A Year Later and I Still Miss Mac

A Year Later and I Still Miss Mac

"And don't know you that sunshine don't feel right, when you inside all day?" 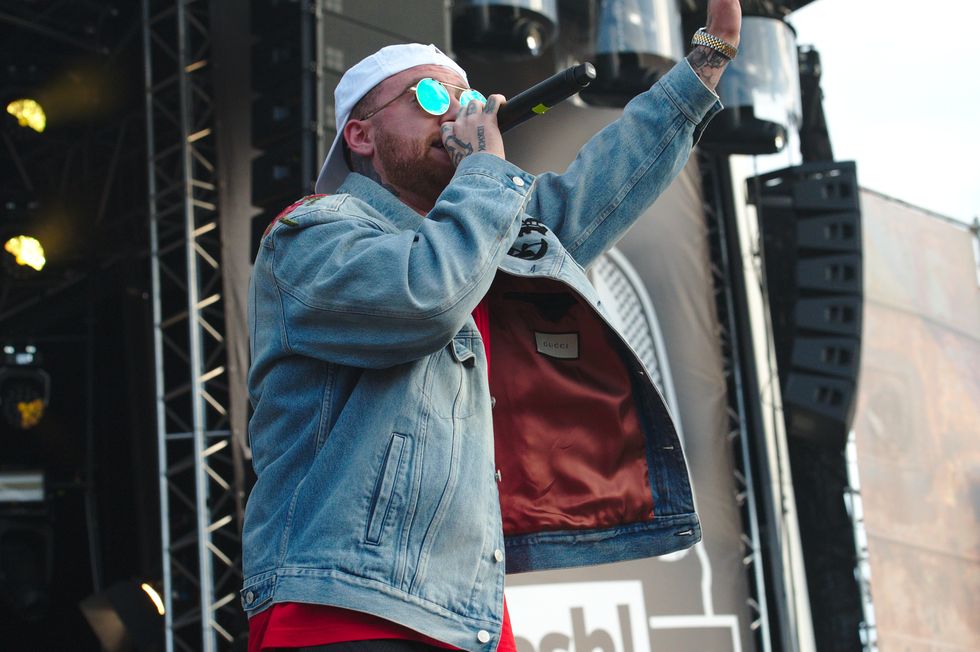 "The hardest thing is to forgive, but God does...
God loves, take one step toward him, he'll take two toward you,
even when all else fails, God'll support you."

September 7th marked one year since we lost musical genius, Mac Miller and it still is so hard to fathom that he has been gone for a year. An accidental overdose took the life of Pittsburgh native on September 7th of 2018 and it rocked the world, changing the path of rap music forever.

The rapper was found in his San Francisco home by a friend around noon on the seventh, where Mac was pronounced dead at the scene once paramedics had arrived. A month prior to his death, his album Swimming had been released in which he addressed his battle with substance abuse and self-love. He was scheduled to tour that album, but with his untimely death, that tour would never start.

It's hard to come to terms and accept the fact that Mac is gone; A lot of us went through our teen years listening to Mac, jamming out to Kool-Aid and Frozen Pizza, cheesing cheek to cheek as he talked about the Best Day Ever, and now all we have is the memory of someone who was gone way too soon, wishing he would Come Back to Earth. Mac grew up with us, he was still trying to figure out life for himself and what he was going to do with his life and career path.

Three days before the anniversary of Malcolm's death, a twenty-three-year-old man by the name of Cameron Pettit was arrested on suspicion of supplying counterfeit oxycodone pills laced with fentanyl to the rapper. Pettit could face up to twenty years in prison if convicted of distributing a controlled substance. Twenty years. That number alone angers me. Pettit is facing twenty years for supplying Mac drugs that he didn't know where laced with fentanyl, drugs that would end up taking his life. You're trying to tell me, and every other fan of Mac that this man who is highly responsible for the death, is only facing a MAXIMUM of twenty years? That's what had me and others on social media upset. It's too small of a number for a crime too big and irreversible.

A whole year has passed and it still seems like yesterday we were finding out the news about Mac's passing, refusing to believe it was real. Some even refuse to believe it's real today, and I don't blame them. Mac was a lyrical genius; He knew how to connect to his fans and knew how to connect through music and make an impact on the world with his music. His death hit the hardest with our generation; He allowed the listeners to see themselves through a different lens and allowed the listeners to see what he was going through and allow his fans to be able to have something to go to when they were going through rough periods in their lives.

His music and words helped so many lives and continue to help even after his passing. When it comes to overcoming life struggles, personal problems, his music is something we can turn to and listen to if we feel that we need to find a purpose in life again; Find something that shows that when life gets hard, we still are able to keep going and push ourselves to change ourselves and impact the world around us.

His impact on other artists also showed his fans that you could think what you're doing is so small and will never affect someone, but, Mac's music inspired so many artists to come out and be vocal about their lives and tell their stories. Despite being judged for decisions he made, Mac still spread positivity, happiness, encouragement, and love. But unfortunately, addiction got the best of him and took his life far too soon, and I think that'll resonate with everyone who listened to his music and connected with him.

"When I get old I'm a be real cool.
Sittin' on the porch with a fresh pair of shoes.
Whole bunch of stories for the neighborhood kids,
Tell 'em to believe, they be makin' it big.
And I know,
that life is nothing easy.
One day, I'm a change the world,
and they'll finally believe me."
-Life Aint Easy, Mac Miller.

As badly as the fans wish he was still here today, and as badly as they wish they could've saved Mac, they were unable to. But, they know Mac will always have a heavy impact on their hearts and we are so lucky to have been able to see him grow as an artist and as a person throughout his musical career.