how our eyes see
Odyssey

Do You Believe What You See, Or Is Your Mind Playing A Trick On You?

A look into how our mind works when seeing an optical illusion. 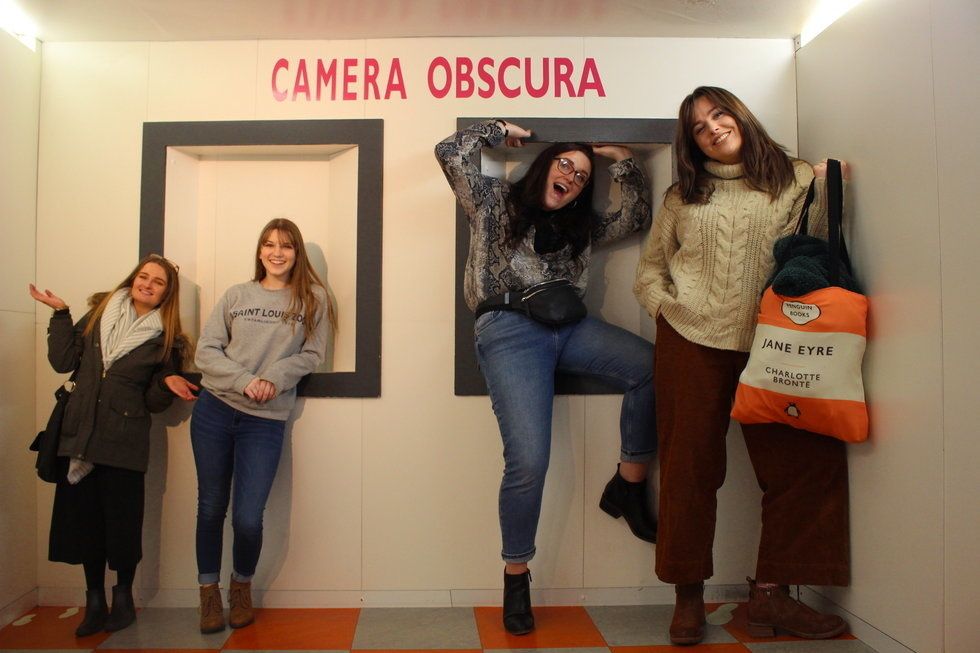 Images may be very tricky to the eye. Several processes are used while transmitting images between the brain and the eye. The brain takes shortcuts to help simplify what is seen by the eyes. These shortcuts concentrate on the important details, but these details are frequently exaggerated or oversimplified to what the eye is actually seeing. Eyes send images or messages back to the brain and in milliseconds, and the brain interprets the "data". An optical illusion is a misrepresentation of real scenery; an interpretation of what is being observed. Children are famous for experiencing optical illusions. An illusion is not a result of psychosis, meaning it occurs due to an external source of stimulation.

Hallucinations, a symptom of psychosis, are caused by internal stimulation due to an imbalance of hormone flow in the brain. A common example of illusions is when a child sees a shadow, but the shadow "looks" to be something other than what it really is. The eyes must send visual data to the brain and receive the images back instantly. The process of sending data can be misconstrued by the immediacy of stimulation. Optical illusions contain complex detail and color that often makes it difficult for the eye to perceive what is going on.

Optical illusions occur because when a picture or an image is looked at, what is really being seen is light bouncing off of the image and entering the eye. The eye converts the image into electrical impulses that then get interpreted by the brain. This all occurs within a tenth of a second! Within the split second while the brain transmits information back to the eye, Mark Changizi, a neurobiologist, stated that "the brain may make predictions about your surroundings in order to perceive the present." By this, he means your mind often looks at an image and quickly without examining this image, it establishes what the image is. Your mind isn't always correct when it makes these declarations about the image thus it is an illusion. During the image conversion, images can be distorted due to their complexity. The brain works quick to transmit information, yet it's still slightly behind.

To understand optical illusions people really need to understand the human eye and how it works. The eye takes in a picture and then an image is formed on the retina or the third and innermost coat of the eye that is very light sensitive. The sensitivity can easily be fooled by illusions. The visual cortex is responsible for processing the information seen by the eye. This sensory stimulation generates another process. A process called "top-down" sends information down to the visual cortex from higher cortical regions. This generates a visual experience that is created in the mind. Top-down processing fills gaps in the visual field by using previous experiences and understanding of what images should look like. The eye knows how certain images should be. The eye tries to focus and see images the way the mind thinks the image should be. This is where optical illusions really mess with the eye. Researchers have studied what is really happening when viewing an illusion.

Although illusions are now being understood, they have been around for centuries. Illusions can be traced back to ancient Greece. Aristotle noted that "our senses can be trusted but they can be easily fooled". However, the real emphasis on studying illusions and brain interpretation took place in the 19th Century. Many theories were created to explain this phenomenon and the Ebbinghaus, Ponzo and Muller-Lyer theories were created to explain why and how the brain interpreted illusions involving light, shape, shading, proportion, and distance. These concepts have been carried over to modern times and are the foundation of magic acts, illusionists, and horror movies in modern day society. The lack of knowledge of optical illusions makes it complicated to understand what is really happening.

Researchers at Carnegie Mellon University have an understanding of how this phenomenon and have determined exactly how much of what the eye sees is from internal feedback and what is an actual reflection of external stimuli. A technique called optogenetics silences the transmission of information from the lateral-medial to the visual cortex. The research was done on mice as they looked at lines moving across a screen. The researchers measured the activity of neurons and found that by silencing the pathway, stimulation was reduced by 20 percent. This suggests that roughly one-fifth of what the eye actually sees is made up by the brain rather than the external environment.

Many people have just gone along with the "fact" that these images can trick people's minds or that the image is actually moving. It has been proven that people's eyes are the fault in these situations. It is difficult for the eye to understand many colors and complex details. The mind has had past experiences that shift to what it would like to see.

The mind tricks the eye into seeing what it already has experienced or understood. Although images are altered, the brain works intensely for people's eyes to see almost exactly what is there besides the minor shifts in the image.