'Minari': An intimate, charming story of a family's American Dream

'Minari': An intimate, charming story of a family's American Dream

Thanks to astounding performances and beautiful writing, "Minari" sticks with you 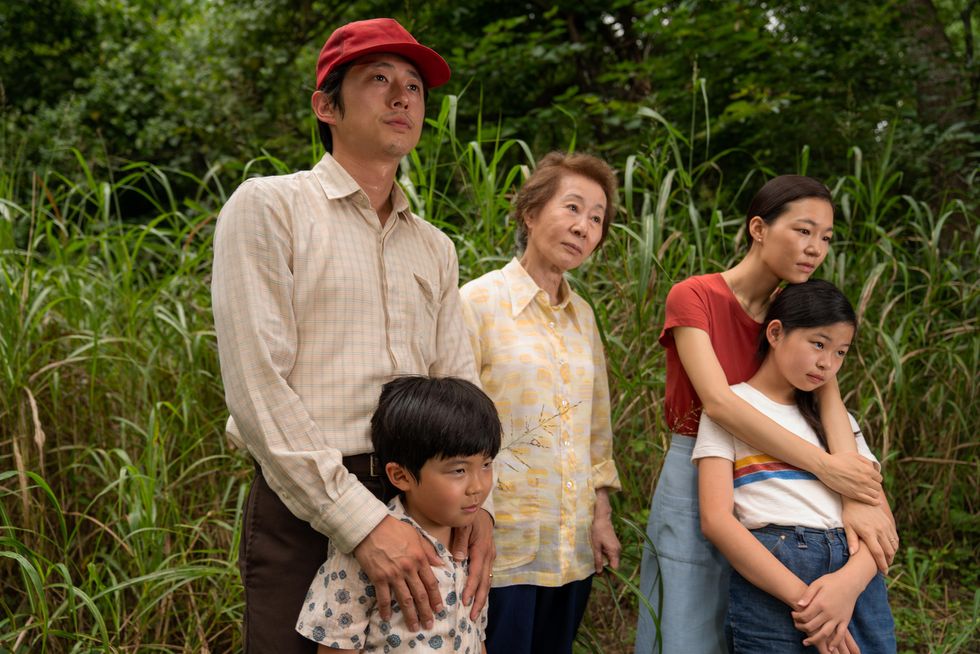 Photo by Josh Ethan Johnson, Courtesy of A24

Written and directed by Lee Isaac Chung, "Minari" takes an American Dream story and makes it simple yet intimate.

In the 1980s, Jacob (Steven Yeun) and his wife Monica (Yeri Han) move their family from California to Arkansas in hopes of building a new life as Korean crop farmers. They have two children: a daughter named Anne (Noel Cho) and an adorable son named David (Alan S. Kim), who steals every scene he's in. But because dreams take time, Monica and Jacob must continue identifying and sorting chicken sexes in a factory, a job they had before the move.

The family also lives in a mobile home far away from other families in the area, and the isolation and disappointment leaves Monica impatient compared to Jacob's glass-half-full personality.

The two fight often, which leads to many of the film's poignant moments. But when Monica's mother Soonja (Yuh-jung Youn) arrives from Korea to watch the kids while Mom and Dad are at work, the small household is shaken up.

The heart of this film is truly in the actors' chemistry and strong character relationships.

David and Soonja start off on the wrong foot. He complains that she "smells like Korea" and doesn't act like an average cookie-baking grandma. But the relationship grows on him like the charming conversations grow on the audience.

Yeun and Han also have an amazing presence on screen together by perfectly balancing each of their characters in different but equally tough roles. With Yeun's boundless hope in Jacob's enthusiasm, it's hard to not root for this family's success.

But one of the most noteworthy relationships in this movie is the family's friendship with a neighbor who was is a Korean War veteran. Chung takes this character and diverts everyone's expectations when it turns out he's a great friend to this immigrant family trying to fit in.

"Minari" is a beautiful story that tells an American Dream tale that audiences cannot miss.

In select theaters February 12th and On Demand February 26th

Virtual Cinema Tickets are also now on sale at the A24 Virtual Screening Room.

In conjunction with their theater partners, A24 has launched a virtual cinema platform to supplement Minari's limited theatrical release on February 12. The A24 Screening Room will host two weeks of Minari virtual screenings as we work together to bring Lee Isaac Chung's beloved film to the audiences who want to see it most.