A Midnight Ride to Rochester
Odyssey

A Midnight Ride to Rochester

A short play, based on true events. 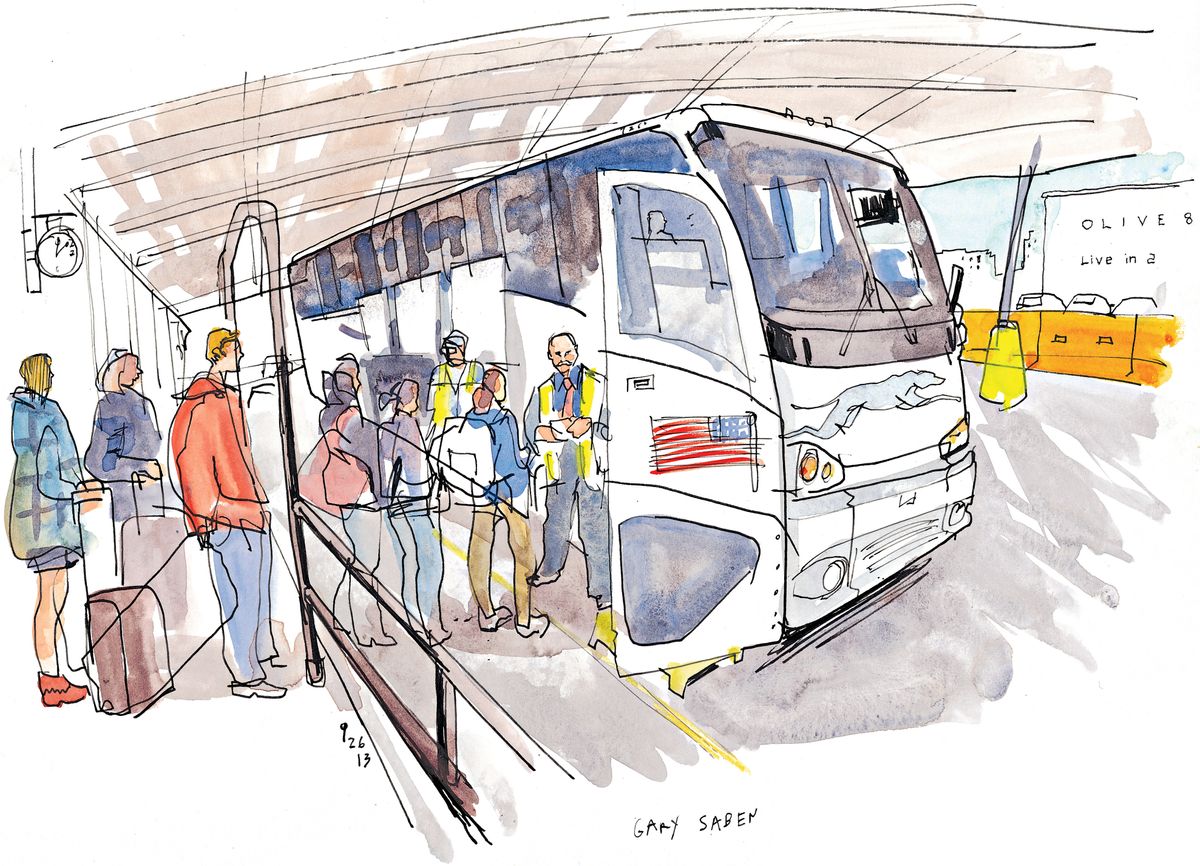 Lights up on a bus, full of dozing passengers and others filing on, trying to find seats. Tinny rap music starts playing from a passenger’s phone. People glance at him and quickly find another place to sit.

JUSTIN: (to no one in particular) You think I’m gonna steal your wallet, is that it? No one wants to sit next to me?

No one answers. Some shift uncomfortably.

JUSTIN: I’m not gonna do anything, no one’s sittin’ next to me. What’s wrong with me? You’re all better than…I don’t know. Think you’re something. I got on this bus, I have a right. They let me on, no one’s sittin’…

He turns the music up louder as the lights dim on the bus and the engine starts.

JESSE: Oh no. This isn’t gonna happen. What kind of drugs is he on? He can’t be crazy. See, he got on the bus. He got here, you know he’s not crazy. Whatever drugs he on, just put him to sleep. He can’t think he’s gonna listen to that, people are trying to sleep.

JUSTIN: (overlapping her) What’s wrong with you? I done nothing wrong. You’re out to get me, messing with my head. What’s with you? (he turns the music down. Beat. Justin pulls out a bong and lights it. Smoke drifts across the stage)

JESSE: (to her neighbor) Is he for real? Is that weed? He’s smoking weed on this bus?

JESSE: They’re not gonna kick him off.

KATIE MAE: Well he only has an hour left, so…

JESSE: I mean, there were cops all over the bus station, they let him on. You know they’re not gonna kick him off. Even though he’s smoking on the bus. Smoking damn weed on the bus.

KATIE MAE: I can smell it.

JESSE: Of course you can, we all can. The windows aren’t open. The driver can smell the weed. I can’t believe this. Is this a nightmare? Is this real?

JESSE: You gotta be kidding me.

CARMA: Justin. Where are you? I thought you were coming over.

JUSTIN: Ah, no baby. I forgot. Did I forget to tell you? I’m on a bus. I’m going to Binghamton. I’m testing out.

CARMA: You coming back tomorrow?

JUSTIN: I gotta go. They don’t like me here, they don’t wanna hear my music. They mad at me, I’m too loud. No one wants to sit next to me.

CARMA: Call me when you get off. You’ll be home tomorrow?

(pause as Carma’s voice is too quiet to hear)

JESSE: (quietly) He’s not testing out of anything, weed stays in your system for more than a day.

JESSE: (settles back down to sleep) 'Long as he gets off the bus in 45 minutes, he can jump off a bridge for all I care.

(the bus settles down as most people drift off to sleep. Rap music gets louder, coming from a tinny phone at the back of the bus)