Middle Sexualities And What People Say About Them

Middle Sexualities And What People Say About Them

Stereotypes are harmful to everyone. 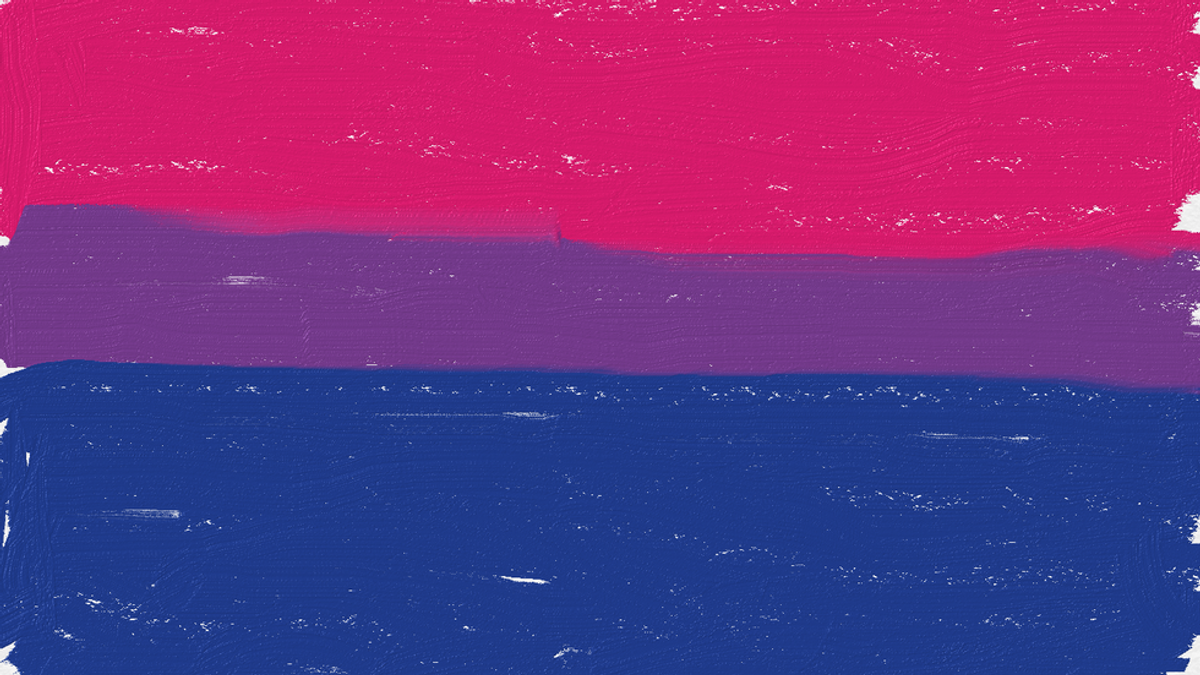 MBLGTACC stands for Midwest Bisexual Lesbian Gay Transgender Ally College Conference. This is the largest LGBTQ+ conference in the nation, and this year it was held at Navy Pier in Chicago, Illinois. The University of Wisconsin-Superior has a student organization on campus called Alliance; I am the Executive Assistant of Alliance. Alliance sends a few students each year to MBLGTACC to learn more about the LGBTQ+ community, and how we can broaden our horizons, diversity, and inclusion on campus and in our community. This year I was one of the lucky students to be sent to Chicago to learn as much as I possibly could from what MBLGTACC had to offer.

"bisexuals are half gay and half straight"

"you're more likely to be polyamorous"

"does that mean you'll have a three way with me and my boyfriend!?"

I have heard all of these and more. But what causes these harmful stereotypes?

Robin Ochs in her wonderful Bisexuality 101 workshop told us it was because of five specific limitations of society.

1. We are hard to see. Middle sexualities are hard to identify. When you see a perceived man and woman walking down the street, what do you assume? What about two women? Or two men? We make assumptions based on how people look, and so being a middle sexuality is difficult to identify.

2. We live in a twisted sexualized society. Amerian culture tells us that being "sexy" and having "sex appeal" is terribly important, but then we are told that sex is also a taboo and is not supposed to be talked about. When surrounded by a hypersexualized society and having stereotypes placed on you about your sexuality, it can be extremely harmful to LGBTQ+ people.

3. There is a reinforcement of binaries. You have males and females. Feminity and masculinity. You have gay people and straight people. Right? Wrong. There are so many more identities out there than the binaries, and they are intertwined and intersectional and beautiful. However, our society believes in binaries, and that can be bad for a demisexual bisexual feminist woman.

4. Lack of education. Not understanding why something is wrong can be just as harmful as doing it. Lack of education can lead to the reinforcement of those harmful stereotypes. This is the thing that supports binaries and prevents people from asking questions. Educating people is important in any cause, and in this specific cause, it can mean the difference between life or death for some people.

5. Last but not least, Hurt People, hurt people. When someone has a bad day, they go home and yell at their kid, then the kid goes and kicks the dog. This is called "Horizontal Hostility" and causes fear hurt and ignorance. The LGBTQ+ community is guilty of this in a lot of places. Instead of thinking your pain is greater, and lashing out at someone who is in pain for asking for help, try to understand their place. Middle sexualities are often forgotten because we can be "straight passing" or we "can't be oppressed". But saying these things is oppressing us!

Remember that people are people, and we all deserve respect and basic human rights. So the next time you see a woman and a man walking down the street together, remember to think before you assume.