The Messages Behind "Sing" And Why YOU Should Watch It
Odyssey

The Messages Behind "Sing" And Why YOU Should Watch It

A movie filled with hopeful animals, laughter, tears, inspiration, and overall powerful messages for all types of audiences. 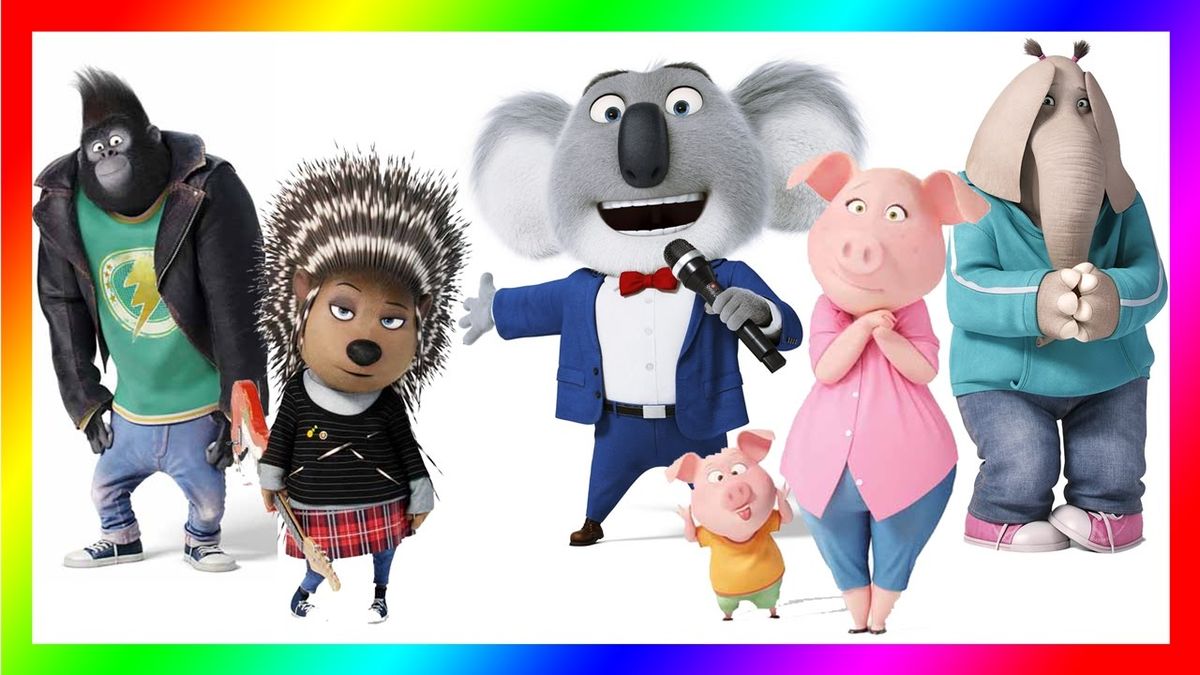 Going into watching this movie I had absolutely no idea what to expect. All I knew was that it focused on a bunch of random animals trying out and competing in a singing competition, but I had no idea I'd end up drenched in tears, my heart full of warmth, and songs stuck in my head for days only to annoy every person around me. After watching it way more times than I intended, I discovered subtle messages behind each character, scene, and plot that the movie concentrated on. The deep and unexpected messages within this movie were not what I was expecting; I was expecting a movie strictly about silly animals singing. But I was very wrong; it's much more than that. The messages contain words such as;

If you have a dream, chase it; no dream is too big.

Buster Moon, a koala filled with hope, had a dream since he was a kid to own a theater. With hard work and the help of his father, he succeeds. Some bumps in the road are hit regarding his theater, but he keeps fighting in order to keep this dream alive. While there are areas of doubt, like all troubles see at some point, friendships and perseverance keep him going.

Face the crowd and reach for the sky no matter how far up it seems.

Meena has a dream, but does not know how to reach it because of her shyness. It's difficult for her to share her beautiful voice because of this stage fright, but she keeps stepping out of her comfort zone in order to try again. To her, conquering this fear seems impossible, but to her family and friends, it seems more than possible.

Don't be embarrassed doing what you love.

Gunter is always full of energy and ready to bring laughter and smiles to the audience. He doesn't have an ounce of shyness in him. He will get along with everyone without even trying. When paired with Rosita, a pig who can sing but needs help dancing, he jumps right in with no hesitation whatsoever. He's happy with who he is and what he does; "embarrassment" isn't in his vocabulary.

You deserve the world, so don't settle for less.

After her boyfriend breaks her heart, she decides to do what she's always wanted to do and chase her dreams to become a song-writer and singer. Her strong independence and strides to her dreams catch everyone's attention. Once a heart-broken hedgehog is now an independent super star.

Life doesn't always go as planned, but make the best of it.

Johnny has a rough home life throughout the movie and sadly, things do not work out as planned. However, this does not stop him from pursuing his dreams and continuing doing what he loves. While his mind is occupied with thoughts of his dad and mistakes that were made, he puts on a show that no one will ever forget.

Rosita faces trouble throughout the movie involving her dancing. While she ends up being an astounding dancer, she struggles getting to that point and loses hope in herself. This loss of hope doesn't stay though after setting her mind to it, letting lose, and dancing her way to success.

Family is always with you; memories are important.

Buster Moon references memories with his dad multiple times throughout the movie. We learn the hard work his dad did in order to help Moon own the theater and how close the two were. The constant memories of him and his father push him through difficulties. He is proud to have succeeded and knows his dad would've been even more proud; this shows the hope that family gives.

A common theme throughout the movie is "You know what's great about hitting rock bottom? There's only one way to go, and that's up!" This theme stayed consistent throughout the entire movie and eventually came into play for every character. Each character is facing their own hardships and battles, but they put those all aside to do what they love to do: sing.