The 11 Best Songs From The 'Mean Girls' Musical Soundtrack

Do you even go here? 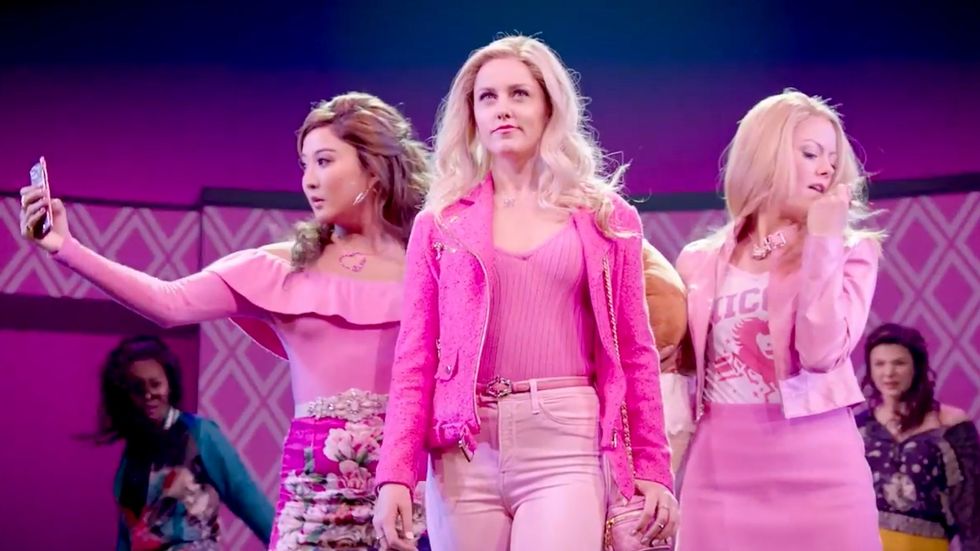 "Mean Girls" is a relatively new musical based on the 2004 movie written by Tina Fey. Here are the best numbers from the soundtrack.

Regina manipulates Aaron into taking her back at his Halloween party by pretending to show vulnerability because she knows he returns Cady's feelings. The song that should have won Taylor Louderman (Regina George's actress) a Tony.

Cady finally agrees to take revenge on Regina after she takes Aaron back knowing Cady likes him, and she, Janis and Damian come up with plans to take her down. Janis singing about cake twice in one line is a MOOD.

Regina releases the pages of the Burn Book, leading everyone in the school to fight each other, and pinning the blame on Cady, Gretchen, and Karen for creating it. Regina gives the iconic red-bottoms a shoutout, saying she will grind Cady to sand beneath her Louboutin heel.

Our epic introduction to Regina, Gretchen, and Karen, with commentary from Janis and Damian.

After a month since Regina and Aaron broke up, Cady wants to speed up the process of him getting with her next through social media, so Damian warns her against it using his own dating horror story, and asks their classmates to share mistakes that they have made and regretted (with a dance break, of course).

Regina and Karen lock themselves in the bathroom to work on their eyebrows, and Gretchen expresses to Cady that she thinks Regina might be mad at her and inadvertently shares why their friendship is actually abusive.

The opening number of the show in which Damian and Janis welcome "incoming freshmen" to North Shore High School and tell Cady's story as an example of what not to do.

Damian and Janis introduce Cady to the various cliques at North Shore High during lunch. We see that although Damian is "not exactly a joiner," he should join show choir, given his love of dance breaks.

Cady and the Plastics take a trip to the mall, and Janis warns Cady that although Regina looks sweet, she is actually dangerous. At the mall, Cady sees that but doesn't care because as long as she's friends with Regina, she is powerful and has a sense of protection.

Karen gets her own fun number, revealing that as the "hot one" it's her job to be what people want to see, but Halloween is the one time a year she can be whoever she wants to be, which is why she would make Halloween every day if she could change the world, right after world peace.

A drunk Cady reveals to Aaron at her house party how she thinks her life is better now than when she was in Africa because she has "more friends" referring to the inebriated crowd downstairs who have no clue that this is even her house, aside from Gretchen. Aaron confesses that he liked her before she changed herself to fit in, before leaving to Cady's dismay.

9 Movies And Musicals: Which Adaptions Did It Better