What Working At McDonald's Taught Me About Privilege
Odyssey
CurrentlySwoonLifestyleHealth & WellnessStudent LifeContent InspirationEntertainmentPolitics and ActivismSportsAdulting
About usAdvertiseTermsPrivacyDMCAContact us
® 2023 ODYSSEY
Welcome back
Sign in to comment to your favorite stories, participate in your community and interact with your friends
or
LOG IN WITH FACEBOOK
No account? Create one
Start writing a post
Politics and Activism

What Working At McDonald's Taught Me About Privilege

"At work, my mental illness and I were irrelevant." 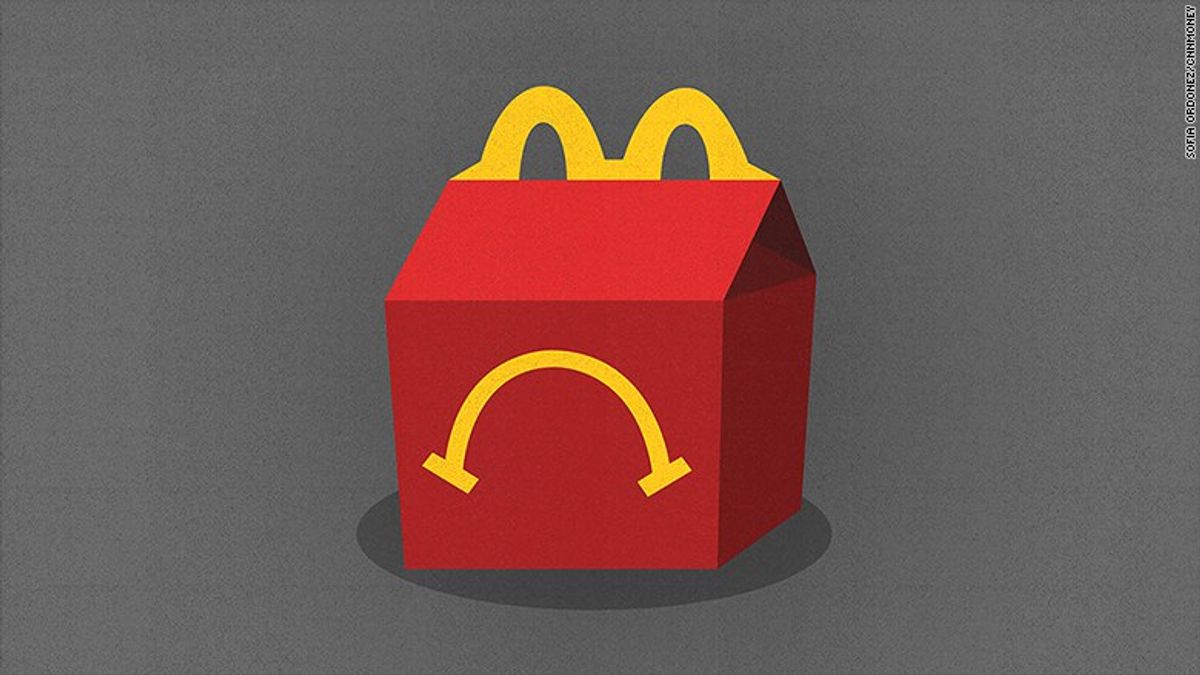 During Customs week, in PAF sessions, and in everyday discourse here at Haverford, we are taught to ask for help when we feel we need it, speak up when we feel uncomfortable, and prioritize our own well being over most other things. At McDonald’s, acting in this way could have cost me my job, a job I needed to afford college. There, I, as an individual, was insignificant: The most important thing was that the customer walks away satisfied, and it didn’t matter what I had to go through to make that happen. There is something ironic about this: In order to do what was necessary to be a Haverford student, I had to act in un-Haverford-like way.

Because I worked the front counter, whenever there was a problem with an order — even though I never made the food — I was the one who was verbally abused. “One must never interrupt the customer,” and “The customer is always right,” so I would stand and listen to the entirety of elaborate rants, trying to put aside the attacks on myself, on McDonald’s, on America, and on capitalism, so that I could report the relevant details to those who actually had the power to correct the problem. These issues were usually simple, like a missing piece of cheese from a McDouble, or whipped cream on a milkshake when they hadn’t wanted any.

But more often than not, the customers were not interested in carefully calculating a response to match the apparently trivial nature of the situation, thus sparing my feelings. They were in a rush to get back to work, or they were dealing with their screaming kids, or they had calculated the cost of their meal down to the cent out of necessity and could not afford a mistake. And they had a right to have their meal they way they ordered it, so we fixed it as quickly as possible and didn’t talk back. Even if the customer had misunderstood some aspect of their order and was actually the one at fault, I was instructed to give them the benefit of the doubt and give them what they wanted, sacrificing my own dignity.

I have PTSD — because of this, the environment at work was anxiety-producing much of the time. Yet there was no “trigger warning” for when a customer was about to start yelling, when the restaurant would get so busy that I had no time to breathe between orders and the noise would make me feel faint, when a group of men in the drive-thru would whistle and catcall me as they pulled away. The sexual harassment I experienced there is another story entirely — the point is, at work, my mental illness and I were irrelevant. And from that, I grew; I learned to take care of myself in ways that didn’t inconvenience anyone, draw unnecessary attention to myself, or interfere with the structures in place and the work which had to be done. McDonald’s was not a “safe space” for me, and that was how it should be; I was a small part of a big picture, and my feelings had no business influencing said big picture.

Those of us who need to work in order to support ourselves and pay tuition cannot afford to internalize the soft, self-centered mindset presented by our peers and customs folk at Haverford — had I gone to a manager and complained that I become anxious when the restaurant is busy or that hearing complaints from customers made me nervous, the manager would have concluded that this was simply not the right job for me. I would have gone home, and I would have been unable to pay the student contribution from summer work that is built into my financial aid package.

Before you encourage someone to practice “self care” in its current definition, think about in what situations this is actually useful or feasible advice — this extends to life at Haverford as well; since I work three campus jobs, I only have enough time on many days to go to class, go to work, and do my homework. I’m grateful to have worked at McDonald’s: It taught me how better to handle my anxiety and how to put myself last in the name of efficiency and a common goal. McDonald’s strengthened my character, my work ethic, and expanded my capacity for resilience, valuable lessons which could not be learned in the “safe spaces” of Haverford’s campus. We must remember that putting oneself first is the essence of privilege, and that, in order to grow, we must leave this selfish mindset behind.

Nicole Marie Nigro
Individual Creator
6449
c1.staticflickr.com
Where to start...... Let me start with the cliche that life throws us curveballs and what we do with it is what counts.