What Your Go-To Mario Kart Character Says About You As A Person
Odyssey
CurrentlySwoonLifestyleHealth & WellnessStudent LifeContent InspirationEntertainmentPolitics and ActivismSportsAdulting
About usAdvertiseTermsPrivacyDMCAContact us
® 2023 ODYSSEY
Welcome back
Sign in to comment to your favorite stories, participate in your community and interact with your friends
or
LOG IN WITH FACEBOOK
No account? Create one
Start writing a post
Entertainment 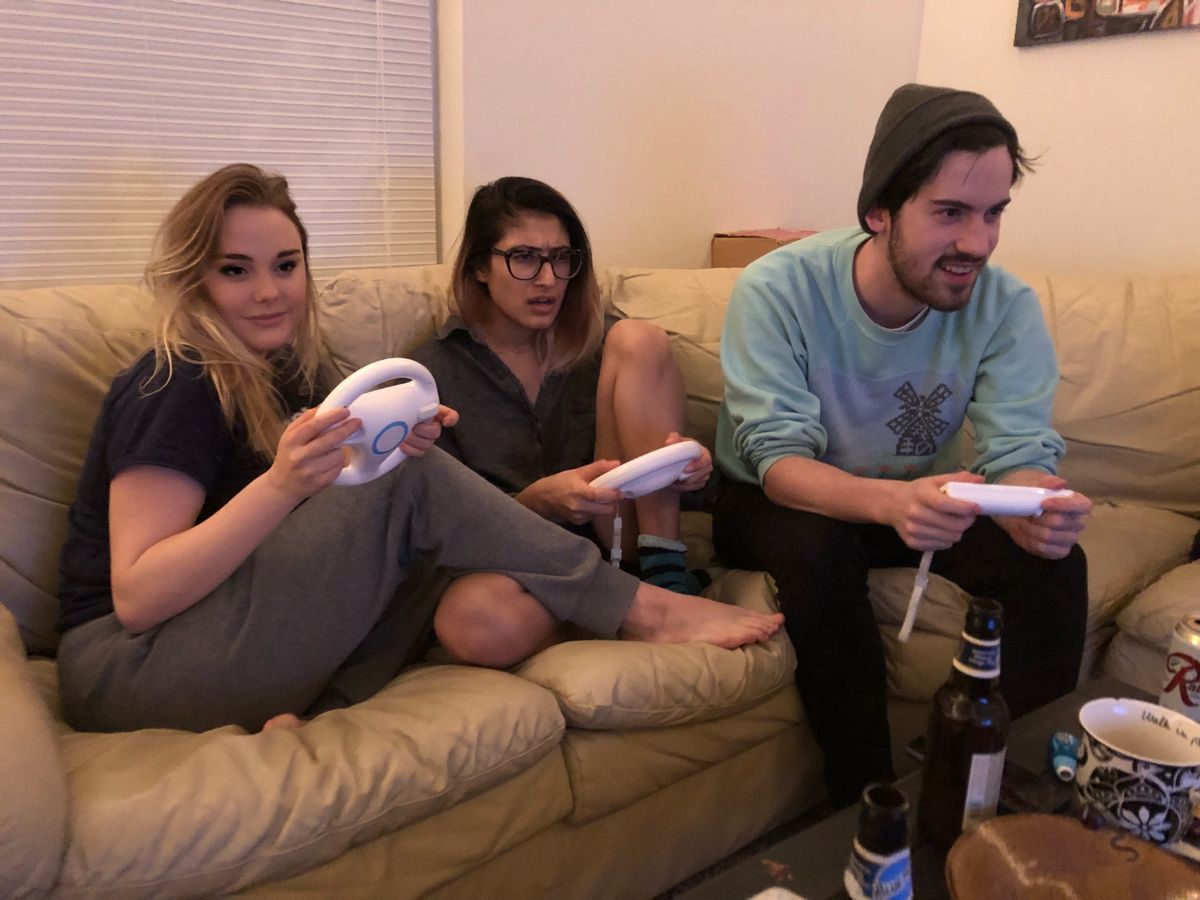 It’s the defining moment. You turn on your game console (if this happens to be a Nintendo 64, you get extra brownie points), put your game face on, and wave goodbye to your friends because they will be mortal enemies by the time this tournament is over. It’s Mario Kart time. More importantly, it’s time to choose your racer. Your character choice goes beyond the game. Your character choice defines who you are. Allow me to explain.

Don’t turn your head away from these people when they’re drunk, because they’re most likely going to be texting their ex. These people are fun, drink Barefoot wine, try their hardest to twerk, and spend hours shopping at Forever 21. They are not ashamed to tell you that they thought the Fifty Shades of Grey trilogy was amazing. They’re fun, but they’ll be the first to admit that their lives are a bit messy.

The claaaasic! You’re that one person that I see on the bus every day, and then randomly see at a party that night. You kind of see these people everywhere, but they seem to be holding the same facial expressions and mannerisms everywhere. They are kinda just here for the ride with no complaints, and you can count on them wherever they are to hold some solid, enjoyable small talk.

You’re that guy at the back of the class that makes a really obvious comment every once in a while to ensure your participation grade in the class. You seem really cool and collected but in reality are really banking on the claims your Axe bottle advertises telling you this scent will be a womanizer to give you some confidence. You’re nice and have a solid group of friends, but you’ll be the first to send a “you up?” text at two in the morning.

MY PEOPLE. Yoshi people are the best. They’re not going to bug you at five in the morning to go on a jog but are down for a little adventure every once and a while. Yoshi people have it going for them, but not in an obnoxious way. Like we have a declared major, a steady job, but we’re not behavioral neuroscientists with an impressive resume that will make you feel insignificant.

Ugh. You’re hypermasculine. You probably have an obnoxiously oversized whey protein container sitting on top of your fridge. You’re an annoying meathead whose main source of news is “Barstool Sports.” I try not to play with Bowser people because I’m a little afraid they’re going to throw the remote out of frustration and break my TV.

Honestly, who doesn’t love a Luigi player? Luigi people are so accountable. You can almost always count on them being in a good mood, though they really don’t care about being the center of attention. They’re funny, but not in the showy way where they’re always cracking jokes. Every once in a while they’ll slip in a funny side comment and it’s almost always hilarious.

Toad people are so damn cute, but maybe I’m only thinking of this because Toad himself is such a cutie pie. They give the best hugs and tag you in the best memes. You don't have to text them every day to ensure them that you love them. They’re always there for you, but you don’t have to constantly text and call them to ensure them you still love them. When you need them, they’re there with your favorite fast food meal and a listening ear. Thank you Toad people, you’re a loyal bunch.

Goodbye. You’re so annoying. You probably wore bucket hats past when the trend of it being funny was over. You’re go-to dance move is “dabbing” and you’re that weirdo at the club who gets really drunk off of Jaegermeister. You’re that one guy who thinks it’s super cool to only eat bacon for every meal, and you make annoying, not-funny dad jokes that make everyone roll their eyes. Sorry, Wario players, I’m being harsh, but oh man, I can’t stand you.

9. Baby Mario and Baby whatever.

What the...? No. You think you’re cute and it’s annoying. You probably overuse the dog filter on Snapchat and think “The Chainsmokers” just sooo get you. Go pick a real character.

This little guy was added to Mario Kart in the Wii version. Koopa Troopa people are bound to be Yoshi players’ best friends. I don’t know much about him because he’s pretty new, but I feel like Koopa Troopa people tend to be secretly wise. Like they’ll sit back and learn from others' mistakes before making their move. I feel like most of these people are philosophy or art history majors because they just think uniquely and are going to spit some real knowledge if you let them.