We destroy life and pollute the oceans and skies, yet we have the audacity to call ourselves superior beings. 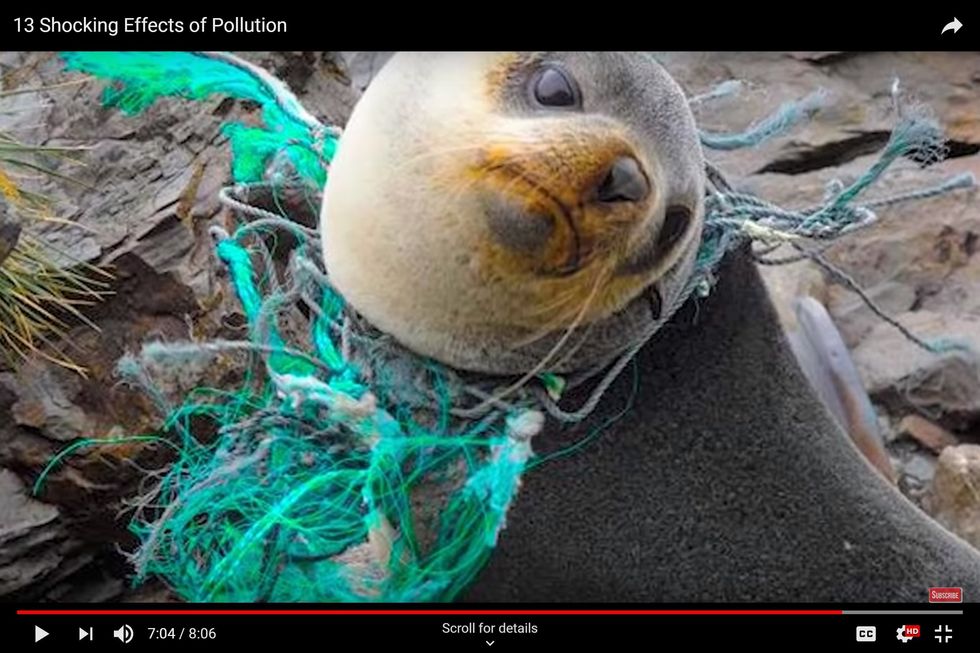 More than one million marine animals die each year due to the overuse of plastic materials.

If you take a walk along the beach or swim in the ocean, you are bound to see some sort of trash. This trash does no good to those animals who are in the oceans. If we are doing something and we step on a piece of trash, we are able to pull it off, but the marine life cannot. The trash sticks with them, and sometimes it might come off.

We are killing the wildlife with the plastic and the trash.

Throughout the past few years, the marine life population has been declining. The ocean is a vital part of our food chain, feeding billions of people around the globe, and helps keep us alive. The world over fishes in the oceans, and empties trash into our oceans.

If you become aware of your daily living, plastic is used for everything. Plastic soda bottles, plastic chip bags, plastic grocery bags, plastic wrappers, and so much more plastic. Think about all the plastic straws we use, that plastic goes right now the esophagus for the marine life animals.

The amount of plastic in this world will take millions of years to actually break down. The plastic is not broken down fast enough.

But, until then, our oceans are getting all the plastic we are using.

All these plastics look appetizing to the marine life animals — they do not know it can harm them. For example, a bag floating looks appetizing to a turtle because it looks like it is a jellyfish floating up and down.

Humans average a total of 14 billion pounds of waste into the oceans per year. This number keeps reaching its peak every single year. Researchers have shown by the year 2040 the amount of plastic in the sea will be higher than the actual sum of marine life.

It is a proven fact that fish are not growing because they mistakenly eat the plastic more than their regular food. The waste usually comes from coastal areas, but some make it ways through inland waterways into the ocean. The plastic gets stuck into the marine life bodies along with toxic chemicals and bacterial absorbed by the material.

Plastic rings are a big thing — the six-pack of beer, soda and/or drinks.

It baffles me how people can let these animals digest, get tangled and die because they can't reduce plastic usage and/or not throw the plastic into the oceans. More programs should be set up to pick up beach trash and cleaning the oceans. Even though every single piece of trash won't get out of the waters. A little help can make a world of difference to the marine life.

Stop littering your trash, become aware of the amount of plastic you actually use, pick up trash off the beach if you see it there and become educated on those marine life animals.

The ocean is calling for help, and you need to be their voice.

"For the wildest things on Earth, the future must depend on the conscience of mankind" — Dr. Carr

environment
Report this Content
This article has not been reviewed by Odyssey HQ and solely reflects the ideas and opinions of the creator.