Love, Victor: Do We Really Love It?
Odyssey

Love, Victor: Do We Really Love It?

A review of the new Hulu original series, Love Victor 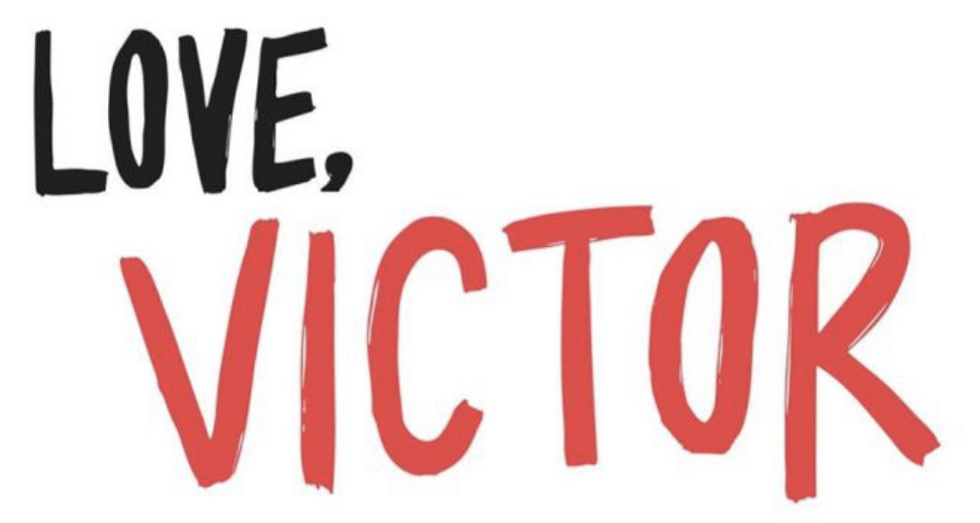 Earlier this month,Hulu released its new original show, Love, Victor. Love, Victor is a show based in the universe of the movie Love, Simon. Both of these owe their original world to Becky Albertalli and her book, Simon vs. The Homosapiens Agenda, the book that Love, Simon was based off of. While Victor nor any of the main characters in Love, Victor are in Albertalli's books, they do attend the same school and live in the same area that Simon and his friends did.

Like Simon, Victor is a gay teenager in the closet. Except his situation is a little different. In ten episodes, season one follows Victor as he moves to a new city and school and tries to navigate his own sexuality and the confusion that comes along with it.

After binging the series last week, I have a lot of thoughts. I very much enjoyed the show and its message, but that doesn't mean I didn't have my problems with it. WARNING: Spoilers Ahead

There was so much about this show that was done well. The first thing that I noticed was Victor's life is very different than Simon's in terms of family and culture, which was done intentionally. Love, Simon was a fantastic movie and Simon vs the Homo Sapien Agenda was a great read. However, aside from Simon's experience of being blackmailed while in the closet, he has it pretty easy. He's white, his family is upper-middle class, not religious at all, and liberal. So while coming out is always hard and Simon's journey was very moving, it was also idealistic in some senses. He had immediate support from his family, he was even supported by most of the school in the end.

Victor's case is different. While his family is also wonderful and supportive of most things, it doesn't seem like being gay is one of those things. Victor's grandparents are outwardly homophobic, and his father doesn't care-- unless its his own son. Victor's family is very religious, something that he believes will hinder them from accepting him when he comes out.

Additionally, his parents are dealing with their own marriage problems as Victor is trying to make sense of his sexuality. I really enjoyed seeing the portrayal of Victor's experience and the fact that they acknowledge multiple times throughout the series that his situation and Simon's situation are very different from each other.

Something that really stuck out to me about this show was also the focus on the friendships between the characters. Despite the show ultimately being about Victor's sexuality and the love story between him and Benji, the show did not shy away from the importance of friendships.

Victor's first new friend, Felix, practically glues himself to Victor's side in episode one and they have a great dynamic. Felix is ultimately the first straight person that Victor comes out to, and it's one of my favorite scenes from the whole series. There was also a focus on the friendship between the other two main characters of the show, Mia and Lake. I thought this was important because all too often shows pit their female leads against each other, but these girls were supportive of one another throughout the entirety of the show.

Each of the characters brought something new and interesting to the table. Mia wasn't just a love interest or a stepping stone of Victor's on the way to figuring out his sexuality-- she had a complex relationship with her father, an absentee mother, and a new overbearing soon-to-be step mom.

She also had an interesting relationship with Andrew, a character who could have easily been deemed the Mean Jock at school, but who was given depth and the potential for development. Lake, who also could have easily fallen into a stereotype of her own as the popular mean girl, showed signs of development and even delved into her own insecurities. Pilar, Victor's younger sister, was given a life of her own, motivations, and a personality. Every character was their own person, not just shown as who they were in relationship to Victor, which I really enjoyed.

Something that I also thought was really well done were the Love, Simon cameos in Love, Victor. In the first episode, Ms.Albright, a teacher from Love, Simon, appears as vice principal. She greets Victor on his first day and even tells the story of Simon and Bram. Simon and Bram also show up themselves in episode 8, each having their own special moments with Victor. All of these cameos and nods to the original material were enjoyable for fans, and I applaud the show for being able to include some of the old characters without taking the focus off of Victor.

Overall, the show was very enjoyable. I laughed; I cried. However, there were moments that I really didn't like too.

My biggest critique of the show is, unfortunately, rooted in Victor and Benji's relationship. Now, I love them as a couple. They're cute, their scenes made me laugh, and I believe the feelings on either side are genuine. However, I would have liked to see their story told...differently.

I've never personally been a fan of the cheating trope when it comes to LGBTQ ships. The idea that the gay character in the closet has to cheat on their significant other and its somehow justified just doesn't sit well with me. I can understand Victor's intention was never to hurt Mia, that much was clear. And I was willing to forgive the scene where he first cheated on Mia in the hotel because he wasn't really thinking clearly, and he apologized right after.

However, the scene where Victor and Benji actually get together is what really bothered me. Victor led us to believe he was at this dance for Mia. His intentions were to make this one last big special night for her, and I was happy with that premise. However, he ended up spending most of the night with people other than Mia, or just avoiding her completely. Then, he makes out with Benji on a bench in front of the school while she is inside still believing she's his girlfriend and he's there for her.

I understand Victor was happy, and I do like him and Benji as a couple. I just feel as though if he had confessed to Mia before this scene on the bench, I would have been able to enjoy it much more than I did. Mia finding out this information by catching Victor kissing someone else at school must have been devastating for her.

Once again, I know there was no ill intent on Victor's part. I know he wasn't trying to hurt Mia, but his negligence and carelessness did lead him to doing so, whether he meant to or not.

I also just though they could have focused a little more on Benji and Victor's development. All of their scenes were cute. The montages, the dancing, the work scenes in the cafe, they were all great. But I feel like we never had much emotional depth with them until the very end. I honestly would have liked to see more of a focus on them rather than couples like Lake and Felix, who, while being cute, were quite frankly boring.

I didn't think Derek, Benji's boyfriend, was necessary at all. He was just kind of there to be a jerk. The story wouldn't have changed much without him, and he was the only character we don't know anything about except for his relationship with Benji. If they were going to be a serious problem for Victor and Benji, I think there should have been more of a confrontation. I would even go as far as to say Victor and Benji should have waited until season two to officially get together.

That being said, I do really like how the series ended. A cliff hanger, of course, but a good one. For the first time, Victor says the words "I'm gay" out loud. We will have to wait until next season to see his family's reactions. I'm looking forward for hopefully and reconciliation and friendship between Mia and Victor, continued friendships, and learning more about characters like Andrew and Benji, who's home and personal lives remain a mystery outside of the main cast.

Despite my critiques, I do think Love, Victor was an excellent show. It had a very important message, and I think it delivered it carefully and effectively. I will absolutely be returning to Creekwood (if) when there is a season two.