Love Is A Wild Thing

Love Is A Wild Thing

A modern love letter to the friends who made college home. 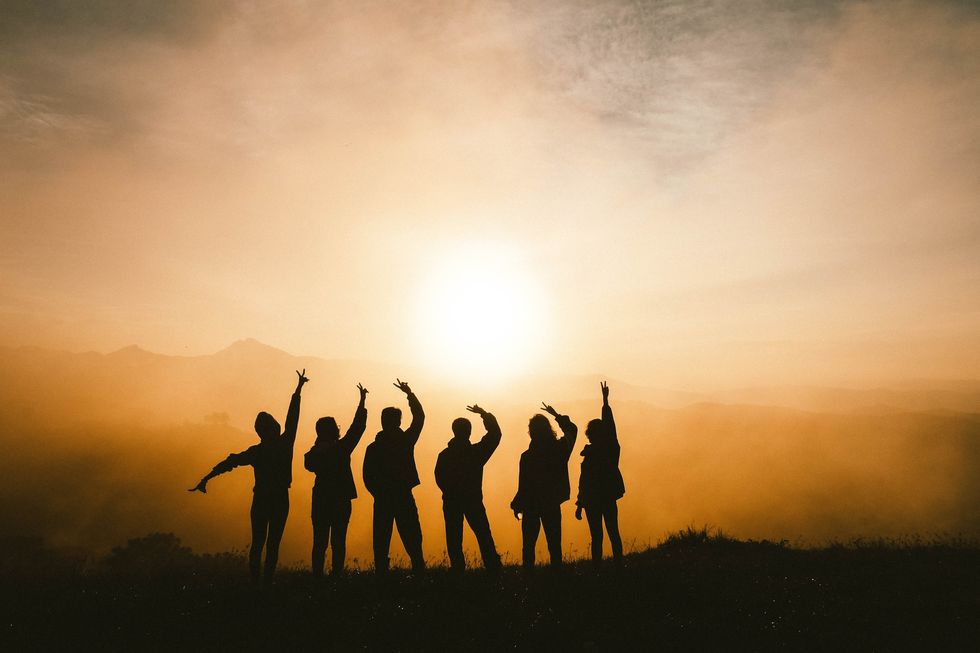 Photo by Chang Duong on Unsplash

The second I got to this, my first college campus, I counted down the days until my departure. I wanted nothing to do with it. I wouldn't miss sitting around the dining hall eating the shitty food while manure from outside wafted in. Nor would I miss the confederate flags on trucks in the parking lot or listening to people defend that same flag and swastikas because they're "just items." I wouldn't miss hearing about people nearly being sex trafficked near my apartment. And I sure as hell wouldn't miss the odor of raw fish when I walked the path between the gym and my apartment nor the grade school cliques that people haven't yet let go of.

It was one of those days—the manure and raw fish day which made a potent concoction that prompted bile to burn my throat. The rain didn't help either as it splayed across the path—making a bottomless vortex of rain sludge as a thick barricade to the other side. I tried walking slow enough to not splash any of the sludge onto my leggings—a stealthy spy in the making. But as I picked up my leg there was some backsplash; it got my ankles. I'm pretty sure I thought about disinfecting my ankles and throwing away the leggings. I can't wait to leave this place, was all I thought while I tried to refocus on the music in my earbuds.

I'd been obsessed with Kacey Musgraves for about a week or two—the entire album was on constant repeat. Love is a Wild Thing started to play just after the toxic waste of a puddle got me. There was some type of comfort in the words—the way they melded together and constructed a melody of emotions.

The solace the words brought me among the wet and the sludge and the manure/fishy odor—the memories and people who have made my college journey what it is cannot be discounted by the mere fact of the intangible things I loathe about this campus. I didn't discount them before, or so I thought. But the excitement I had about transferring always made a leaden rock sit heavy on me—the guilt weighing down until I felt like I'd drown in the sludge of my thoughts.

I didn't discount them in the sense I wanted to get away from them—I didn't. But I was focusing so much on leaving that I felt like I lost my way in realizing what I'd miss—the love I'd lose. I thought about it, but never as intently like I was while listening to Love is a Wild Thing. I always thought of the day I'd leave, but thinking of what I'd miss became harder for the simple fact of the copious amounts of love I have for the people here.

These people had found me amongst the rubble of my own fear and vulnerability when I came to this campus. They found me and became a part of my family and here, damp with the memories and rain mixing together I thought back to everything I wouldn't just miss—I'd lose.

"Running like a river trying to find the ocean"

Friends Fridays with Natasha—sitting in the coffee shop, drinking warm cocoa, and huddled together watching Friends with the volume nearly muted, captions on, because we didn't want to be those people. Every Friday, without fail, we were there to soak in another episode. Sometimes it wasn't cocoa—coffee or tea, sometimes chocolate croissants. We'd order from the barista who looked like he belonged in Smash Mouth as he joked around with us and knew our orders before we did. Sometimes we sat together, quiet, writing poetry and just letting ourselves create in the safe expanse of each other's company completely content in the stillness and silence. But, the one constant, through everything, were those Fridays where we'd hang out and destress from the week.

"Flowers in the concrete"

Local café dates with Kay and Mallory—where the portions are too large and we stay well after we've finished eating. Catching up and talking about our lives or writing or politics. Nothing ever off-topic. It's where I had my first taste of pecan pie, thanks to Kenneth and where I found the most delicious grilled cheese in the world, thanks to Mallory. It's where Mallory scrunches her nose up at her side of pickle and I put out my hand with anticipation for the extra treat. It's where we talked about the latest poetry scandal in the writing community and where we went once or twice a month to just be together—our own little English-major family.

"Climbing over fences, blooming in the shadows"

Watching shows with Alice—huddled around her laptop because our TV broke. It's where I watched KDramas for the first time and screamed at Scarlet Heart when a certain Prince had officially pissed me off. Or when we watched a French cartoon, especially on snow days—watching the adventures unfold and be pained during the movie finale. It's where I first tried mochi and fell in love with it and where we'd binge four to eight episodes a night between freshman and sophomore year. We always had a show or something to hold our attention when we wanted to wind down and hangout—to just enjoy each other's company.

"Places that you can't see/Coming through the melody when the night bird sings/Love is a wild thing, yeah"

And here, amongst the rotting stench of fish, I realized these were things that would never be the same as they were. No more Friends Fridays or café dates or after homework shows—everything that I did love about this campus is exactly what I'd never have in the same way again. I'd lose them how they are this very instance, but maybe, like the song says, I can find them somewhere like they found me. Because even though I came back, their lives are moving on and, now, I'm the one left behind.

There's a certain pain when the people you love are far from you. The truth is, after trauma and heartbreak from friends and family, I built so many walls around myself. I locked every door and window into my heart and came into this school with no intention to make any friends. But these people found their ways into my heart and made a home there. Without them, I don't think I would have ever gotten out of the dark place when I came here. That pain? It morphed into love to give to them. Even though, at the end of the spring semester, they have all moved on, I know that we'll find each other again, somehow. That's what families do.

"Even if you lose me, I will find you"