Military Brats Are Wild Animals, Each Of Them A Horse Of Different Colors
Odyssey

Military Brats Are Wild Animals, Each Of Them A Horse Of Different Colors 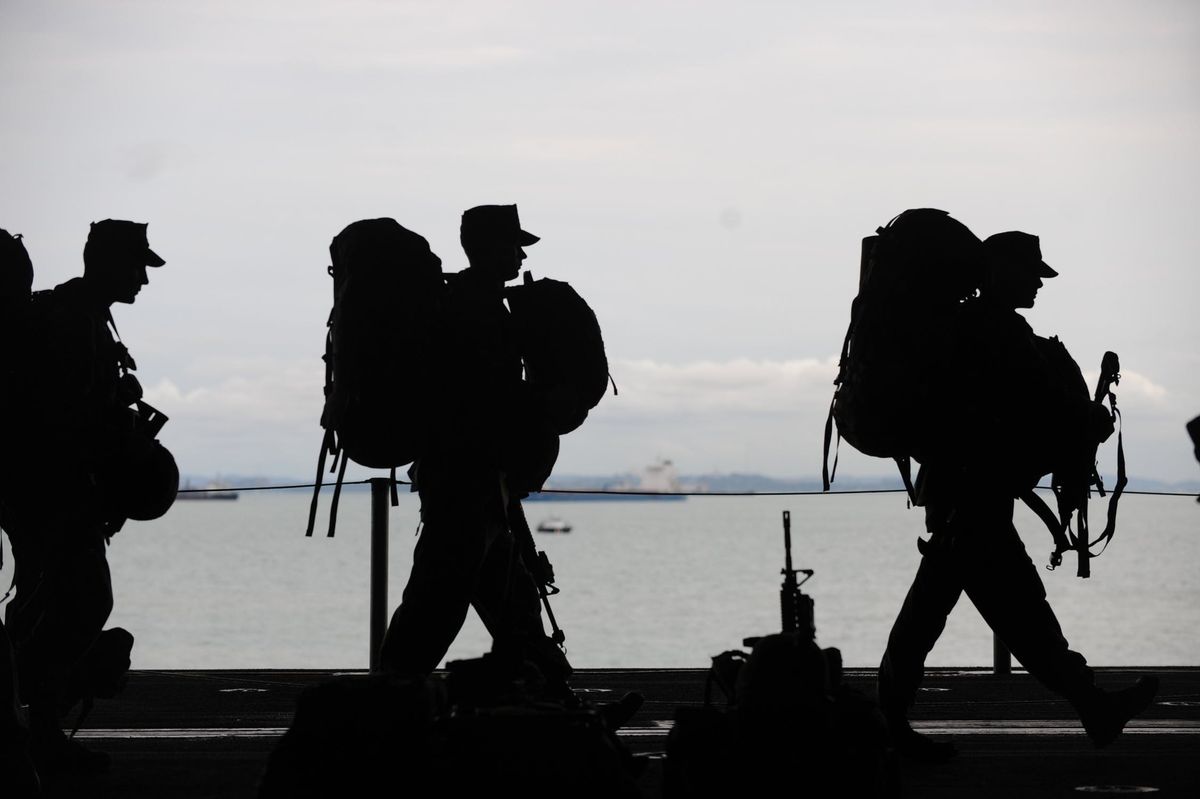 Since the dawn of time, we have had multiple variations of a military that was created to protect our people and country. Soldiers of every branch risk their lives every day, spend grueling hours devising plans, just to keep us safe from harm and prepare for the unexpected.

My very own father is one of those soldiers. I grew up knowing nothing other than the lifestyle of the so-called "military brat". I will say that this lifestyle takes a toll on, not only the soldier but also the families involved. It is a difficult road to travel and live with great confidence. Living this way sets you apart from the rest. It changes you in some of the best ways. And I will proudly claim myself as a "military brat".

Many individuals imagine the lives of the soldiers just as they did when they were young. Little green men, fighting in malicious wars, claiming victory at whatever cost, for their country. However, the soldiers are so much more than that. They deserve every respect they are awarded for any job that they perform.

Each of them has a special job, like gears in a watch. Each one must work seemingly perfectly or the watch will never work. They spend months, even years, training and perfecting the art that will save our country. These soldiers dedicate their lives to serving the government and citizens that create the world around them.

My father, a Chief Warrant Officer (2) in the Army, is what's known as a Geospatial Engineering Technician. In Army terms, he is "... the Army's technical and tactical expert in terrain analysis and Geospatial Information Services." He is, in essence, the map guy.

He tells the soldiers on the ground where it is safe to go, how to manage the terrains that make up the area and allows them to see exactly where they need to be. He is an essential part of the system that makes it possible for the Army to function.

Along with this job, and all others come many other attributes. One of which being potential deployments and another being inevitably PCSing (being re-assigned to another military base, as your services and specialties are needed). Luckily, my father only deployed once, a nine-month tour in 2013. However, PCSing is something my family and I are very familiar with.

Ever since I was a little girl, every two and a half years we would pick up and move. To a new town, city, state, and even country. We would break down and rebuild our lives in a matter of months to only repeat the process, once again, after two years had passed. Change this often can be difficult and roots are never truly planted.

It is a terrible feeling to become attached to a place and its people to just have no choice but to leave them behind again. These sorts of things can take a toll on the individuals involved, for the rest of their lives. The places left, but memories never forgotten. There will always be a reminiscing moment for each journey left behind.

But, oh. The wonderful things these events can bring to you.

I spoke previously of the negative, but I guarantee that there are so many more positive things about living the "military brat" lifestyle. Within my duration of being a military dependent, my family and I lived in nine different places, not including the moves back to the same place. In each of these nine times, I gained new experiences and built up my wanderlust.

My resilience was toughened and I began to yearn for the next adventure.

By the time I was in the sixth grade, I had stamps in my passport and had the opportunity to live in England (U.K.) for a year. I was able to visit Scotland and France, while also soaking up the culture that pulses through London. I was exposed to different states and what makes them unique to themselves. I was shown what the world is capable of and how beautiful it truly is.

"Military Brats" are wild animals in their own right. Horses of different colors. They stand tall with every hit and push through every storm. There is no hesitation within them and every change seems to be an innate instinct that they can't help but accept.

Though I am now a college student, bound to stay in one place for the longest time I have ever endured, my wanderlust is still present.

I know one day I will wander again with hot blood coursing through my veins and my "military brat" attitude at the forefront of my being.