An Open Letter to my Broken Laptop

An Open Letter to my Broken Laptop

I swear, I was careful... Until that night 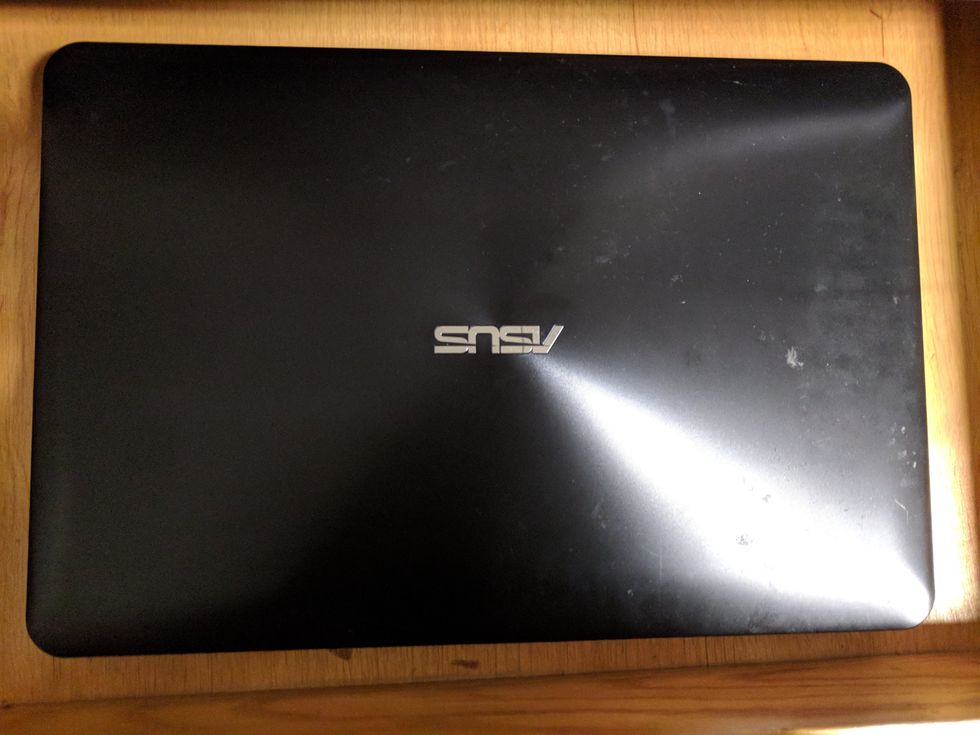 Dear beloved ASUS that I had given the name, "Sebastian:"

It's with a heavy heart that I'm typing this on a new silver Acer Aspire 5 (Still nameless at the moment) instead of you. Don't get me wrong, I'm not in any way ungrateful for the newbie, but it still hurts so much to think about the incident that lead to its arrival, and moreso, your demise.

You were definitely a resilient one. It was a good four years with you. You lasted longer than the old Macbook that Dad brought home from work (That didn't die... It was just replaced.) You lasted a lot longer than Eponine, which was damaged by a milk spill and currently lives on life support (plugged in at all times) as a portable gaming computer with my brother. You lasted longer than Aida, the touchscreen, which wasn't my fault, it wasn't a great quality model. And you... You've been with me for most of my college years as my constant companion. You knew all my secrets, and you never judged me. You housed all my writing, pictures of my characters, my sims files. You knew way too much. You even came with me on trips, and even accompanied me on my semester abroad.

I tried to be careful, honestly. There was that time when the DVD player on you broke, but every other time, I was careful. I'd always have you on a carry on. I'd never let anyone touch you, except for a select few that knew more about how you worked, and wouldn't break you. After the Milk Incident with Eponine, I wouldn't dare hold a drink over you, I'd also do my best not to hold my food over you. Crumbs happened anyway, but I tried my best to get them out. I swear, I was careful.

Until I wasn't. I'm not sure what happened, since it all happened so fast. Maybe you were somewhere precarious, and I let go for a second, or I miscalculated the surface entirely. Crash. Crying. Screaming. I was surprised I didn't get a noise violation, since it was like 12:30 in the morning. You still turned on, but that wasn't a guarantee you were okay. I texted Dad, he answered, god bless him, because if I had to call, I would have sounded like a crazy person (Not that it isn't true... You know that well.) I backed up everything that wasn't expendable. I looked up "signs a computer was dying," but that only amped up my anxiety. You were making that clicking and whirring sound, and that only made it worse. It was like you were saying "I want you to have karma for your irresponsibility." I never thought I'd ever empathize with the guy from the "Tell Tale Heart" but hearing those clicks, even at night, just made me crazy. I knew what happened, I was already guilty, I didn't need to be reminded.

I just want you to know that I'm so sorry. I didn't mean for you to fall. Like I said, I'd been careful most of the time with you. Why does this affect me? Maybe it was the clicking noises? Or perhaps... The fact you lasted four years. Four years is a long time, especially for a computer. I had that time to grow attached, to bond with you. I thought you were going to last longer, but... I suppose life isn't fair. As much as your death hurts me now, maybe, somehow, in the future, it'll just be a little anecdote to remind me to be a lot more careful. I know I'll soon bond with the new Acer, and soon it will know all my secrets, and even have a name, and I'll make plenty of new memories with it, but it doesn't mean I'll forget you. You've served me well, above and beyond the call of duty, and I'll miss you.