Because it turns out, it's not rocket science, but it's still hard. 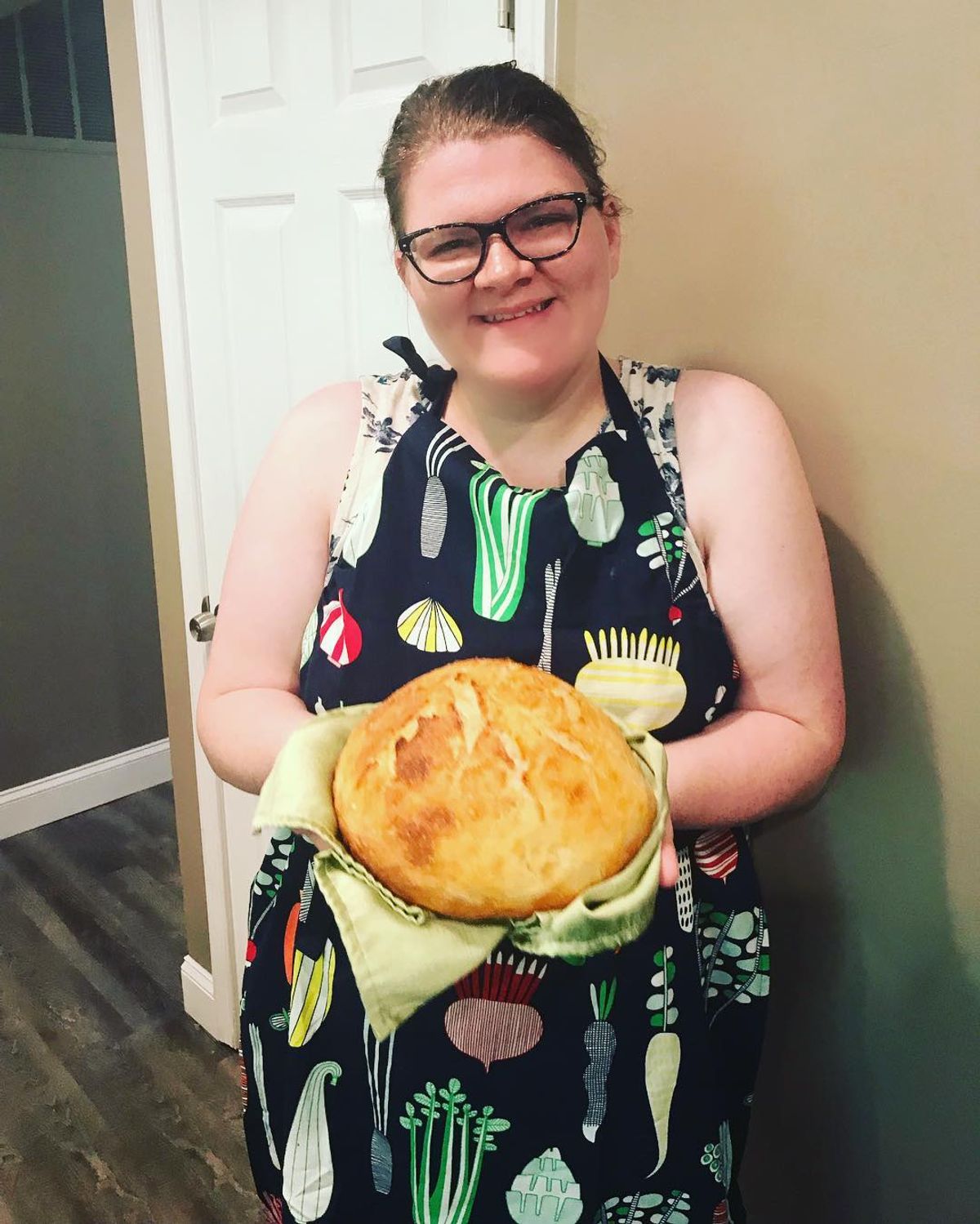 When I came home for summer vacation, I slept. Of course I slept. I made up for the hours of missed REM cycles and took advantage of my brand new blackout curtains. During one of my comatose nights of sleep, I dreamed about myself, baking bread. Now, this sounds weird and it is. It was just me, standing in my kitchen and baking bread.

So when I woke up, I called my mom at work and asked if I could attempt to bake bread to which she recommends which yeast and flour to use. Let me make this clear, I'm a cook, not a baker. I love cooking. I love experimenting with new flavors and combining things together to make new things.

In baking, there is no way to improvise. I'm an improviser who works well with trying new things, not following strict recipes. I attempted at age seventeen to make Irish soda bread on St. Patricks day and it turned into a brown lump. So I knew going into this, I needed to learn.

When I finally found a recipe that utilized one of the four (FOUR) enameled cast iron dutch ovens in my house and prepped. Let me tell you, yeast is weird. It's alive and it lives in a jar in your fridge. The thing that gets me about yeast is that if you add cold water to your yeast, it's never waking up. If you add too hot of water to your yeast, they die. Yeast is more temperamental than a teenager. You have to be just right.

The next problem I found is that I am a very impatient woman. Crazy, I know. Waiting eight to 24 HOURS LATER was excruciating. To the point where I was checking on my bread at least three times an hour. It didn't even look like it was rising until hour 18. Plus, it was all steamy in the bowl so I can barely see what's happening.

The next day, I finally got to make my bread. I preheated my oven and put my pot into the oven to temper to the heat. But I found my next problem, bread dough is so so so so SO sticky.

That's right, this stuff is like glue. It's sticking to me, my counter, and my cutting boards even though I floured everything. My beautiful folding technique was ruined by the dough just oozing out of my hands like slime. So I had to basically throw it in the pot and hope for the best.

It was beautiful and round and golden brown. I had made bread.

I learned a lot of things, for one, be patient, if you did it right, it will do its thing. I also learned to use warm water with your yeast or it's not going to work. I also learned there is room for improvising. I found a recipe where you can add any herbs you want so I tried it with parsley, sage, rosemary, and thyme...and garlic and called it my Simon and Garfunkel Loaf.

I went from dreaming about baking bread to learning how to make crazy fun loaves all in a matter of a week and learned some things about my cooking style too.