Leave "The Crazy Girlfriend Trend" Behind For Good
Odyssey

Leave "The Crazy Girlfriend Trend" Behind For Good

It's not cute and it never will be. 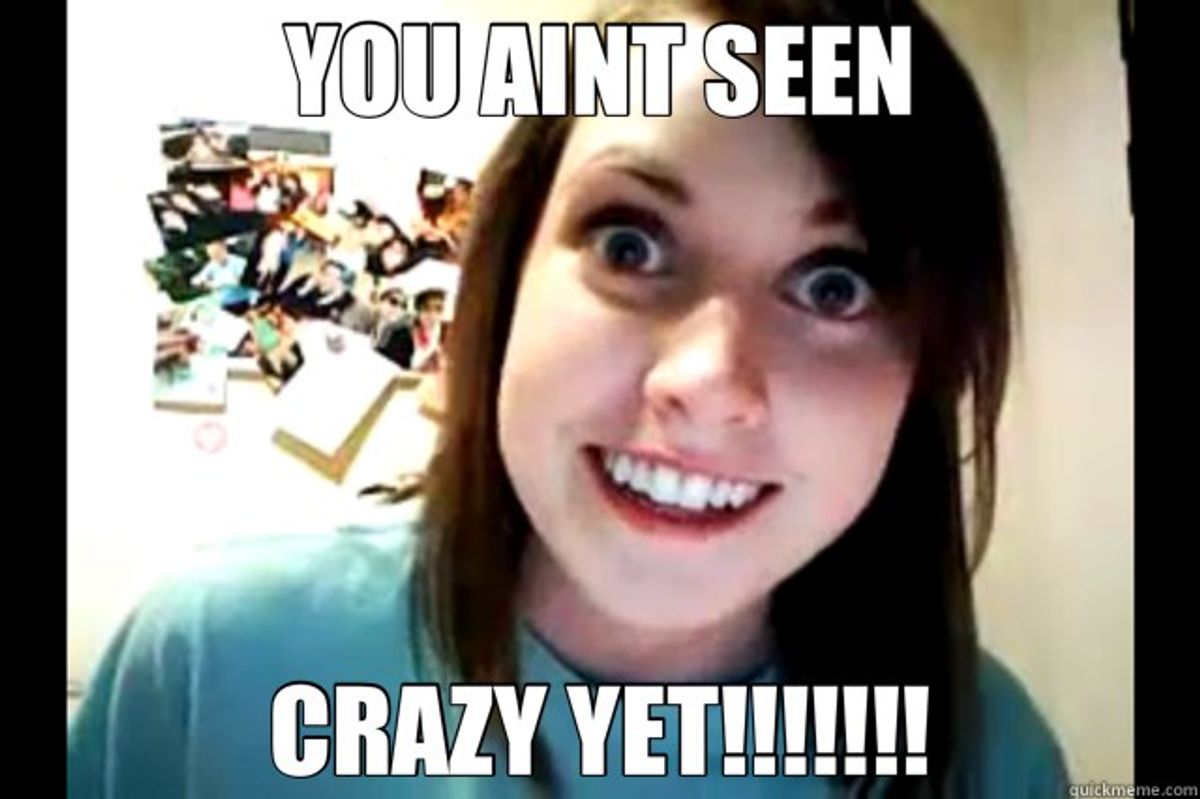 No one can deny that social media, whether it's Instagram, Snapchat, or Twitter, has become a platform for new ideas, trends, and whatever else people come up with. It's relatively easy to make your joke or video go viral, if people around the world deem it funny or notable enough to share.

Recently, what I like to call "the crazy trend" has been making an appearance all over my own social media platforms. I've noticed various short videos, tweets, or screenshots documenting the so-called funny or irrational behavior from a significant other.

More often than not, I've seen videos of girls and boys purposefully acting crazy through texts because they find the reactions of their significant others to be amusing. Hate to break it to you, but it's not funny, nor is it cute. One of the most appalling cases I've come across was a viral video of a girl holding a knife to her boyfriend's neck while forcefully making him say, "You hoes need to stop commenting on my pictures, because I have a girlfriend," or something along those lines. While this may have been a joke, it honestly shows the extremes that people have taken this trend to. Even if it was a joke with both participants' consent, imagine the influence it has on others who suddenly think they can assault their partners with threats of violence. Yes, I deemed this video assault, because it is. It's clear she's using threats of harm to manipulate and control his behavior. None of that is cute. None of that is funny. It's just abuse. Imagine if the shoe was on the other foot. Would it be even the least bit funny then?

I'm going to bring feminism into this because feminism means equality for all. That means we have to stop with double standards, gender roles, and all the unnecessary rules societies have come up with through time.

Being in a relationship with someone is mutual. It's not about power or control. It's not about manipulation and emotional trauma. Yes, you're inclined to get jealous and sometimes just a little bit crazy. I mean, don't we all? But there are rational ways to handle disagreements. There are rational conversations you can have with your significant other if something is bothering you. No one is a mind reader. Most people can't figure out what's truly wrong until you tell them! Weird, right? If you're jealous, tell them why you're jealous, or what's making you uncomfortable. Do what's best for your health and sanity, not what will please other people. If you do choose to enter into or keep a relationship, keep it healthy. Don't let media or negative influences affect your personal business.