A Late Review of PVRIS' 'All We Know of Heaven, All We Need of Hell'
Odyssey
CurrentlySwoonLifestyleHealth & WellnessStudent LifeContent InspirationEntertainmentPolitics and ActivismSportsAdulting
About usAdvertiseTermsPrivacyDMCAContact us
® 2023 ODYSSEY
Welcome back
Sign in to comment to your favorite stories, participate in your community and interact with your friends
or
LOG IN WITH FACEBOOK
No account? Create one
Start writing a post
Entertainment

A Late Review of PVRIS' 'All We Know of Heaven, All We Need of Hell' 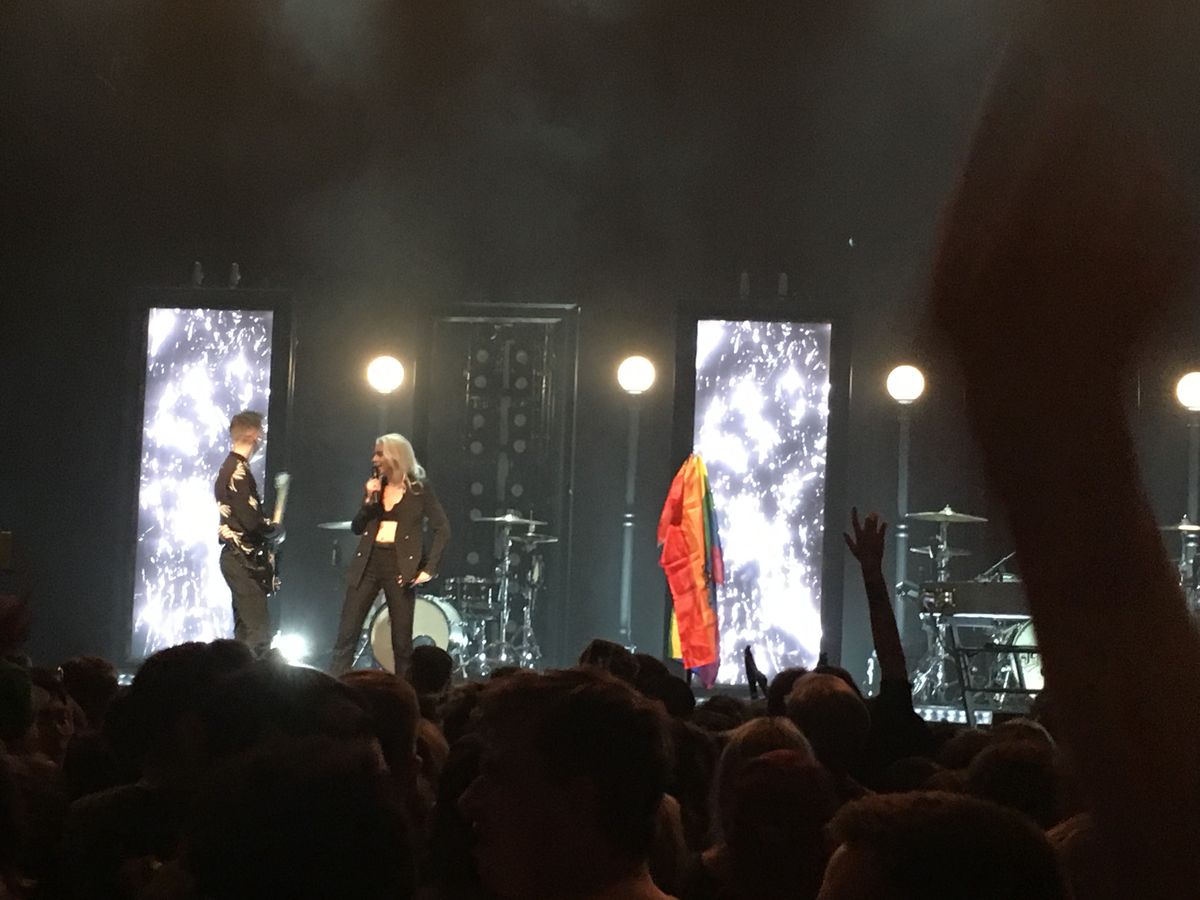 Alternative rock is dying, or at least the old definition of it is. The glory days for alt-rock staples such as Fall Out Boy and Linkin Park have passed, and they are now part of the never-ending pool of forgettable “alt-rock” driven by an electronic beat that sound more like a bad attempt at a pop electronic dance song. This is a result of the bands falling victim to a change in trends, frantically trying to force electronic music into their songs to stay relevant as attention toward their heavy guitar-and-vocals sound began to wane, but what happens when an alt-rock band forms in a predominantly pop/EDM climate? In PVRIS’ “All We Know Of Heaven, All We Need of Hell,” they prove it is possible to mature and release a successful sophomore album with their own electronic sound.

The female-fronted band hailing from Massachusetts has released the airy, yet just as angsty, little brother of their first album, “White Noise.” “White Noise,” known for its synthesizer-heavy sound and lead singer Lynn Gunn’s punchy vocals, provides the framework for AWKOHAWNOH. Most of the assertive drums that dominated “White Noise” have been swapped out for groovier, laid-back beats that make the songs easy to listen to. That doesn’t necessarily mean the songs are better. While both “Heaven” and “Same Soul” benefit from frequent transitions and head-bobbing beats, “Separate,” the band’s attempt at the token slow song on the album, was instead ineffective because it was mundane.

On AWKOHAWKOH, the band’s maturity is proved by the development of the softer side of Gunn’s vocals on tracks such as “Heaven,” “Nola 1,” and “Anyone Else.” Gunn adds higher octave singing to some of the talky, assertive singing she gravitated toward on “White Noise.” She contrasted bursts of her staple in-your-face, angry growl with periods of softer vocals to grab you and drags you into the depths of her angst, daring you to “Show me no mercy,” on “No Mercy.” This song acts as the mirror image of “Fire” from “White Noise.” It was smart for the band to include this song in the album because it shows that, although they’ve branched out, they still have the same PVRIS in them from three years ago.

A major weaknesses of the album was the sound production of the vocals. On “Walk Alone,” “Separate,” and “Nola 1,” the muffled effect on the vocals was unnecessary because it feels detached and just makes the lyrics difficult to understand. These vocals are also buried so far under a synth-happy blanket of effects that the instrumentals on the track overpower the lyrics. The most effective parts of these songs are when Gunn’s voice is not affected because they emerge from the track and actually stand out.

What used to be defined as alternative rock may be dying, but PVRIS’ redefinition of the genre will continue to produce successful albums, as long as they don’t allow their synthesizer to run them over.

Nicole Marie Nigro
Individual Creator
656
c1.staticflickr.com
Where to start...... Let me start with the cliche that life throws us curveballs and what we do with it is what counts.