One that, apparently, is much needed. 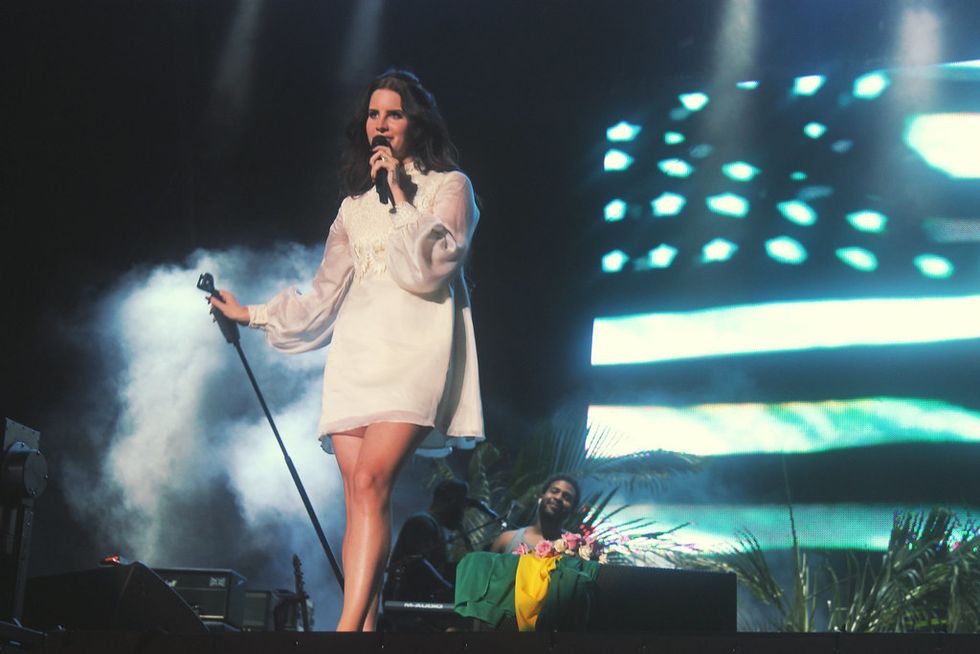 On Wednesday, alternative singer Lana Del Rey made an Instagram post where she posed a "question for the culture" comparing her music to that of popular female artists such as Beyonce and Doja Cat. She addressed claims of "glamorizing violence" in her lyrics while putting down other women, almost all of whom are women of color, for writing only about "being sexy." And, as should have been expected, people had a lot to say about it.

There was a quick connection drawn to the race of the women who were named, especially as Billboard's Top 100 was, for the first time ever, headed by four black women -- Beyonce, Megan Thee Stallion, Doja Cat, and Nicki Minaj. Also mentioned were Camila Cabello, Kehlani, Cardi B., and Ariana Grande, who, in the eyes of Del Rey, "have had number ones with songs about being sexy, wearing no clothes, f**king, cheating, etc." Only one of the women named were white like her.

"I'm not not a feminist-- but there has to be a place in feminism for women who look and act like me," Del Rey wrote. "The kind of women who say no but men hear yes-- the kind of women who are slated mercilessly for being their authentic, delicate selves, the kind of women who get their own stories and voices taken away from them by stronger women or by men who hate women."
Many thought that the mere notion of underrepresentation as a juxtaposition to the women named displayed a lack of awareness in race and women of color issues in our past and current society-- especially when she then goes on to paint herself as a victim of feminism.

The reality is that women of color had to fight much harder than white women to get to a place of success, to have a platform, to be represented. They, as well, were heavily ridiculed for the topics they sang about-- even if that included "being sexy." And writing about provocativeness was a luxury only recently gained through the same movement of feminism that she denounces, delayed by slut-shaming-- which is something Del Rey inadvertently participates in through her post.

The singer replied to the backlash with a comment saying, "Bro. This is sad to make it about a WOC issue when I'm talking about my favorite singers. I could've literally said anyone but I picked my favorite f**king people. And this is the problem with society today, not everything is about whatever you want it to be. It's exactly the point of my post—there are certain women that culture doesn't want to have a voice and it may not have to do with race I don't know what it has to do with … ."

She followed up with another comment that said, "When I said people who look like me—I meant the people who don't look strong or necessarily smart, or like they're in control, etc. It's about advocating for a more delicate personality, not for white women—thanks for the Karen comments tho. V helpful"

Still many remain unconvinced by Del Rey's defense and see it as a matter of tearing down other females to bring herself up. Others say that she may have had a point, but should not have included specific names of artists, and should've especially not targeted women of color.

In any case, these comments opened up another conversation about white privilege in both the music industry and society-- where a white woman can ignore the hard work that women of color put into overcoming additional obstacles because of the color of their skin.