La Bagatela: RBG, Elections, and Conscious in One Article

La Bagatela: RBG, Elections, and Conscious in One Article 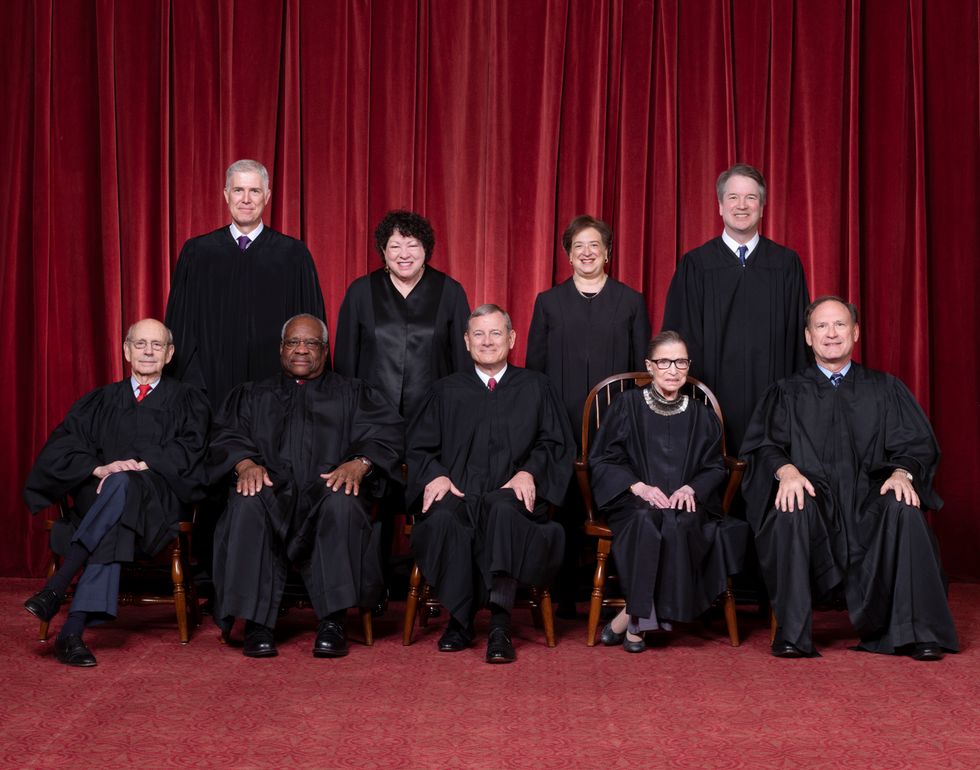 My dear reader, let me take you back to my previous article- you may very well remember our friend the Colombian scholar Antonio Nariño- there was a period of his own country's history so chaotic and polarized he referred to it as "Patria Boba" (foolish fatherland) and "La Bagatela" (the "trifle" was the name of a periodical he used to document it.

Now that is where I draw the allusion of for the title of this piece, and I think at this point we can saw the world is patria boba.

Symbolism my dear reader is a powerful tool. Sometimes symbolism comes on purpose crafted carefully with the words of a writer in allusions so plain and simple that they conger emotion in the reader as I just did in the title of this piece.

Other times, symbolism is in the hands of destiny- such as when one of the most respected judges of the Supreme Court died on the eve of Rosh Hashana. Ruth Bader Ginsberg was a woman of great conviction and passion. She was also a woman who perfectly molded eloquence and grace into her ever word. Not only was she a fierce warrior for her beliefs, but she saw us all as humanity and was best friends with her polar opposite politically- Anthony Scalia.
Both of these monumental figures symbolically died before a turbulent election leaving an empty seat. Both of these judges built legacies that not only touched their family's lives but the entire history of a nation. We owe them not only words of praise, but to emulate their examples in our interactions with others. To teach posterity about such great individuals who took a stand for their convictions seasoned with eloquence- in the age of angry tweets I fear we are loosing this.

Now there is talk about picking a new judge as soon as possible- my dear reader, no! This is a terrible idea! Please hear me out, we are volcanic and on the verge of turmoil as it stands already. RBG's dying wish was to do what we did for Scalia- we left it in the hands of a future president. I plead with you to honor this dying wish, and to honor the past tradition which we did with Scalia and leave it in the hands of a new president. Two months is way too short of a time to confirm a new judge!

Now, for my last point in this hectic article- this point resonates deeply within the depths of the human conscious. Amy Barrett- one of Trump's top picks happens to be Catholic. She has repeated time and time again that she does not let her faith influence politics. We should take her at her word. I oppose Trump, and just about all he stands for- but I still have yet to hear Barrett's arguments and it should be up to the senate to question her on legal matters. This is not only Barrett but other Catholic politicians including Biden have come under scrutiny because alas- they are Catholic! In a time when we are revealing deep seated prejudices in our society, I'm afraid there is one more we all have to address- prejudice against non-Protestant religions. My dear reader, I am a Protestant just like most of my country is; but I do not see how religion is relevant to the inner workings of justice. Justice and truth should apply to all of us regardless of religion- the law should be upheld for all of us equally and none should be granted favor or disfavor based on their religion. Religious bigotry against Catholics in particular is escalating- Catholic immigrant communities have been the targets of sterilization thoughout our history, Catholic churches are vandalized and many Catholics are shouted out in the streets to "go back to your own country!" or "what are you going to do? take advice from a pope?"
My dear reader- a Catholic calling the pope for advice is probably the equivalent of "oh! you are British? go call the queen!" Many of the Catholics who came to our shores came for- food, a better life, escaping catastrophes such as the potato famine or recently violence in Central America. Religion is a deeply held matter of the conscious, and one whose rights should not ever be violated. If we can violate the religious freedom of one group, the next two groups to collapse will be freedom of speech and freedom of the press. I believe that it is not only bigotry to discriminate based on religion, but a violation of our very human rights as written on our hearts, as well as the Universal Declaration of Rights and the Declaration of Rights of Man and Citizen of 1789. When the time comes (after the election) to debate Bennett's skills as a judge- keep it to the legal framework of her theories on constitutional law and do not bring the ugly monster of religious bigotry to the forefront.

Ahh! I have taken you through a jungle of ideas in this bagatela! May RBG memory be a blessing, and may we forever hold up the principles of equality for all.