Politics Aside, We As Humans Can't Af-Ford to Confirm Kavanaugh

Politics Aside, We As Humans Can't Af-Ford to Confirm Kavanaugh

This is not Democrat vs. Republican. This is human vs. human, and a true test of our country's morality and justice. 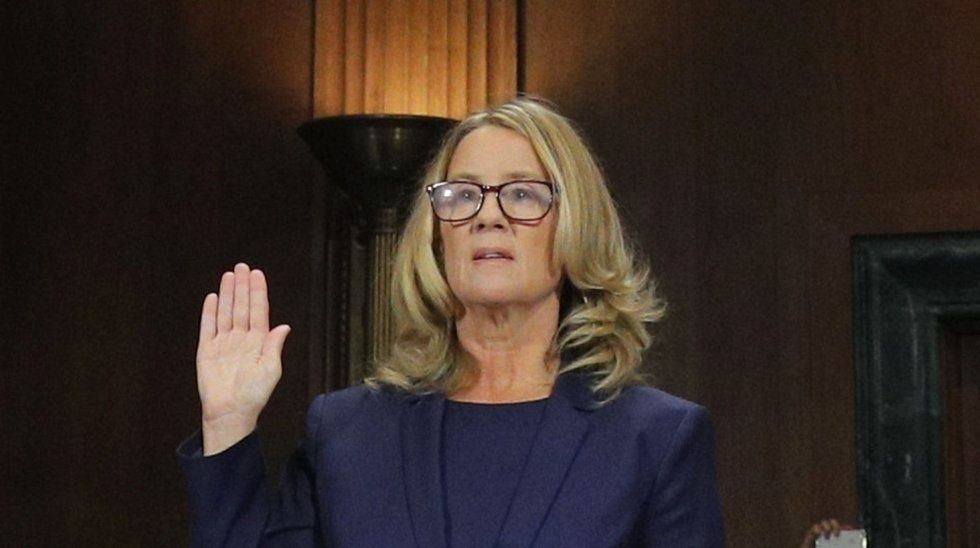 "What was she wearing?" She must have been drunk." "Why didn't she tell someone?" "Why wait 30+ years to come forward?" "She's just pushing the liberal agenda". "Why doesn't she remember more details?" "She has no evidence and therefore we don't believe her."

The above comments are all things I have heard both during Christine Blasey Ford's hearing regarding her alleged assault by Supreme Court Judge nominee, Brett Kavanaugh and out of the mouths of people I know as well.

Dr. Ford-yes, Senator Lindsey Graham, Dr.is her title, not Miss-came forward about what Brett Kavanaugh allegedly did to her decades ago this past July via a Washington Posttip line, and she also contacted her member of Congress, California Democratic Rep. Anna Eshoo. One thing led to another, and Dr. Ford agreed to publicly testify against Kavanaugh at a Judiciary Committee meeting on September 27.

I don't know if you watched the hearing in full, but I did, and it was definitely uncomfortable. It should have been uncomfortable, actually, as Dr, Ford was describing a situation way too many women know too well.

"But she has no memory of specific details! Wouldn't she remember everything from that night?"

Not exactly. You see, when someone experiences a traumatic event, the mind-our most powerful organ- blocks out memories from what happened in order to protect the victim. This is not the case for all, but it is for many. Dr. Ford has her doctorate in psychology for goodness sakes, so she certainly would not make this up. Many victims of sexual assault or other traumatic events can't recall the simplest details other than the act itself because they were disassociating during the moment.

Listening to Dr. Ford calmly and boldly retell the entire encounter made the hairs stand up on my neck. I am 100% on her side and I believed every word. I can't understand how any women wouldn't. My heart ached at that moment not just for her, but for people in my life who had gone through similar situations and for all women out there who had to go through what she did.

To be so public and vulnerable about such a horrendous situation takes bravery. Ford did not sacrifice her and her family's privacy, relocate to a new neighborhood, or have extensive therapy just to "pursue the liberal agenda against Republicans". This was NOT her intention and shame on those who think it is.

This was not a political act, but rather an act of justice. If people would rather support their party's nominee over supporting clearly wrongful, nonpartisan allegations, then this party needs to really take a step back and reevaluate their morals, because I know that if Kavanaugh had been on the other side of the aisle-MY side, I would admit that my party has an unqualified nominee representing us and not back him up-making excuses for his actions. Like I said, this was never intended to become a political case, but of course, as everything goes in this country, it's now another Democrat vs. Republican battle, when it really should be a battle between justice and wrongdoing.

Ford took a stand, literally, for ALL women out there who are afraid to come forward, and she did so in the most diplomatic, professional way possible and I applaud her.

Kavanaugh, on the other hand, might as well have written "guilty" across his forehead in sharpie. His testimony was so unprepared and all over the place. He seemed to be talking in circles, crying alligator tears and shouting through it all.

If this behavior is acceptable for a Supreme Court Judge, my God do I fear for the future of our country-oh wait, I already do.

I mean I wouldn't be surprised if Kavanaugh does get confirmed, as our "pussy-grabbing" President clearly is no stranger to such behavior towards women and has as much respect for women as he would a fruit fly.

People in favor of Kavanaugh are claiming that Ford has no evidence and is clearly lying to take him down because he is a Conservative. While yes, Ford has no actual "evidence," her claims, expressions, and the sole fact that she CHOSE to testify when she knew she had so much to lose, is enough evidence to support her to me.

We can't afford to have Kavanaugh confirmed. We can't afford to let another sexual predator get away with what he did. What message would that be sending to young girls out there? How are they to feel safe in a country that values their safety so little? I'm infuriated. This will be another act against women if this man is elected to the Supreme Court.

One reporter put it in very clear terms-this is basically a job interview for one of the most important positions one could hold, a position that is for life. One wouldn't be hired for any run of the mill job if convicted of sexual assault, so why should the position of Supreme Court Judge be handled any differently? If Kavanaugh really was innocent, he would've agreed to take a polygraph test and have a more thorough investigation conducted, but he didn't, so clearly he has something to hide.

We can't afford Kavanaugh, because we can't afford one more woman going unheard or one more man getting away with "typical boy behavior." Boys will be boys? Um, more like boys-ahem, men, will be held accountable for their disgusting, misogynist actions.

Dr. Ford, I stand with you.