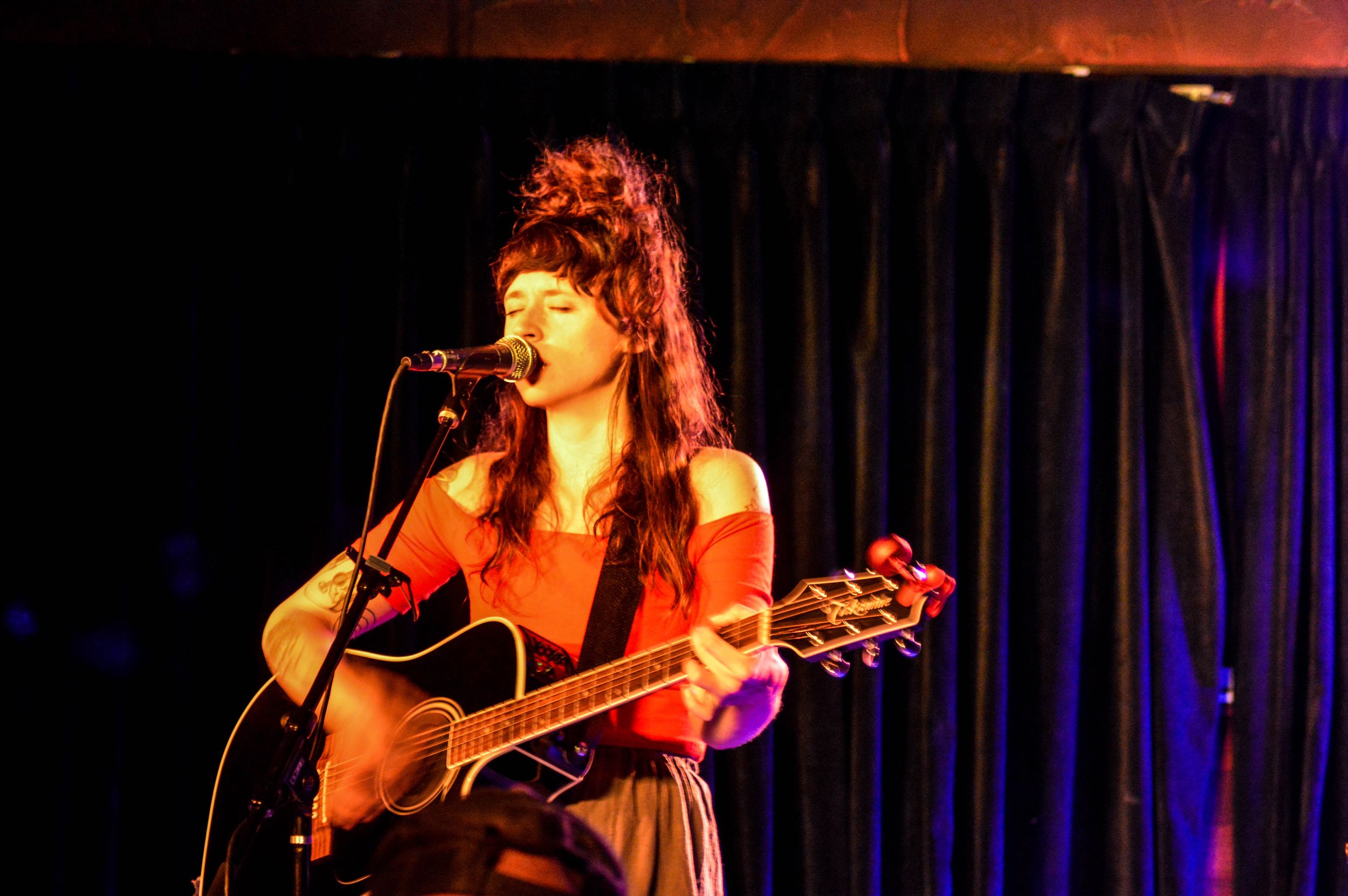 Normally having a band behind her, Crutchfield arrived at Downtown Las Vegas solo, playing an acoustic set of some of her singles like “Swan Dive,” from her acclaimed 2013 album Cerulean Salt.

Crutchfield shared she just arrived to Las Vegas shortly before her performance, surprised she was able to make it at all.

Waxahatchee have been around since 2012 and has released four studio albums. Her latest album Out in the Storm was released last year, receiving positive reviews. She also has a twin sister Allison Crutchfield, and played music in a band called P.S. Eliot.

Waxahatchee will be on tour starting April 11th with Hurray for the Riff Raff and will be appearing at the Shaky Knees festival.

Check the tour dates below.