If it feels lonely among the stars, how does it feel at rock bottom? 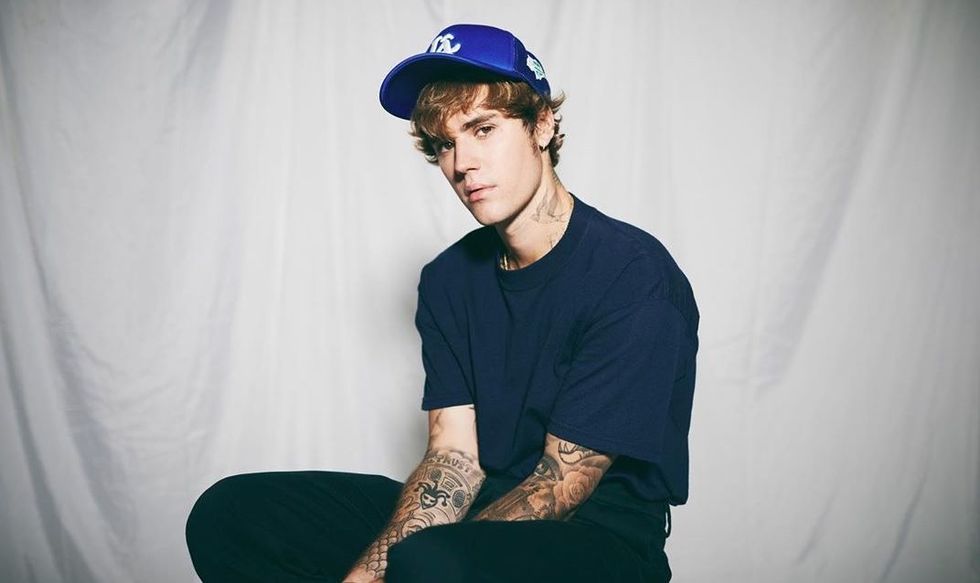 We idolize celebrities. We judge celebrities. We feel such powerful emotions for these people, yet we've most likely never even spoken to them before. We shower them with praise, with criticism, with fanfare, yet at the end of the day, we're not a shoulder for them to lean on when they need it most. And that sounds incredibly lonely.

Have you ever felt like the world was your oyster, but as you were relishing in its graces and making everyone proud, you were all alone at the end of the day? With no one to share the world and all your triumphs and tribulations with... because I've felt that. And I know others have, too, including celebrities like Justin Bieber.

Just this morning, Justin Bieber released an emotional, heart-wrenching song with Benny Blanco. "Lonely" reveals everything he has been through as he grew up in the spotlight, going from adored to hated to adored again.

Justin sings about the praise he received as a child star in Hollywood — everyone knew him, everyone was proud of him and showered him with praise, everyone envied him, but at the end of the day, he felt alone.

He had absolutely everything, but no one to share it with. This part of the song really pulled on my heartstrings, as I felt like Justin was speaking to me as he said it. This is a feeling I've had in my heart for a while now, but I haven't known exactly how to express it.

I'm one of those people, honestly, who appreciates validation now and again.

I'm very goal-oriented, and I feel the best when I am successful, but more importantly when I see that success makes other people proud. I know, I know — my heart's satisfaction should be enough, but sometimes it's just not.

However, after that social media comment fades away or the buzz around an accomplishment trickles out of existence, I often feel alone. I feel like I have achieved a lot in my life, of course on a much smaller scale than Justin, but I can't help but sometimes feel like after the initial "fanfare" I have no one to share the success with.

I've always felt like one of those people who could throw a party right after an achievement and everyone would come, but if I were to do so just because I'm too afraid that no one would show up to my party. I'm constantly battling with the idea that, without the "success," it's just me, myself, and I.

This idea that I'm surrounded by people, but somehow, all alone.

It's not that I don't have people in my life who care, but I'm not the type of person to continuously bring something up. I take people's initial reactions, good or bad, and I am left with that. To cherish them, overthink, whatever it may be — alone.

The lyrics also ignite another fear in me, though. I'm moving far away to start my career soon. I'm leaving my family and my closest friends, the ones who help that loneliness subside when it occasionally takes over my thoughts and I don't want to bother anyone. And hopefully, I'll see success in my new career, but once I leave everyone closest to me, I fear I will have no one at all to share that success with.

Justin left his normal life to become a superstar — everyone knew his name, he achieved so much and he has it all, but for a long time, he had no one to share it with. He felt like he had no one to call, no one to listen to him, especially when things got tough.

Because any achievement-oriented, successful person can tell you it's only shining stars like 25% of the time. Successes don't come to the door every day, and things can get tough on the other days. But if it feels lonely among the stars, how is it supposed to feel at rock bottom?

Justin sings about how, as he became more successful, people began to look at his life under a microscope. The world began to hold him to certain expectations because of the high bar of success and "perfection" he set for himself at an early age, and when he was no longer "meeting those expectations," people criticized him.

It's hard to change people's perspectives of you, and because of that, it's hard for people to watch a "perfect" person make mistakes. But mistakes are a part of life because guess what, no one is perfect! And this is another factor that contributes to success-driven loneliness — we often isolate ourselves in fear of criticism. Time and again, I have hidden my setbacks and failures from those who would have been shocked but also from those who would have loved me regardless, because I don't want to be remembered for my mistakes.

But sometimes, when the world only knows you as successful and you guard your "human side," who's there for you at rock bottom? Who's there for you when you're not feeling well, crying, or just simply need someone to listen? If no one knows you're dealing with tribulations because you hide them, it's hard for people to be there for you. This is something I've learned as of late, and I'm trying to be more open and honest. But truly, it is the most lonely feeling of all... to feel your saddest and feel like you have to overcome it all alone, to feel like no one cares.

There's just something so lonely about telling other people when you're feeling down because no one asks you "How are you?" and you're not comfortable bringing it up in conversation. And that's how Justin has felt, for years.

It's important to remember, though, you are NOT alone. No matter how alone you may feel, no matter how great or how hard things are, there is always someone there. Don't be afraid to open up to others, to share your successes but to also share your tribulations. Please never hesitate to reach out to your friends and family, or even a professional, even if it feels like it's you against the world and there's no one to call, someone will pick up and remind you that the world is your oyster and you can share it with them.