The Curious Case of Jussie Smollett

The Curious Case Of Jussie Smollett

Why his extrication without exoneration highlights our two-tiered justice system. 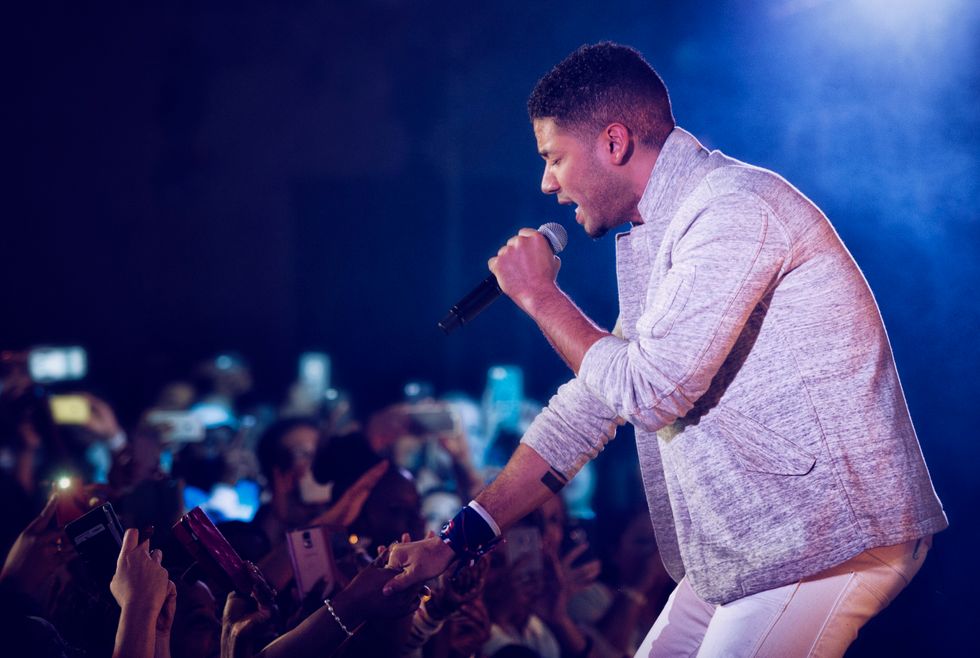 Through his claim that he suffered an appalling assault in late January, one ostensibly motivated by racial hatred, Jussie Smollett engendered a firestorm of social media outrage, celebrity sympathy, and grandstanding punditry as everyone seemed to have a stake in the evolving narrative. Smollett, the 36-year-old actor of "Empire" fame, related the supposed hate crime to Chicago police, describing his attackers as two rope-wielding men who spouted offensive slurs and references to President Trump's infamous MAGA warcry in the midst of the late-night confrontation. I'm sure most of us have heard the story. For the past two months and change, every news outlet has weighed in on this winding, and ultimately baffling case. Unsurprisingly, even the president contributed a loud, digital reflection via Twitter.

Yet following the investigation into Smollett's claim, the story deteriorated from another example of sectarian violence to a tale of deceitful fabrication as evidence failed to materialize in favor of the actor, who wound up facing over a dozen criminal charges for manufacturing the entire episode. In turn, everyone had to swallow their reactionary defenses and wait for some much-needed clarity. But amid the evolving chaos emerged a final twist: all sixteen class four felony counts, although the least serious of all charges with such a designation, were abruptly dropped by government prosecutors.

Officials cited Smollett's community service activities and his forfeiture of bond as sufficient recompense for his alleged crimes, but the announcement blindsided city police superintendent, Eddie Johnson, and Chicago Mayor Rahm Emmanuel. Despite denials from Smollett's lawyers that they struck a bargain with state officials, curious coincidences surrounding the case have clouded its dismissal. A correspondence between State's Attorney Kimberley Foxx and the "Empire" star's family supporting the latter's request that the FBI take over the investigation, coupled with the testimony of two brothers, apparently Smollett's personal trainers, who claimed to have received payment from Smollett in return for assistance in the staged attack, call into question the validity of the dropped charges. Security footage identified no potential Trump-supporting perpetrators in the area on the night in question, phone records prove Smollett spoke to the brothers before and after the attack, and corroborating witnesses are nonexistent. In effect, no one can say for certain what took place that freezing night in Chicago, and the truth, or at least its best approximation extruded from a court of justice, remains occluded.

Like the media, Chicago law enforcement, and the millions following this story, I was seriously confused by the sudden evaporation of Smollett's legal trouble. With so much attention directed toward the case, it's extraordinary that no jury will be assembled, and no arguments proffered to settle the sediment that has so muddied the water buoying this national flashpoint. Why did the State's Attorney's Office assert that an agreement was reached with Smollett's defense? Why did the brothers testify about the payment? Why aren't their statements under further scrutiny? And why isn't Jussie Smollett working to fully vindicate himself and find his alleged attackers? This abatement of the judicial process is not an exoneration and, although the indictment consists of relatively benign charges, I think everyone wants closure.

In today's political climate, there's no place for unwarranted division, and to drag so many polarizing voices into this unresolved fiasco is not simply unnecessary, but dangerous. The real victims of the dubious end to the Smollett case are those who will suffer hate crimes in the future. The rush-to-judgment denunciation machine of right-wing talking heads is already running at full tilt in the wake of Brett Kavanaugh, Ralph Northam, and the president's unending scandals. Smollett's reluctance to clear his name only oils their gears. While those folks miss the point that historically disadvantaged groups correctly receive the benefit of the doubt when accusing the beneficiaries of our current system, by evading proper investigation, Smollett has landed squarely in the crossfire. Future victims will face increased doubt and a heavier burden of proof after this high-profile travesty, and ex-ante suspicion by both the police and the public will harm the prosecution of justice as race-based crime continues to increase.

But beyond the case's repercussions, what does Smollett's extrication without exoneration say about our legal system? If he were a private individual, would he still not face a jury? Would an average citizen's various past community involvement nullify a falsified police report? Most people couldn't pay a $10k bond without trying their utmost to recuperate it. Surely his connections to Jesse Jackson, the former chief of staff to Michelle Obama, and even CNN host Don Lemon were assets in his deal-making. Something fishy is going on, and I'm not talking about the tuna sub he purchased prior to the reported attack. What's becoming clear is that Smollett exploited the two-tiered justice system currently in place in the United States. The powerful, beyond their ability to afford premium lawyers and protracted legal battles, have the upper hand in both avoiding responsibilities for misconduct and skirting legitimate penalties.

Concurrent to the Smollett saga is the ongoing college admissions scandal involving several Hollywood elites and other millionaires illegally maneuvering their children into higher education. While several of those accused have assumed responsibility, we'll see how the court proceedings play out and whether any of these privileged defendants will see the inside of a prison. I'm doubtful. We seem predisposed as a society to view wealthy lawbreakers as simply experiencing a one-time lapse in judgment, an isolated error undeserving of reformative measures. And maybe their actions, as well as Smollett's, don't merit imprisonment. It's true that they are non-violent, non-repeat offenders but that can't negate the equal application of the law. Nor, in my opinion, should wealth or notoriety preclude appropriate sentencing.

The Chicago police have filed suit against Smollett to pay for the costs incurred by the investigation which resulted in the actor's indictment, and it's possible that the civil case will provoke a federal investigation to fully clarify what happened. But as Mayor Emmanuel considers the Smollett case a "whitewash of justice," without further inquiry, it's difficult to call it anything else.