Kimberley Foxx, a top Chicago prosecutor and the first African-American woman to serve as a Cook County state's attorney in Chicago, is under fire for dropping Jussie Smollett 16 felony counts of filing a false police report. 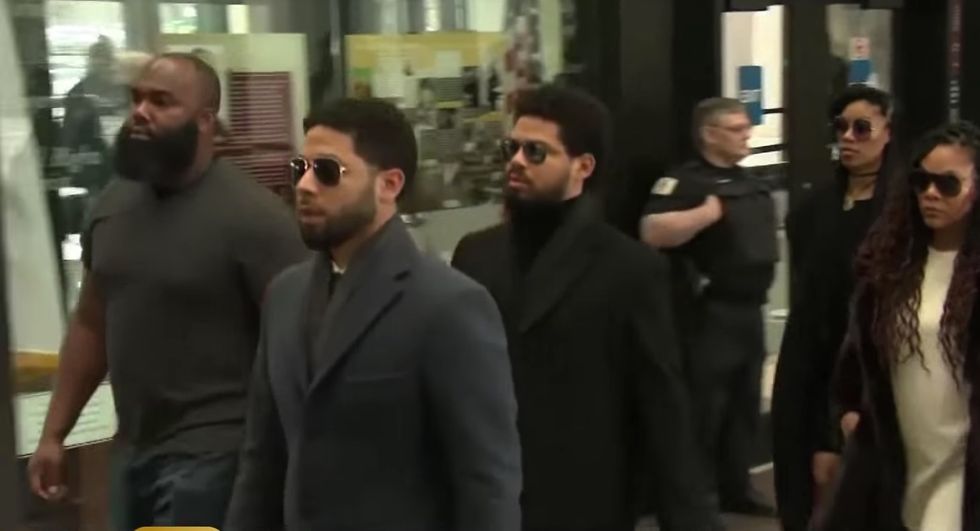 While this topic is controversial, Foxx simply followed the regular procedure with the case and considering how it was a Class 4 felony. Foxx may have tried to keep details about the case quiet, she took action to correct her wrongdoings.

Is Foxx the "political arm of the anti-police movement?"

A Chicago police union accused Kimberly Foxx of becoming the "political arm of anti-police movement" due to her decision to drop Jussie Smollett's 16 charges of filing a false police report. The Fraternal Order of Police: Chicago Lodge 7 (FOP7) posted a tweet, which revealed how they play the role of contrarians in regard to any issues that are viewed as liberal or even leaning toward the left. For instance, the link provided in FOP7's tweet leads to a smear page of any left-wing prosecutors. The article starts with the quote "Left-leaning urban prosecutors are working to undo the successes of the crime-fighting revolution," which shows how the article is one-sided and fails to remain unbiased in order to slander the liberal prosecutors mentioned.

However, FOP7 does make a good point in regards to Foxx stepping over the line when she contacted Police Superintendent Eddie Johnson and requested that the FBI get involved. The reason she made this request is apparent in NBC's article when they claim that Tina Tchen, Michelle Obama's former chief of staff, put her in contact with Smollett's family, who had concerns with the case due to racial tension. According to CWB Chicago, the FOP's president, Kevin Grahmn, claims how Foxx contacting Johnson is not professional and how private attorneys are not allowed to interfere in ongoing police investigations, especially on behalf of personal parties. After this, according to NBC news, she transferred Smollett's case to her deputy before it went to trial and this decision "was made to address potential questions of impartiality based upon familiarity with potential witnesses in the case."

So, while the FOP's opinion is understandable, Foxx not only admitted her move was wrong, but she also corrected her wrong as well. As for Foxx being given the title of "the political arm of the anti-police movement," this is largely biased and frankly, she does not live up to that title. This title is largely biased because it is just being used to discredit Foxx and all of her work to reduce crime and mass incarceration.

Overall, I think Foxx did make a mistake but she owned up to it unlike many others if they were in her position. So, all of Foxx's hard work should not be based on that opinion, but instead should be based on the facts and her actions surrounding Smollett's case.

It is not a new or unusual practice... it is a plea deal

Jussie Smollett was never exonerated for his charges. Instead, he was virtually given a plea deal so the charges could come off his record. Plea deals are not a new or unusual practice, and studies show that over 90% of state and federal convictions end in plea bargains instead of going to trial. In regard to Smollett never pleading guilty, the Chicago Tribune states, "In dismissing the case, prosecutors said they had cut a deal with the actor to perform two days of community service and forfeit his $10,000 bond to the city of Chicago," which shows rather than making this a public deal, the prosecutors decided to keep it private.

Keeping private may not have been in Foxx's best interest for her reputation, but, in the end, it led to positive outcomes. For instance, Jussie Smollett's case could potentially set a precedent for defendants with low-level felony charges, which could lead to a drop in mass incarceration. Kimberly Foxx claimed, "For people who do this work every day, who recognize what the charges are— this is a Class 4 felony — for people who are in the weeds of this, we recognize that the likelihood that someone would get a prison sentence for a Class 4 felony is slim," which demonstrates how Class 4 felonies are in the lowest ranked felony group. Also, according to Dennis Dwyer Law, probation and fines are possible for Class 4 felony charges, which illuminates how common. A precedent could lead to a decline in mass incarceration because class 4 felony charges appear to be the simplest felonies charges to get, such as possession of marijuana.

african american
Report this Content
This article has not been reviewed by Odyssey HQ and solely reflects the ideas and opinions of the creator.