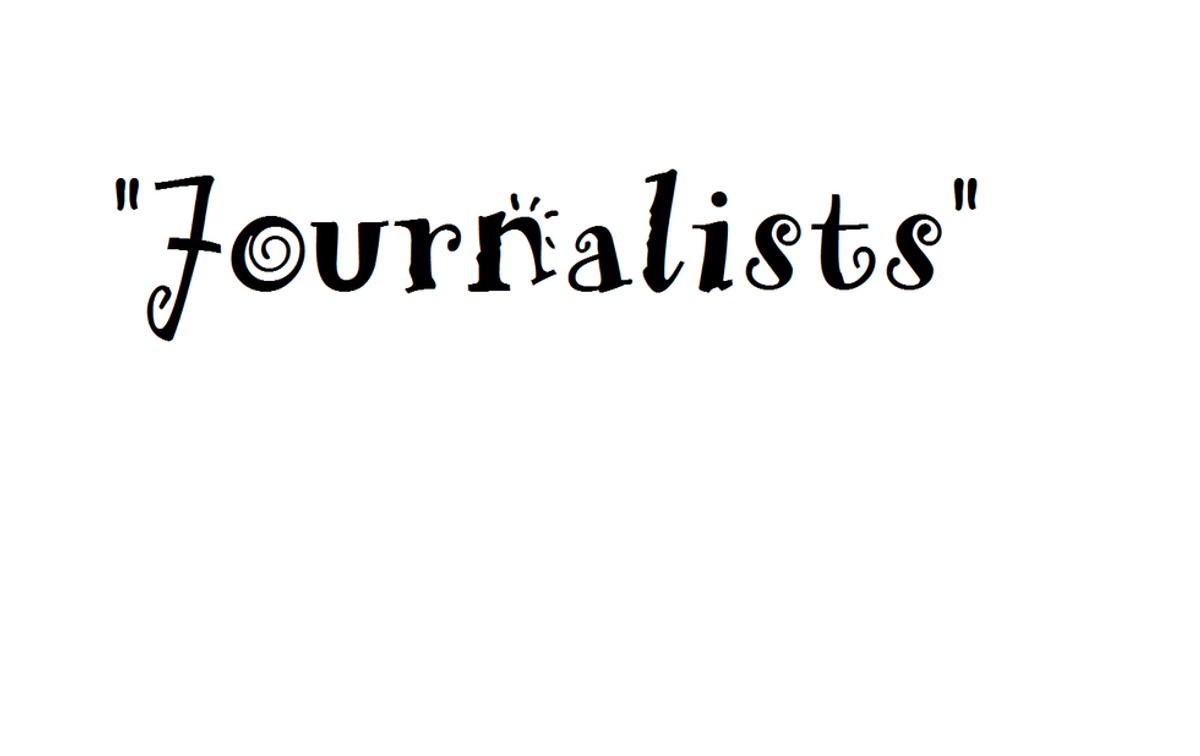 The words “news” and “Journalism” are thrown around way too much for my liking these days. I am currently taking a class in college about reporting news and another about writing news. One of the key focuses of the class is the news code of ethics; seek truth and report it, minimize harm, act independently, and be accountable and transparent. This should be the motto for anyone who is a journalist or wishes to become one.

When reporting you are to completely remove yourself from the issue and take no sides. You aren’t to use any ‘loaded’ words, words having the potential to imply more is going on than it really is. News reporters are not here to ‘hype’ up a situation or to make a mountain out of a mole hill. News reporters have one job and that is to give facts and evidence.

Recently I did an article on a robbery by four black males at apartments at my university for our paper, people made it out to seem that the ‘victim’ was innocent and there were people going around forcing themselves into people’s apartments, but with the help of my editor and some looking around, the ‘victim’ wasn’t so innocent after all. The victim was being attacked for an unpaid marijuana bill, therefore all parties were participating in illegal activities and both sides were shown in the article.

Every story, every source, every view, should be treated equally in the realm of journalism. I believe there are so many news sources out there that are unethically titling themselves journalism or the news.

Even looking at the recent election campaign the media was either biased against Hillary for showing more coverage for Trump, or more biased against Trump from talking about Hillary in a better light.

John Sides, associate professor of political science, at George Washington University did a study in an article he wrote for The Washington Post, a news source I would deem professional and objective. His team took 21,891 articles written about the 2016 election.

At first most of the articles spoke more favorably to Hillary, but the further things went along the more favorable they were to Trump. At the end of the study Sides concluded that the least biased articles came from Weekly Standard, Wall Street Journal and Chicago Tribune.

It’s so refreshing to click on a news article that isn’t clearly trying to change the minds of its readers, but is simply giving facts. To me the most neutral places to get news are The Associated Press, C-Span and The Wall Street Journal.

The Associated Press makes this list because after all they are the rulers of what is journalism. The AP Style book is used by journalists practically everywhere. They teach all of the ethics of truthful journalism. The C-Span isn’t biased because it covers about everything going on politically and gives all of the facts, and The Wall Street Journal, I have always trusted and sensed no bias from it for myself. According to Business Insider, The Wall Street Journal is one of the only news sources trusted equally by both liberals, conservatives and those in-between.

Whatever you decide to do, don’t get your ‘news’ from Facebook. And by the way, this isn't news, it's my opinion.