What is Journalistic Integrity in 2018?
Odyssey

What is Journalistic Integrity in 2018? 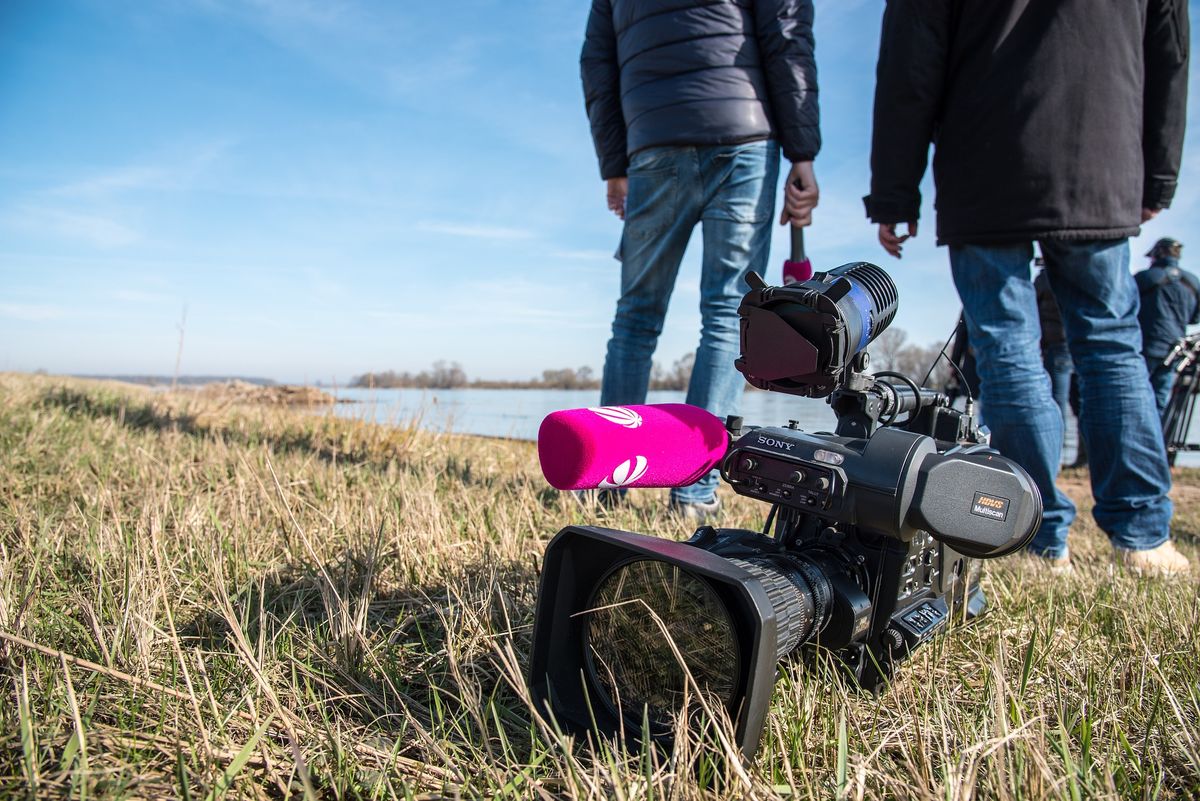 In a world where history is being treated as debatable, inconvenient truths are dismissed as "fake news", fact-checking is inherently political, the demand for transparency is treated as an 'agenda', and major news outlets are banned from the White House press room in favor of hate speech blogs and pro-Trump personal websites, being an aspiring journo brings in a unique set of pressures and questions.

If the President denies something he said or did, even on tape, investigative work is treated like liberal sabotage or democratic political agenda. If he claims he has a large crowd at his inauguration and drone footage strongly reveals otherwise, offering the facts of a visual perspective in contradiction of his subjective claims becomes a subjective act. When he uses hate speech to describe an entire group of people, saying so is no longer just the old accusations of being "overly politically correct" or "overly sensitive liberal 'snowflakes'" -- but actually denied, often being accused as the phrase that just might define Trump's administration: "fake news".

These are widely-publicized contentions between journalistic work, what's described as the general "media" (of which the exact definition is ever-evolving), openly biased bloggers and organizations, and the Trump Administration. They highlight, if not define, a highly divisive and politically divided nation.

If the president has declared war on journalism, is the act of journalism inherently political?

If he spends an enormous amount of time and effort attempting to discredit news outlets that claim objectivity, what does it mean to continue to fight for objectivity - and is objectivity itself an openly political act? If objectivity has become 'forbidden' on one side, does it make whatever news source that claims it automatically a force for the opposition? If half of the conversation's desire is to silence the entire conversation, does defying that agenda to have it anyway become a polarizing act? Does the politicization of seeking transparency, a necessary foundation for objective investigative work, then become subjective?

If someone has declared war on truth, is telling the truth political?

The answer, it would seem, is yes. Yet, failing to do so would be the death to free press. Considering we live in a nation founded on the idea that free press is a keystone of a free state, and the hallmark of free speech, then sacrificing it becomes the loss of freedom itself.

Are these questions then unproductive? Are they the same fallacious circular reasoning as the accusations that inspire them? Are they more necessary than ever?

At this point, it seems the best thing to ask is what, productively, can we do? What are actionable journalistic ethics in a time so divisive? Are the failures of our previous ideas partially responsible for where we are today?

If 98% of scientists agree that climate change is a proven, anthropomorphically-catalyzed phenomenon with immediate danger, is the "fair and balanced" presentation of information acknowledging that overwhelming consensus? In the past, many outlets have said no. Instead, we’ve seen the choice to continually represent the ‘two sides’ of a contentious argument in efforts to be fair and balanced.

We’ve seen opinions and hot takes. We have also seen the consequences of normalizing fringe and minority ideologies. In treating ‘the opposition’ with the same screen time – and therefore, illusion of validity - of that ‘overwhelming consensus’, we have experienced the cost of watching a national conversation transform until scientific evidence itself has become an opinion, rather than a bottom line.

While the determination of whether this is partially responsible for our current climate on all topics, or even the Trump presidency at all, is an important question – but not necessarily one we can answer without changing our practices and hoping to alter the national conversation.

With that hope, however, comes the confession that we cannot claim we are not responsible for the direction of that conversation. We cannot claim we do not hope, as journalists, that we will come closer to access to the White House, to transparency of important events and the people and power, and that the take that press itself is a problem – rather than a national necessity.

The more self-aware the media becomes about its own influence, the more it must acknowledge it has one regardless of the approach taken or the awareness of its impact. In looking at the failures of its past, we might see a progression towards an analyzed, responsible, and thoughtful approach to that is the moral imperative behind the future of journalistic integrity.

Failure to acknowledge implicit bias is dangerous, as we’ve seen now more than ever. Claiming objectivity without an effort being made towards it leads to opinions being treated as fact – a demographic feeling validated in their worldviews to accept the source. Likewise, a lack of fair discourse with people who refuse to critically examine subjective ideas because they’re convinced their ideas and worldview are all-knowing, absolute, and above scrutiny is the most dangerous of all. Herein, we see the heart of the same sources that call “fake news” on inconvenient objectivity.

Yet, for those of us on the side of journalism – painted in the corner of being against those against journalism – cannot help disagree with that opposition. We as people know what we think, and what we voted for. We are left to wonder the age-old question of, ‘Are we ourselves capable of being unbiased?’ alongside the concern: ‘How can we fight for the right to report the truth and the integrity of objectivity itself?’

Do we have time to ask if it unethical – or at least, less than honest – to claim that we’re capable of totally unbiased work? Is it a backburner question when the president denies the closest thing we have to truth – evidence itself? If we filmed it, and witnesses confirmed it, and tapes can repeat it, and the world sees it, and everyone knows he said it: saying it never happened is a lie.

Here, we might report what he said – and juxtapose it to his claim that he didn’t. We focus on reporting what happened, rather than criticizing the lie (as much as we ethically can, but that’s another debate altogether).

We are people, still. For some, this is deeply personal and more complex than textbook philosophy: a place where ideas themselves become messy, and internal wars rage behind the ideals of the Socratically unattached.

Therein lies the answer: we are people. We must hold each other accountable, and we must admit also that we are only human - and we have to live with that.

Kassie Hsu
Baylor University
4226
Panda Whale
Here are 100 things I'd rather to than study. I know the semester just started, but
Featured