If you've never been to your favorite band's concert before, do it. It is absolutely worth every moment and every penny. 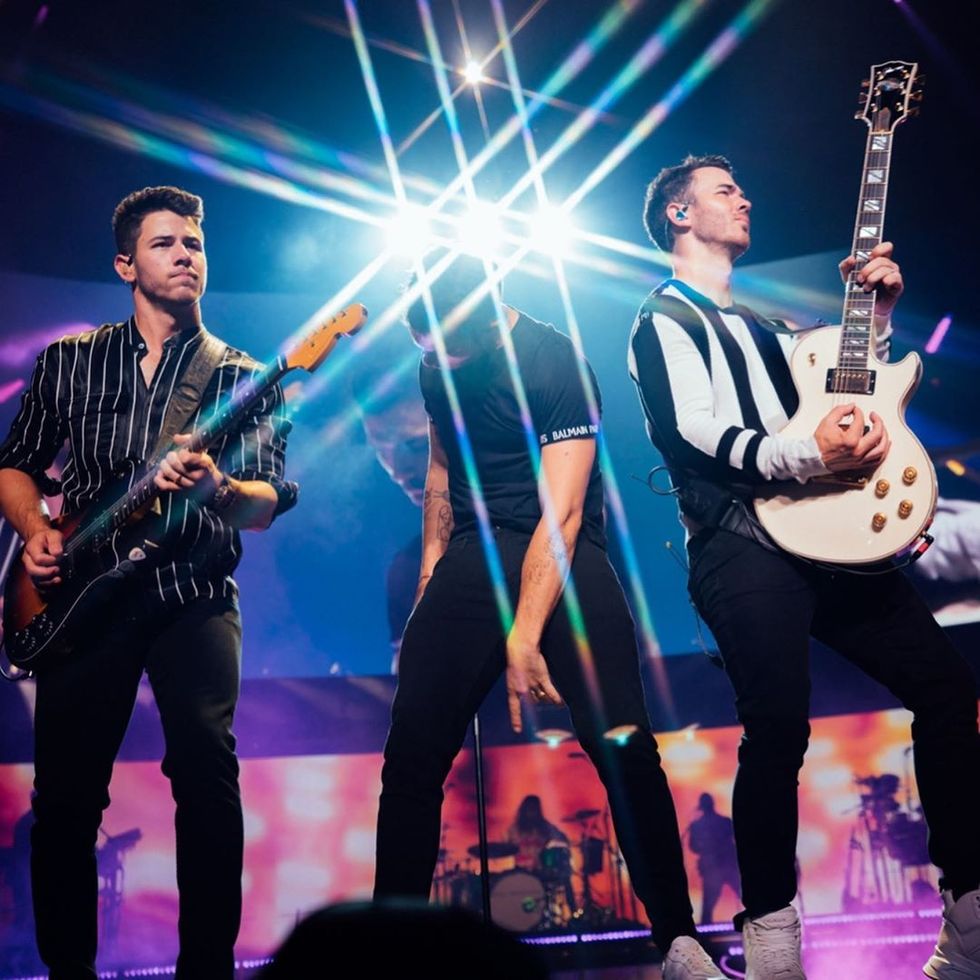 For the first time since 2012, I was able to see the Jonas Brothers in concert in San Antonio, and it was a dream come true.

I went with my brother and sister, who have loved the Jonas Brothers for as long as I have, and are the reason I came to love them in childhood. From their first album, I have loved their music and the boys themselves. They were the best of the Disney stars, and that talent only grew once they left Disney and were allowed to express themselves without those restraints. It was heartbreaking when they broke up because they didn't really give any reason for it. That 2012 tour, that Houston concert, was the last one for what I and my siblings thought might be forever. So when the Jonas Brothers dropped their "Sucker" video unexpectedly back in March, it felt like coming home.

Watching them in concert last Friday, it was evident that they had grown even closer as brothers as well as bandmates. Their time apart, with Nick doing his solo stuff, Joe with DNCE, and Kevin using that time to be with his family seems to me to have strengthened their connection. They've grown and matured on their own as well as together, and as we've seen from the documentary they released, they learned more about themselves and each other that they wouldn't have learned if they had stayed together all these years. There was a kind of magic in their music, watching it live, the way that a stadium full of thousands of fans could sing along in unison, knew the exact times to clap, to dance, to wave our phone flashlights in the air. The magic was always there for me in the previous concerts I had seen live, but this time it seemed to be there for the brothers as well.

And I've grown as well, as have my siblings. This is the fourth concert I've attended with my sister, the third with my brother, and this time we're so much older than we were before. In the past few years we've gone our own ways a little bit; this is my third year in college, four hours away from my hometown; my sister has lived in San Antonio for the past few years running a small baking business from her home; my brother is partnering with his best friend to launch a YouTube channel soon. We are so different from who we were the last time the Jonas Brothers toured. We're not children anymore and we rarely see each other altogether like this. But if there's anything I can take away from the concert on Friday (you know, besides the amazing awesomeness that is the Jonas Brothers), it's that no matter how far away we go or how much time passes, there are things that just don't fade. It was a perfect day with my older siblings and I'm so grateful to have had that and to know that we will have more of those days, even if we're not together anymore and if our dreams and futures take us further away.

But God, the concert. I wasn't expecting them to play all of my favorite songs, but they did, even though my favorites tend to be less popular. I love that they didn't just play songs from the new album, but they went back, all the way back, singing songs that I didn't even know I still remembered the lyrics to. It renewed my love for some of their oldest songs and reminded me why I loved them in the first place. Hearing them sung now, some more than ten years after they were first written, just lent even more to the magic, to the nostalgia. And being surrounded by thousands of people that I know felt the exact same way I did made it even better.

All of these words and none of them can truly describe the way that one concert makes me feel. But if you've been to a concert of your favorite band before, then you know what I mean.