Jailing Your Political Opponents Is Not Funny

Jailing Your Political Opponents Is Not Funny 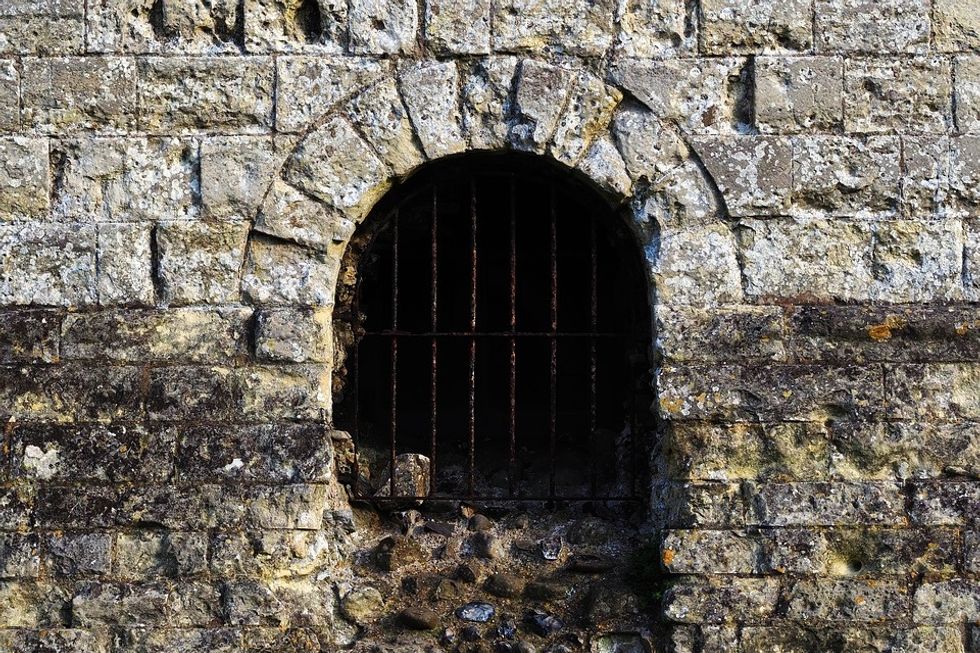 Oh my dear reader, while I am a strong proponent of freedom of expression, there is a new variety of "jokes" which are disturbingly coming from many of the most influential voices of our land. Imagine a country far away, where discontent with the status quo brews volcanically under the surface. This candidate on the summit of the volcano knows the exact words to utter in order to legitimize the people's anger against status quo politicians.

"They should all be thrown in jail!"

The crowd is delighted- and immediately believe they are on the true side of history.

I recently watched a video in which Voltaire was quoted as saying "those who can make you believe absurdities, can make you commit atrocities." This branding of our political opponents and politicians we do not like as "criminals" breaches the regular restrains of public debate- and enters into dangerous territory as we saw in the Michigan coup attempt.

While I am aware that tensions run strong in this country, this type of desensitizing the populace to the idea of having politicians thrown in jail has dangerous consequences and dismisses the real sufferings of many political prisoners around the world. We do have liberty to joke, but this liberty becomes license when the lives of others are threatened. When it comes out of the mouth of a leader of a country, he brings these "jokes" to a whole never level and radicals such as the Michigan-Plotters may heed these seriously.

Jailing your political opponents is not funny- in fact, it is one of the gravest violations of human rights. To joke about locking up your opponents would be the equivalent of joking about taking away the free press because the press was unflattering or banning Catholicism because "Catholics are unamerican." The press, religion and fair trials are among the cornerstones of a free country, and we must hold them up as the sanctuary of democracy.

I was fortunate enough to hear from two prisoners of conscious- kind of. One was a prisoner of conscious in China, and the other was the cousin of a political prisoner in Venezuela. The Chinese dissident Guangcheng Chen spoke to my graduate program about the horrors he faced for exposing genocidal practices of the Chinese Communist Party. For the Venezuelan speaker, his cousin was jailed out of the dictator's own personal jealousy. Leopoldo Lopez, a man of deep political convictions and a massive library was kept out of contact from his young family. Both of these incidents are tragic and a very real fact that the world faces today. Both Guangcheng Chen and Leopoldo Lopez did nothing wrong, both of them spoke the truth and stood up for their beliefs. Neither of these gentlemen were violent, and both fully expressed their convictions and had their voices silenced. Freedom of expression is vital for a democracy, and part of that expression is the right to express viewpoints that are different from the leaders in power.

When these comments come out of the mouth of a political leader- they are taken seriously by some, and a mockery of freedom of expression is made. A president of a country must resistance the temptation to make such jokes! We need political opposition to challenge our own views, and to add to the diversity of a nation. When opposition is stifled, then the space for public discourse and ideas is robbed of some of our brightest minds and new ideas. Regardless of our beliefs about any politician- we should never throw anybody in jail for their convictions. Many of the greatest minds in history- Nelson Mandela, Lech Walesa, Antonio Narino and countless others have been imprisoned for the crime- the greatest crime of having a belief that was different than leader's.

Democracy is a precious vessel, guard her with all of our hearts. Let's ensure each vote is counted- regardless of where we stand, and that every voice is heard. May we live in a peaceful democracy for many more years!