At what point does ridiculous become effective advocacy? 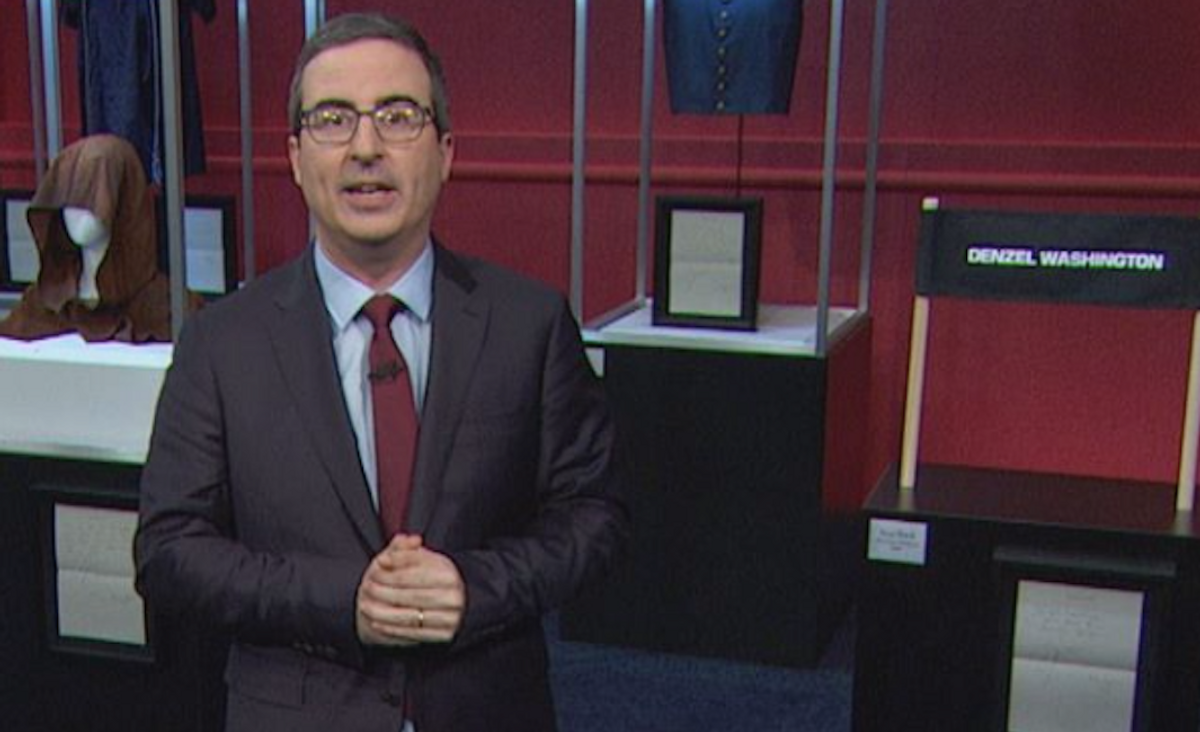 John Oliver, the host of "Last Week Tonight" on HBO, wrote a children's book about a gay rabbit and bought Russel Crow movie memorabilia for no rational reason, yet he is one of the most influential personalities on television.

I’ve been told it’s not because he has a British accent, although I am still skeptical of this statement. It’s not because he is armed to the teeth with HBO comedy writers and researchers, although that certainly helps. After all, if good research was the secret to loyal viewership, my YouTube history would consist of CNN videos and not its current collection of bench-clearing baseball brawls and the New Yorker Cartoon Caption Contests.

Somehow, John Oliver videos live among the great Oakland A’s vs. the Kansas City Royals fight of 2015 and Adam Scott writing captions for stick figures. Somehow, I know more about Net Neutrality than my friend majoring in computer science does because of John Oliver. In case you haven’t watched his show, here’s a summary.

The man who will voice Zazu in the Live-Action Lion King puts on a checked shirt and tie to talk about an often overlooked topic in the news. Oh yeah, and he tells a lot of jokes while doing it. Sometimes, he will intentionally be overwhelmingly petty to make a point, and we love it.

It can be easy to label John Oliver and his work as ridiculous. When will HBO give him a line not to cross? More importantly, when will he cross the line that HBO told him not to cross? But, let me give you some insight into his secret mastermind plan: it’s supposed to be ridiculous. He is influential because he is ridiculous. Ridiculous is how he can talk for a half hour about the Iran Deal and have more viewers than the last week’s episode.

The best part about this ridiculously genius concept is that it seems to be working. People seem to be learning. It isn’t news, and Oliver himself will be the first one to admit it, as he did in his special about journalists. But, the more people he gets to talk about an issue, the more success his show has. I’m not talking about success in ratings or awards (although he has most definitely achieved that). I’m talking about the success he has had in helping people.

Hey, HBO, don’t give him a line to cross. Let him use your resources freely to buy or make ridiculous things. Or maybe draw a line, and let him break it. The work he’s doing is important. We’ll keep talking about him and that means we’ll be talking about meaningful issues too. Keep up the good work, John.