In a universe filled with peril, does the lack of depth drown out the plot and character potential? 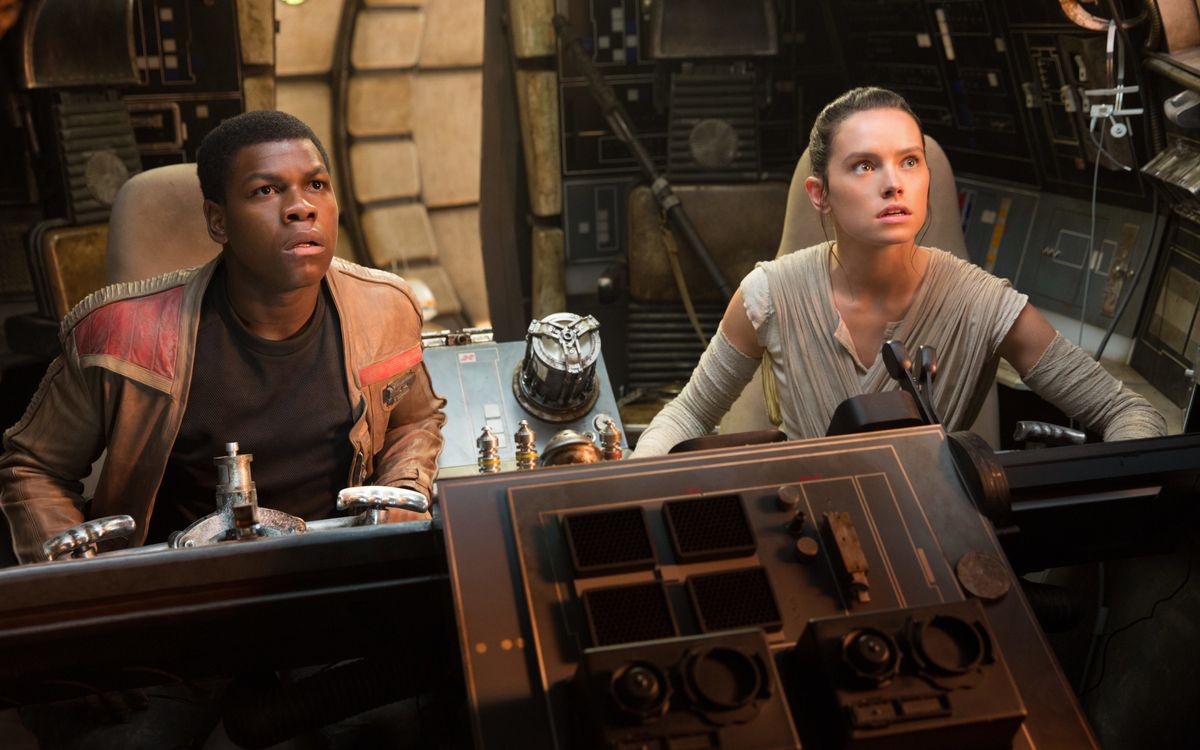 Yet again, the Resistance is in peril. Supreme leader Snoke, the leader of the First Order, is determined to eliminate the Resistance once and for all and regain control of the universe with the help of General Hux and Kylo Ren. Even with Princess Leia reigning the ropes of the Resistance, fighters are dying and no one in the galaxy has provided aid to these fighters. Without help, the Resistance is at risk of spiraling to a dreadful death causing the political power universe to be in jeopardy.

From “The Force Awakens," we were introduced to three of many main protagonists vital to the Star Wars trilogy and essentially the ones who need to save the Resistance: Rey, Finn, and Poe. Throughout the movie, we see these three perspectives played out at different ends of the universe trying their best to make sure the First Order doesn’t annihilate the Resistance. Their storylines in the movie all connect back together at the end and tie the movie together like a present.

During Rey’s perspectives, we see her on an island inhabited by none other than Luke Skywalker. After his seen failure with Ben Solo, also known as Kylo Ren, he shipped himself off to the other side of the universe shielding himself from the practice of the Jedi and anything having to do with political power in the universe. Rey is trying to convince him to come help the Resistance as they need him desperately and also came in hopes Skywalker could show her how to better handle the Force and her feelings.

Poe is stubborn and impulsive. When General Leia falls ill and is no longer able to be the general of the ship, she appoints Vice Admiral Holdo in charge of strategic planning for the ship. Having a bone for battle, Poe is disappointed and shocked when he hears the plans of Holdo and decides to take the fate of the Resistance in his own hands. Scheming a plan with Finn and Daisy, a new character to the movies, they create a dangerous plan that could possibly stop the First Order from destroying the Resistance’s ship.

Finn wants to save Rey. After being in a comatose state, Finn is awake and not only wants to save his friends from the fate of the First Order but also wants to prove that he is more than he was before in his past. With the help of Daisy, she and Finn set off a quest that will help the Resistance escape from the grasps of the First Order and help them figure out what to do next. This plan that Finn and Daisy embark on involves trouble, a hacker, and none other than our one and only BB-8.

Now that the movie has been out for a week, there are enough reviews to gauge the heart of the movie. Although the movie is 92% certified fresh on Rotten Tomatoes, fans feelings on the movie are conflicted, a 53% approval rating, and regain on opposite sides of the spectrum.

Some love the movie. They like the introduction of the new characters and the personality they bring to the Star Wars movies. The comedy, the determination, and familiarity that it shares with some of the old Star Wars movies is nice to see again.

The picky and negative side of the spectrum hate the movie. From the lack of depth in many characters to the irrelevant scenes and storylines and the movie, many are disappointed in the buildup of "The Last Jedi." Why may this be? Too many characters and not enough screen time for all of them. Many of the characters seemed to lack a connection to the premise of Star Wars and were seen as merely "filler" characters.

Now while the plot is typical and slightly overdone and some characters should have had a way better storyline *cough, Finn, cough*, I think that this Star Wars movie was pretty great. The best one out there? Obviously not, but there were definitely some things that were unexpected and some connections between characters that I really enjoyed watching. Maybe I’m slightly biased because I absolutely love John Boyega and him playing Finn, but the movie definitely wasn’t the worst one out there from the Star Wars movie saga.

If you haven’t seen it yet, I say go and see it. Watching "The Last Jedi" or "The Force Awakens" is a great way to start delving into the world of Star Wars and get you more interested in the other six Star Wars movies that have been out for decades (seriously “Return of the Jedi” is magical). And, what better time to binge watch movies than during winter break?