In a new essay, J.K. Rowling exposed her blatant ignorance on transgender issues. 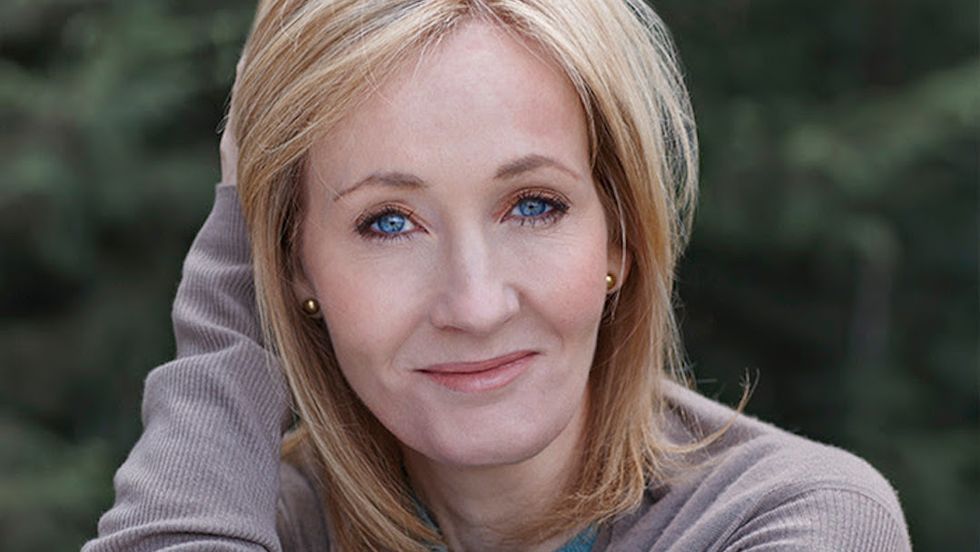 J.K. Rowling has been in the news lately because of her views on transgender people. It began several months ago when Rowling tweeted her support of Maya Forstater. Forstater's contract work was not renewed after she tweeted, "People who I admire . . . are tying themselves in knots to avoid saying the truth that men cannot change into women (because that might hurt mens feelings)."

After receiving quite a bit of backlash, Rowling published a lengthy manifesto on her website. The article didn't help the public to understand Rowling's point of view. If anything, she just dug her grave even deeper.

Rowling has been accused of being a TERF. For those that aren't familiar, TERF stands for "trans-exclusionary radical feminist." It's a branch of feminism that believes trans women are just men trying to invade female spaces. They also believe trans men are traitors to the female gender. The TERF mentality reaches a disturbingly high level in Rowling's article.

What makes it so disturbing is how she seems to try to underplay this sort of extremism. "Examples of so-called TERFs range from the mother of a gay child who was afraid their child wanted to transition to escape homophobic bullying, to a hitherto totally unfeminist older lady who's vowed never to visit Marks & Spencer again because they're allowing any man who says they identify as a woman into the women's changing rooms," Rowling writes.

She doesn't just gaslight her audience with fictional examples, which, granted, Rowling is quite experienced at coming up with. She also attempts to normalize the TERF way of thinking. In the very next sentence, Rowling writes, "Ironically, radical feminists aren't even trans-exclusionary – they include trans men in their feminism, because they were born women."

The above statement is a perfect example of someone getting caught in a lie and unintentionally exposing the truth. Rowling is trying to act like the TERF mentality isn't real, yet her reasoning is at the very basis of such thinking. She is valuing of a group of trans people, not because of their gender, but the biological sex they were assigned at birth.

Rowling also displays a complete lack of understanding when it comes to gender dysphoria. "But, as many women have said before me, 'woman' is not a costume," she writes. "'Woman' is not an idea in a man's head. 'Woman' is not a pink brain, a liking for Jimmy Choos or any of the other sexist ideas now somehow touted as progressive."

Trans women who experience gender dysphoria aren't wearing women's clothes for fun. They're wearing them because they need to. It's a matter of survival. It's who they are. It's not someone they're pretending to be. Rowling further exposes her TERF mentality when she says things like this.

Rowling claims to have done extensive research on trans issues. Bearing this fact in mind, it's hard for me to believe she isn't coming from a hateful place. In a previous article, I said Rowling was just ignorant and needed to be educated. It's become clear to me that she hears what she wants to hear. She already has her mind made up. She's not interested in learning anything. She just wants to take information and twist it to fit her narrative.

Rowling's main issue is the fact that she sees validating trans women as invalidating cis women. It comes across as, "My struggle is more important than your struggle." I believe this is the reason Rowling is deliberately ignorant on several trans issues. If she were honest about these issues, it would force her to see that sexism and transphobia aren't in competition with one another.

Two things that Rowling seems to weaponize against the transgender community are de-transitioning and teenagers transitioning. For one thing, someone who de-transitions shouldn't invalidate the countless other trans people whose transitions are vital to their very existence. One has nothing to do with the other.

In her article, Rowling seems to make light of teenagers' experiences with gender dysphoria. She writes, "The argument of many current trans activists is that if you don't let a gender dysphoric teenager transition, they will kill themselves."

Yes, people do say that because it is a very real possibility. It has happened many times before. Gender dysphoria makes you feel like you're in the wrong body. If your body starts going through puberty, that feeling of discontent will only grow. This is why it's important to give teens options for starting the transition process.

When it comes to young teens starting their transition, there are steps put in place to help prevent needing to de-transition later on. This is where puberty blockers come in. Despite what some have said, puberty blockers don't cause any permanent changes to the body. It does exactly what it says, it stops the process of puberty.

This is especially useful for trans females, whose voices don't change with estrogen. If the teenager realizes they're not trans, they can stop taking the blockers. Their body will continue with puberty as usual. It will pick up where it left off.

Rowling doesn't seem to understand that in order for a teenager to transition in the first place, they need to have a diagnosis. Therapy and doctor's appointments are a vital part of starting that process. No doctor in their right mind would allow a young person to transition without being absolutely certain.

"The allure of escaping womanhood would have been huge," Rowling writes. "I struggled with severe OCD as a teenager. If I'd found community and sympathy online that I couldn't find in my immediate environment, I believe I could have been persuaded to turn myself into the son my father had openly said he'd have preferred."

If Rowling told a therapist she wanted to escape womanhood as a teenager because of sexism and OCD, she wouldn't be diagnosed with gender dysphoria. She wouldn't be put on puberty blockers and no doctor would prescribe testosterone. The most she would've received were more therapy sessions and a prescription of anti-anxiety medication.

Perhaps the most discussed portion of the article came when Rowling talked about the abuse and sexual assault she experienced. She used these horrible experiences to justify her view that trans people shouldn't use the bathroom of the gender they identify with. It's absolutely horrible that Rowling experienced these things. No person should ever be subjected to such treatment. However, this isn't a reason to deny trans people a basic human right.

This sort of transphobia needs to be reduced. In order for that reduction to happen, there needs to be more education. However, J.K. Rowling has shown us that education alone won't work. People need to be willing to listen and learn. Here's hoping those people outnumber people like Rowling and Maya Forstater.