J.K. Rowling And Kaitlin Bennett Have ONE Thing In Common, Neither Understand Trans Rights

Recent events involving J.K. Rowling and Kaitlin Bennett prove that education is the key to progress on trans issues. 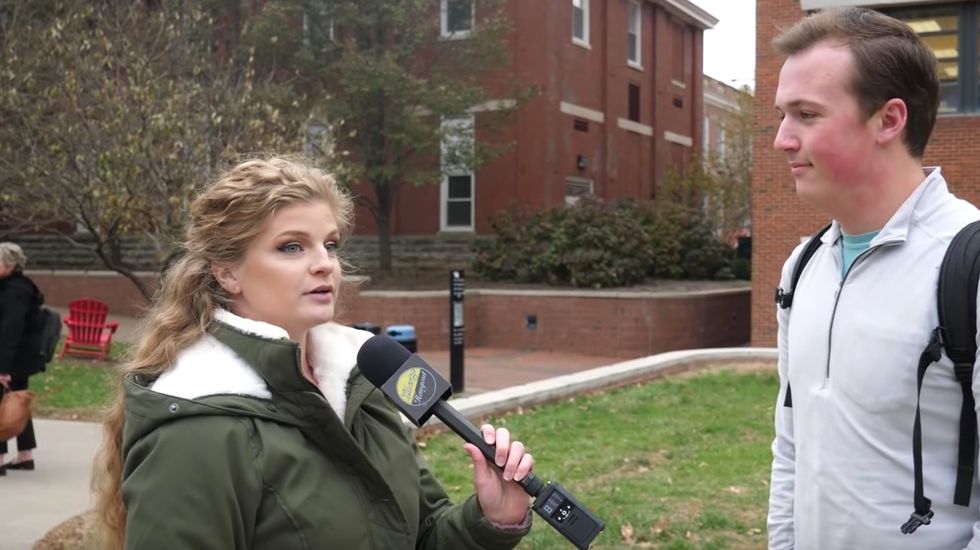 When it comes to bigotry, ignorance is usually the main cause. Not everyone is fortunate to live in a big city will a diverse population. Some people are raised in small towns with extremely narrow-minded surroundings. People always have the capacity to grow, however. Education is key to this growth.

The transgender community has been gaining a lot of visibility in recent years. Trans rights are still a new topic of discussion for some, whether dealing with public bathrooms or the military. Hate crimes are alarmingly high for trans people, especially trans women of color.

There is absolutely no excuse for such behavior. It really seems to come from fear of the unknown. In order for things to improve, these fears must be faced. People need to be educated.

While I don't consider myself to be an expert on all trans issues, some recent events got me thinking. It seemed like a perfect opportunity to educate some who really need it.

That is, if they're willing to listen.

J.K. Rowling has been in the headlines lately for something she tweeted.

Surprisingly, it wasn't something she tweeted against, but rather in support of. She tweeted in support of Maya Forstater, a British woman whose job contract expired and was not renewed. The story many are trying to spin is that Forstater was unfairly branded transphobic for pointing out so-called biological truths. This is the story Rowling seems to believe, as evident by her tweet.

I don't think Rowling herself is transphobic, but she does appear to be misguided. I don't think she knows the whole story.

What people don't seem to understand is that Maya Forstater isn't merely pointing out biological facts. She has tweeted beliefs that many would categorize under the TERF label. TERF stands for "trans-exclusionary radical feminist." They believe that trans women are just men trying to invade women's spaces. They also believe that trans men are traitors to the female gender.

Forstater tweeted a thread which included referring to trans women as "men." She also claimed that these trans women would be exposing themselves to vulnerable cis women and girls. This was her argument for why trans women shouldn't be allowed in women's restrooms or locker rooms.

My main issue with Forstater is that she blatantly refers to trans women as "men." It comes across as if she's invalidating their entire identity. This bothers me, because it can trigger dysphoria is trans people. Dysphoric feelings can lead to suicide. Suicide among trans people is a serious issue.

This is why Rowling shouldn't be supporting a person like Maya Forstater. I don't support cancel culture. At the end of the day, I don't think that helps anyone. What I do think needs to happen, is more education. Not just for Rowling, but for Forstater herself.

Obviously, Forstater's employer has every right to fire her if they choose. I'm not trying to deny them that right. However, it shouldn't stop there. Educating people on how and why they got something wrong is an important next step.

Education is something a young woman named Kaitlin Bennett could use too.

A self-described gun rights activist, Bennett is an outspoken conservative voice online. She has become known as "gun girl" because she brought a gun to her college graduation.

Bennett is featured in a video on YouTube called, "College Students Have No Morals." It featured Bennett walking around the University of Kentucky campus and asking students about trans bathroom issues. Clips from the video have gone viral on Twitter.

There is an aspect of the video that seems unintentionally clueless. I highly doubt trans women would actually want to use a urinal if given the option. I don't and can't speak for them, but I imagine they would want to blend in with the other women in the restroom. I also think a urinal might trigger some dysphoria (although that is different for everyone).

Obviously, Bennett has the predictable disapproving stance on trans people using the bathroom they choose. But she took it another step further when she questioned how to identify those with a more ambiguous look. She wondered how to know whether to use "sir" or "ma'am."

It's not required to use "sir" or "ma'am" to exchange pleasantries. Such wording is usually reserved for more formal environments and even then, there are other options. But that's beside the point. The way Bennett questioned this issue made it sound like she was trying to come up with reasons to say being trans is wrong.

From my own experience, trans people typically present themselves as the gender they identify as. If a trans person is at the beginning stage of their transition, it might be more difficult to tell.

However, if you do get it wrong, the sky won't open up and people won't start keeling over.

Nine times out of 10, trans people are pretty cool and understanding when it happens.

It becomes a problem when the misgendering person makes no effort to correct themselves.

It becomes an issue when the person continues to misgender them deliberately.

It's not difficult to spot the difference between those people and individuals who are genuinely making an effort.

This sort of education is something Bennett can certainly use more of. When you first hear Bennett's views, you might think all she needs is to be exposed to more trans people. Maybe she's just ignorant. However, it becomes harder to be compassionate when you see her reaction to students who try to educate her. Bennett will listen to what they have to say, but walk away with a snide comment or making a face at the camera.

In order for education to have a positive effect, one must be open to it. Maybe Kaitlin Bennett will grow, maybe not. Whatever the outcome, I remain hopeful that the transgender community will make progress. There will always be people who aren't just ignorant, but thrilled to wallow in their ignorance.

But that won't stop the overall climate from improving. Every civil rights movement has endured this kind of pushback. Yet, things have always gotten better. Look at how America has improved on issues like segregation, women's right to vote, and marriage equality.

Trans rights have a long way to go and I have no doubt there is a light at the end of the tunnel.