It's Time To End The Organic And Vegan Propaganda, Once And For All
Odyssey

It's Time To End The Organic And Vegan Propaganda, Once And For All

Fear-based marketing is only making us regress in scientific progression. 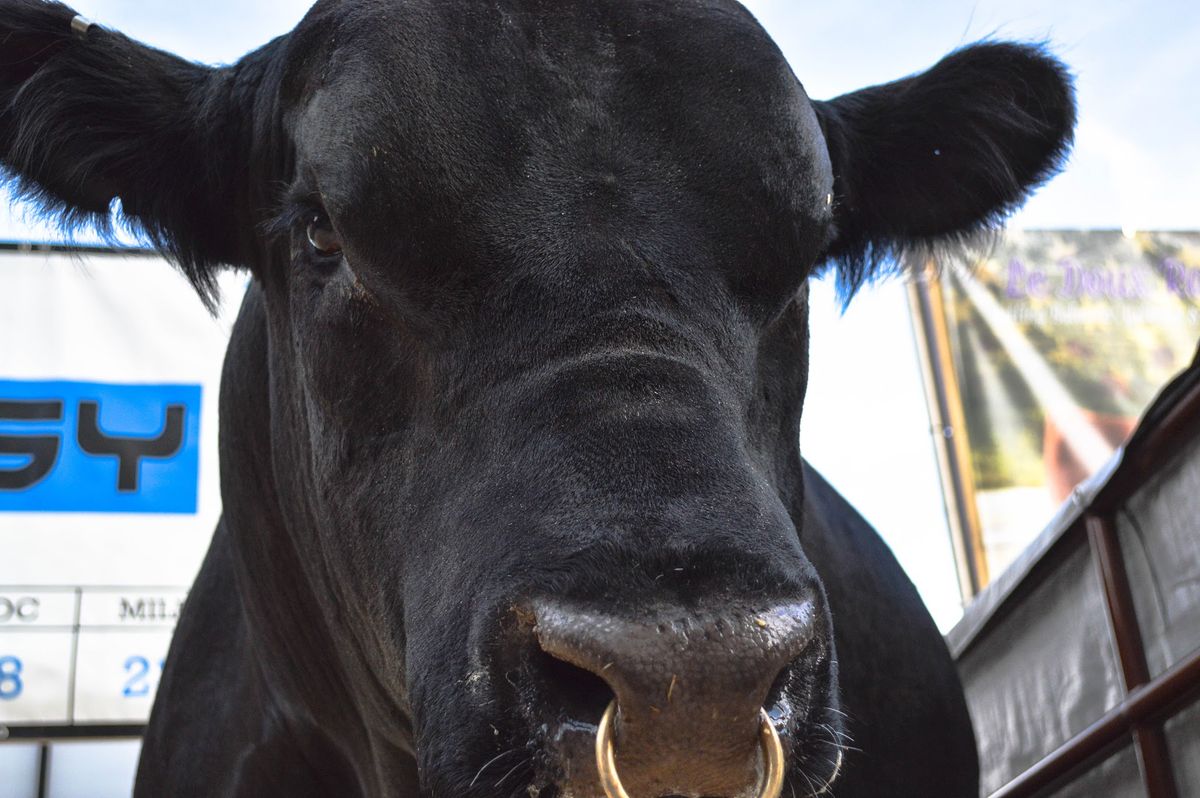 I have been involved in agriculture my full 21 years of life. It plays a role in all of our lives. I grew up on a small farm and helped out my uncles with their larger farming operations.

What I have learned in college is very few people in the world get the privilege of truly seeing how their food is grown and raised. They are quick to fall into marketing ploys and misinformation being spread by animal rights groups.

That isn’t the fault of anyone people who believe or sympathize with these groups.

It is a combined fault of companies putting knowingly wrong information out there in an attempt scare you into buying their “safer” or “more ethically” grown product, and our fault as agriculturalists for not being more active on social media to show you what is actually happening.

You’ve seen the cute little cow in the barn with one pig, a horse, and a couple sheep… Yeah, those still exist. But those people are only sustainable for themselves and maybe an occasional donation made to a club to auction off the meat or whatever excess we may have.

Family-owned farms are a huge part of agriculture today and account for 97% of all farms in the USA.

The main reason is that around the 1920s people started wanting to leave the hard work of the farm for the “easy” work in the city. This meant they sold their farms to other farmers, creating few families farming with very large farms to take care of.

A photo of a family cattle ranch in Idaho showing their best cattle at the National Western Stock Show in Denver, Colorado.

2. GMOs are safe and they always have been.

There are over 2000 worldwide studies proving the safety of GMOs. Need I say more?

Genetically Modified Organisms (GMO) increase efficiency of nutrient absorption, help crops regain natural pest defenses they once had before humans started breeding plants, increases crop yield, and saves people from malnutrition and diabetic emergencies, all while maintaining the same nutrition as the original crop (some GMOs have been created to have more nutrients to help certain third world nations with vitamin deficiencies; you can read more on that here).

Imagine if you kept using a desktop from 50 years ago to complete tasks we do today. It’s possible, but very counterproductive compared to today’s technology; the same applies to agriculture technology.

3. It is animal abuse to NOT give them the antibiotics they need.

It makes me sick when I see organic companies using this as a marketing ploy. You know what this means?

They are likely just killing the animal for nothing, letting it go to waste if it gets sick so that it doesn’t get the rest of their herd sick, or letting the animal suffer and be sick for months longer than needed, probably ending in a terrible death anyways.

It’s just like if you got strep any your mom refused to take you to the doctors and let you suffer; your body could heal itself with a lot of pain on your end, or you could more likely develop bacterial infections in your vital organs and die a slow, painful death.

4. We make sacrifices for the lives of our animals.

I can’t tell you how many days I fell asleep in class because I had to help a cow have her calf or a sheep have her lamb in the middle of the night, slept in the barn with calves whose mothers rejected them, slept in the pasture with my horse after an injury, risked forever sterilization of myself giving much-needed medications to my animals… the list goes on.

A photo of me literally sleeping in the barn with a calf whose mother rejected her so she didn’t get cold and die.

5. We call out abuse in the industry.

Not just because it's wrong, but because it hurts the industry so much.

So much concern is about animal welfare, and trust me nobody cares more for these animals than farmers. However, just as there are still pedophiles in Hollywood, there are still abusers in agriculture.

We call them out not only because it’s wrong to treat an animal that way, but also because it eliminates more competition when it comes to market. Not to mention, if you aren’t taking care of your animals in every way possible, you probably aren’t making very much money and have a higher chance of going under.

Either way, you won’t last in the industry if you abuse animals.

My heifers for class, I raised and did nutrition research on. It took me 3 days to carefully calculate and balance the food Jolene is eating in the photo above.

However, large family ran farms are still NOT factory farms. Family farms are split into two types of farms; small-business and commercial family farms. Factory farms are run by corporations and people not apart of a family; again, these guys only account for 3% of the industry.

Pictured above is me pregnancy-checking the cows to see how far along the mother is and to make sure there are no complications. Doctors do this to humans, too. They just don’t need to stick their full arm in there.

7. We recognize the necessary evil of pharmaceuticals.

They have been key in reaching sustainability in the agriculture industry. We’re not too fond of their patents and laws; most of those are a complete overreach of power. If we cross the line anywhere, we can expect to lose our farm.

However, they still fund, check out, and discover vital things to help us cut down chemical use, increase crop yields despite less land, and hopefully solve hunger/malnutrition issues we face today. We foot the bill to those pharmaceuticals and possible loss of our farm to help reach sustainability and progress further with science.

They just have to be “naturally” extracted. They have the same chemical structure as what conventional ag uses. The difference is conventional agriculture uses a version that was synthetically made.

The only thing organic farming cannot do is use GMOs. In other words, organic farming is highly unsustainable and requires the use of even more chemicals because their crops are fragile and low-yield.

9. Younger generations of farmers are now on social media.

The average age of the American farmer is 56 years old… They don’t really care for social media which is why you’ve never seen anyone commenting about this until recently.

That 56-year-old farmer has sent their kids off to college to make sure their farm is updated and run with the newest technology the world has to offer in the most efficient ways possible.

We know we need to be sustainable, we’ve studied it our whole lives, and went off to college to actually become scientists in this field. Farmers are no longer uncultured or uneducated like the media paints us to be; we are actual scientists trying to progress this previously overlooked field (pun not intended).