Is The System Rigged Against Refugees?
Odyssey

Is The System Rigged Against Refugees? 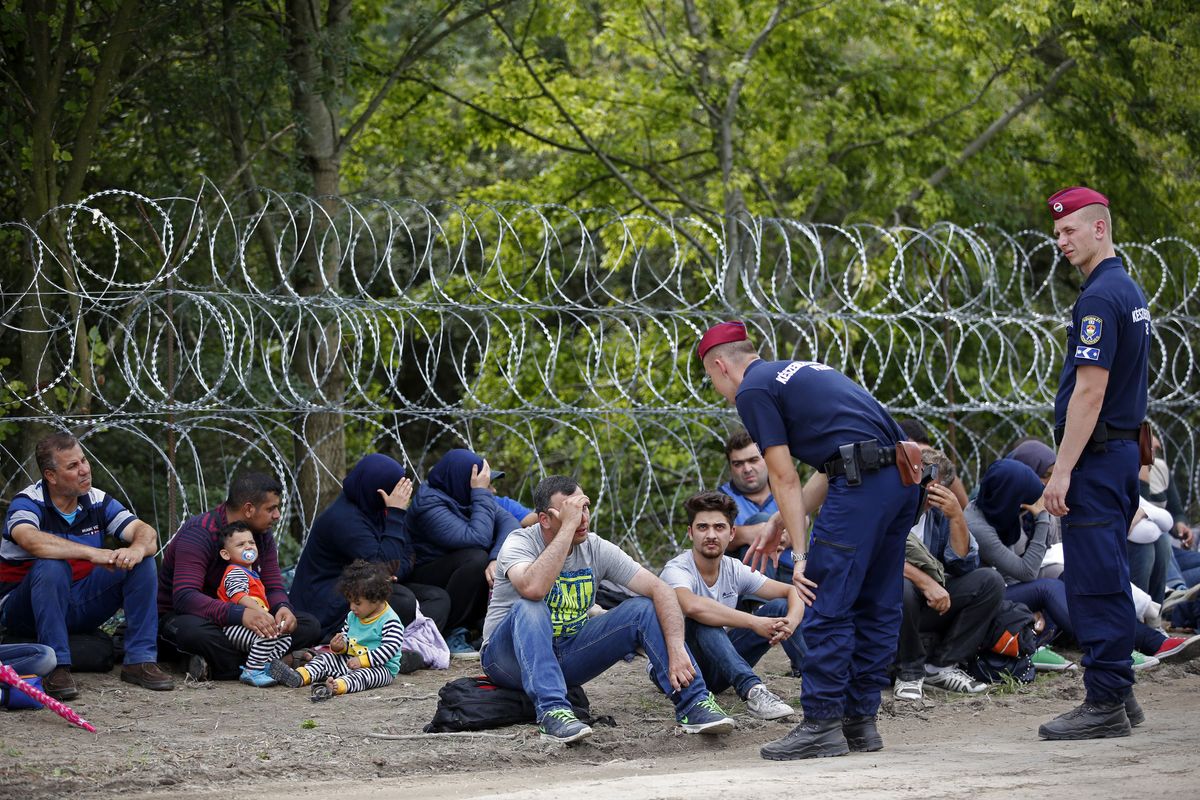 Two weeks ago, President Trump ordered missile strikes to Syria. The move was a reaction against the actions of Syrian President Bashar Al-Assad. The chemical attack allegedly ordered by Assad killed 89 people, and in a rare showing of humanitarian concern, Trump fired back.

Of course, it's difficult to choose specific targets when you send missiles to a country, and among those killed by the United States missiles were nine civilians--four of them children. Rather than getting revenge for the lives of innocent civilians, Trump's actions added to the death toll.

It doesn't matter whether or not you think that Trump (or Trump's team, really, because Trump is the kind of president who recieves policy recommendations from Fox News) was right to send missiles to Syria. What does matter is that he killed nine civilians-he's contributing to the violence in Syria without making it any easier for people to get out of the country.

It's a controversial issue in the European Union as well, certainly because of racism, but also because of economic concerns (despite the fact refugees are likely to help with economic growth) and security concerns. In order to stop refugees from coming into their countries, Europe has made it extremely difficult for those in conflict zones to get to areas of safety.

To listen to politicans talk about the 'masses of refugees taking over their countries', one would think it would be easy for them to cross borders and make themselves a home. The reality is much more difficult.

The majority of refugees use the sea route to get to the European Union and escape from Syria. The journey is treacherous--as of the end of May, 2016, more than 2,500 refugees and migrants had died trying to cross the Mediterranean in that year alone.

The two countries that refugees who take the sea route tend to end up in are Greece or Italy. Once there, their journey is far from over. They then have to apply for asylum. It's a tedious process, since you have to be in a country in order to apply for asylum there. So a refugee who makes their way over to Greece might have to continue their dangerous journey--even traveling as far as from Greece to Sweden.

Why would they? One would think that once a refugee reaches the European Union, they should apply for asylum in the first country that they reach. Unfortunately, that's not how it works, largely because some countries are much more likely to accept refugees than others. Sweden accepted 77% of refugees who applied for asylum in 2015, while Germany accepted only 44% and Hungary less than 10% of applications.

What happens, then, if an application is rejected? Could a refugee rejected from Greece make their way to France, apply again, and wait to see what happens? This term is called asylum shopping and it was banned by the European Union in 2015 with the establishment of the Dublin Regulation, which essentially states that an applicant rejected by one European Union member state cannot apply to another one.

Therefore, refugees who are rejected by a country such as Hungary are not able to apply for asylum in another EU state.

When refugees are described by Trump and other leaders, it seems like they're just allowed to waltz into whatever country they want. The reality, however, consists of large numbers of background checks, vetting, and a difficult process. It's safe to say that refugees who escape from Syria are nowhere near safety--not until they are granted asylum. Otherwise, they could be sent back at any moment.

I don't propose to know what the European Union should do, but I do know this: The system that they've established is unquestionably rigged against refugees. It's difficult and dangerous for them to achieve asylum, and the rules established show just how little concern for human life that policy makers have.