Intersectionality 101: Understanding Your Privilege And Oppression

Explaining the misunderstood concept of intersectionality 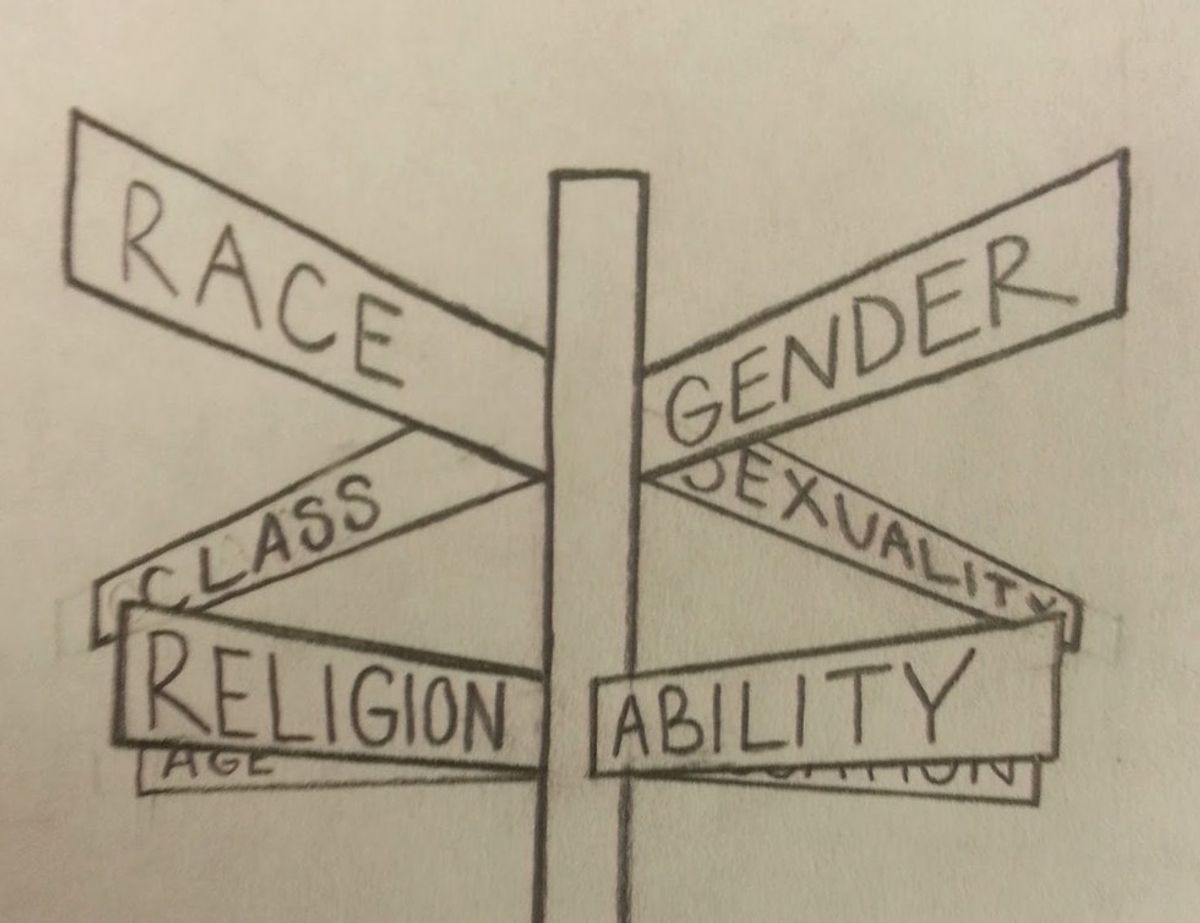 People can be oppressed and privileged in many different ways. Most commonly, you hear about gender, sexual orientation, race. This is where the tension comes into play because these are the most common systems you hear about. A straight, white cisgender male has straight privilege, white privilege, cis privilege and male privilege. However, often from my own experience, I will see these straight, white cisgender men get offended at being called privilege. That's a little ironic, because if being called privilege is insulting to you, then you probably are privileged considering there's a whole vocabulary out there just to degrade marginalized people.

Privileged people -- don't apologize. Nobody is blaming you. It would be hypocritical to judge someone who is privileged because the majority of the time someone can't help but have their privilege. That's not what this is. This is about understanding your privilege, and realizing that there are certain institutionalized forms of oppression that you don't face, but one important thing is to remember that all oppression is connected.

So, don't feel guilty for having privilege. If you're blind to your privilege then that's where the problem starts. Just because you have some forms of privilege doesn't mean you've never worked hard for things in life and nobody is blaming you. It's not about you as individuals, it's about the systematic institutions of oppression.

People deserve to have the same chances and opportunities in life if they want them. It's as simple as that. So understanding your privilege and oppression is just one simple way to help.