There's only been a few episodes, but I have a lot of opinions. 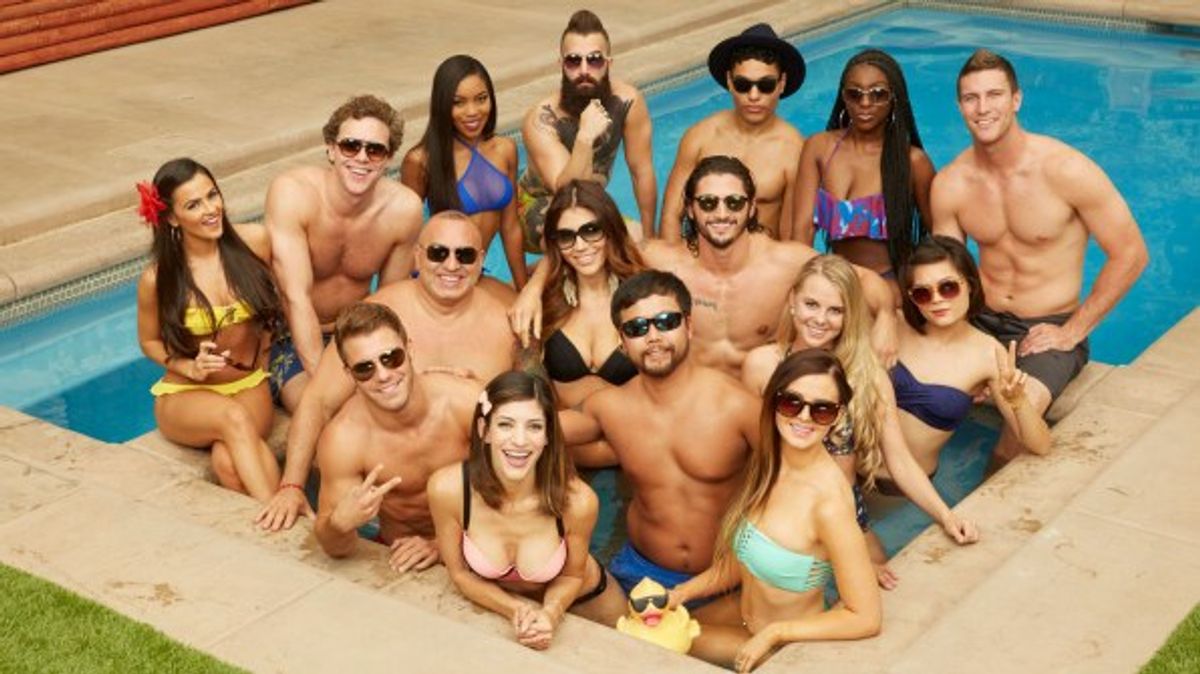 So I am a huge "Big Brother" fan. I make sure to watch every episode during the summer. I don’t know what it is, but it always manages to suck me in and keep me watching. "Big Brother" always seems to cast the most, let’s just say, interesting people. There have only been a few episodes so far, but I have pretty strong feelings about these houseguests, so I decided to express them. Warning, this may contain spoilers.

Paul is one of the most obnoxious players to enter the "Big Brother" house. He is playing way too hard way too soon, and is being over-manipulative. He has extreme control issues, and really needs to calm down if he has any chance of winning this game. People will start to get extremely sick of him soon.

Victor is very into himself. He thinks he’s very suave and will go far in this game. But he is acting like an idiot. He went to Nicole, the HOH, and threw his buddy Jozea under the bus. He’s Paul’s right-hand man, and I don’t think that’s the best place for him. Victor has so much potential to be a very powerful player in the game, but not with Paul dragging him down.

Corey. I love him. He’s such a great guy, and he has a lot of potential to get far in this game. If he remains by Nicole’s side, I think that he will succeed. He can be a powerful player, and I think that he has it in him. And, he’s also nice to look at.

Paulie also has my life. I loved Cody on his season, and Paulie seems to be just as great. Paulie should’ve fought to get himself safe, but the vets have his back, so hopefully, it works out for him. I can see Paulie being a great physical competitor and getting far in this game.

Bronte seems like a really sweet girl. She could really use that to get herself far in the game. However, I don’t think that is what she’s going to do. Based off of what I’ve actually seen of her, she seems to be strongly against the vets. If she was able to play both sides, she could get far. But right now, she’s just floating along.

Bridgette seems like a floater. She doesn’t get a lot of screen time and it’s because she isn’t doing anything. I hope to see more from her as the season goes on.

Frank is a great competitor. I was a fan of his during his season, and I’m excited to see him on this season as well. He’s a challenge beast who seems to be playing a good social game so far. And the best part is that he isn’t the immediate player on the newbie radar. He needs to keep up the good work to get far.

Zakiyah has not gotten a lot of screen time also, so I don’t really know where her head is at. I hope this doesn’t lead her to being a floater, because I think that she could be a good player. She seems to keep her cool in high-stress situations, and that could be useful when approaching other people in the house.

Jozea is exteremly cocky. At first, I liked him. He seemed like a nice, funny guy. But I think he already let the competition get to his head, and he thought he was running the whole show or something. If you are ever on this show, do not refer to yourself as the Messiah and never tell your enemy your pecking order. He’s being discussed as the first target to go home, and is on the chopping block. I would honestly not be surprised if we said bye to him this week.

Nicole is one of my favorite players. So sad that her and Hayden are no longer together, but she alone is a dominating player, and she has proved that thus far. I know that she can make it far if she sticks with James, Da’Vonne, Frank, Corey, and Tiffany.

Glenn had the potential to be a master manipulator. A former undercover cop that is a dog groomer? No one would ever suspect him of that. But he lost the final part of the On the Road challenge, and as a result, was evicted. I miss you Glenn!

James is also one of my favorite players of all time. He’s so funny and a great jokester. He has a great personality and really deserves to go far in the game. He’s teamed up with good people, who, aren’t even thinking about the fact that he won money for being America’s Favorite last season. I hope he stays around for a while solely based on his antics.

Michelle seems nice and seems like she could be a good competitor, if she did something. Right now she seems to be floating around. However, I think that she will do some damage as the season goes on.

Natalie is a floater. I think she’s probably gotten the least amount of screen time because she hasn’t done anything. You don’t see her talking to anyone about strategy, or at all really. I would love to see more from her, but, we’ll see.

Da’Vonne is already using better strategy in this season than she did last year. She’s winning people over and doing her best to keep her and the other vets in the house safe. I think that she will make it far.

Tiffany is super nice and super great. She is separating herself from her sister, and that’s an extremely smart idea. I think that she will make it far, even if she ends up not doing well in competitions. She already has a good social game, but she needs to stop telling individual people that she’s Vanessa’s sister.

I think that this is going to be an interesting summer. I can’t wait to see how different contestants react to different twists, and I can’t wait for a winner to be crowned at the end of the summer. These are my opinions, but of course, I expect the unexpected.