In Defense of El Libertador

In Defense of El Libertador 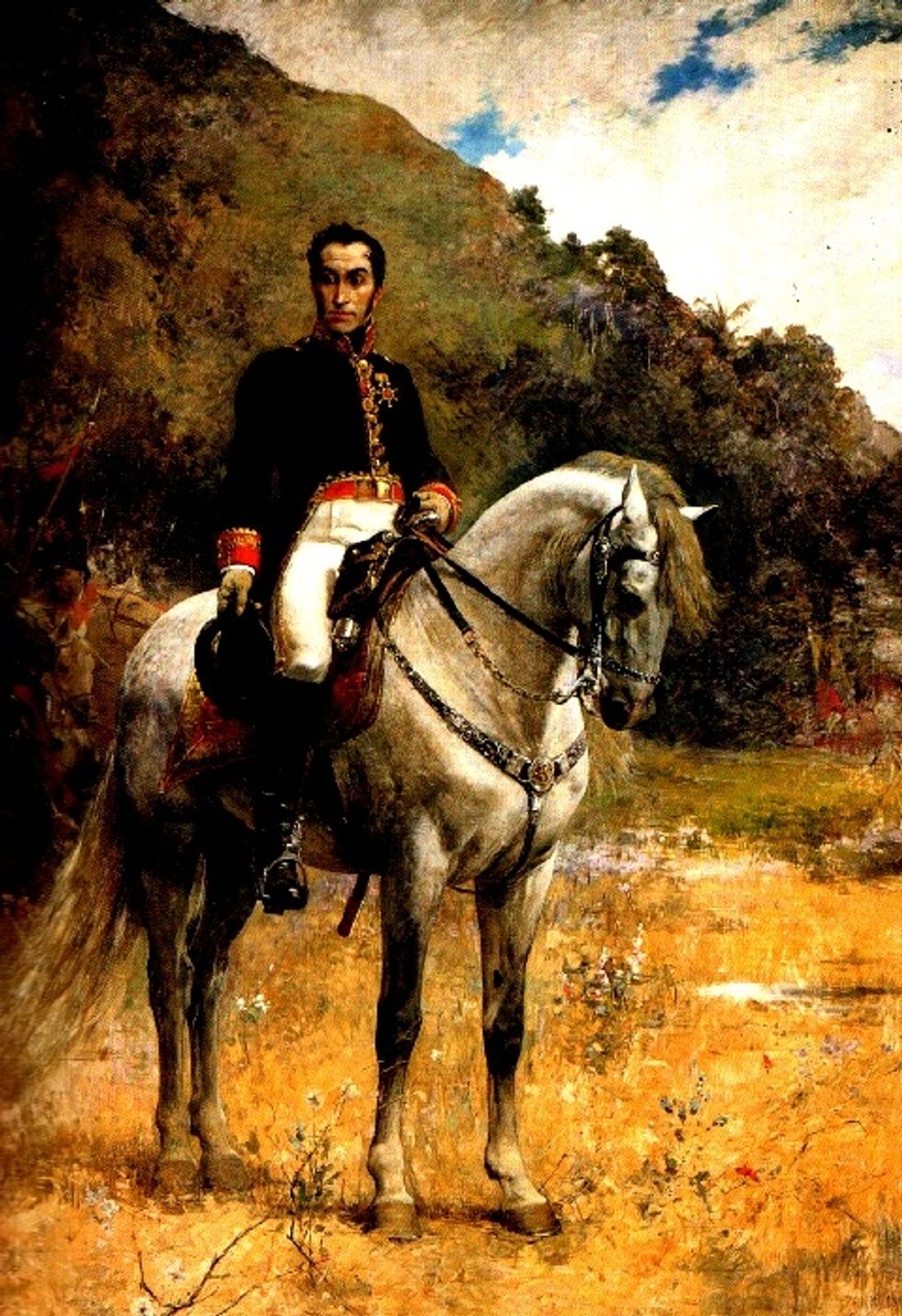 Oh my dear reader, my heart was shocked when I was researching Venezuela and discovered Bolivar's name used to support a dictatorship.

As one who has read the works of Bolivar in the original- quite the contrary! Let's acknowledge not all socialist countries are dictatorships, Sweden, Norway and Denmark have socialist systems but are nowhere near the despotism of Chavez in Venezuela or Castro in Cuba. But socialism is a topic for another day. I hope not to express my own opinion but that of El Libertador himself in this brief defense.

Bolívar persistently stated that his love and motivation was that of true liberty. He wrote "my greatest passion, my grandest aspiration is to have my name be the lover of liberty" He also was educated in the works of Rousseau, Locke and Voltaire. While he had a rounded education- he frequently cited Locke and Voltaire as being his political inspirations, and brought along Adam Smith's "Wealth of Nations" to attempt to teach himself economics. It is also interesting that Marx, the father of communism openly denounced Bolivar and his political views. Bolivar saw himself as an heir to the American Revolution and enjoyed comparisons to George Washington who was his greatest hero. While Bolivar and Washington certainly had differences, it does speak volumes that he would pick Washington.

He also spoke frequently in the defense of the ideas of natural rights which is inherent in classical liberalism; "Generous souls always interest themselves in the fate of a people who strive to recover the rights to which the Creator and Nature have entitled them, and one must indeed be wedded to error and passion not to harbor this noble sentiment. You have given thought to my country and are concerned in its behalf, and for your kindness I am warmly grateful" He believed that rights come from a higher power than law, and law must reflect those rights.

Another classically liberal theme within his statements was the idea of the rule of law and not the rule of men,

Bolivar longed to emulate the example of the United States but believed it was impossible to impose a federalist system on Colombia when a centralist system worked better. In the case of the United States, we started as several "countries" so to speak so it was easier to transition into a federalist state. Countries like France, Colombia, and Spain on the other hand work better with the Centralist model.

In conclusion, Bolivar was influenced by Enlightenment ideals and not the image portrayed by a dictator.