What We Put Into Our Bodies Says Everything About Our Future Health, Start Paying Attention

A lack of healthy foods and an increasing concentration of salt has led to approximately one in five deaths globally. 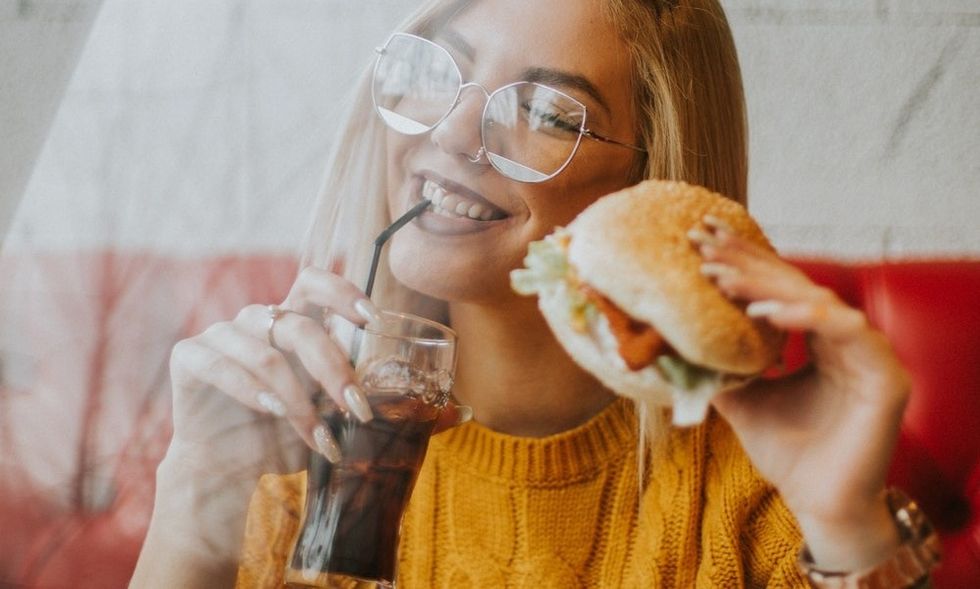 Nutrition is one of the most essential factors of longevity for humans, tied directly into our ability to combat stress responses (stimulated by sympathetic nervous system activity) as well as perform our day-to-day activities by providing us with necessary nourishment. Our bodies primarily utilize glucose as a source of fuel by converting it via glycolysis into pyruvate, which then gets shuffled through the krebs cycle and the electron transport chain (both dependent upon the presence of oxygen as an electron acceptor) before ultimately being converted into ATP, the primary source of biological energy.

In the absence of oxygen, we undergo anaerobic respiration in which our glucose stores undergo glycolysis and then fermentation in order to produce a limited amount of ATP, which also causes the production of lactate as a by-product, resulting in muscle soreness. Excessive consumption of glucose causes its conversion into fatty materials such as glycerol and ketone bodies, which can then be eventually broken down via β-oxidation in the mitochondria to produce ATP in the absence of insulin activity (noticeably prevalent amongst diabetics).

The manner by which our body receives this fuel is through our consumption of food, and what we choose to put into our bodies reveals a great deal of how our health conditions will develop over an extended period of time. A recent study analyzing global diet over a 27 year span concluded that a lack of healthy foods and an increasing concentration of salt has led to approximately one in five deaths globally — about 11 million people — in 2017, according to Lead Author Ashkan Afshin, an assistant professor at the Institute for Health Metrics and Evaluation at the University of Washington.

Afshin and his colleagues observed 15 dietary risk factors — such as high levels of red and unprocessed meat, as well as low levels of vegetables and fibrous fare — and their subsequent impacts on death and disability. They concluded that for most countries, the three main causes of global diet-related death in 2017 were eating too much salt, not enough whole grains, and not enough fruit, regardless of socioeconomic levels.

Conditions developing from diet-related deaths in 2017 varied extensively by country, with 10 million coming from cardiovascular disease, cancer-causing 913,000 deaths and type II diabetes (a condition in which high levels of glucose are prevalent due to a lack of insulin receptor activity) accounted for 339,000 deaths. Uzbekistan had the highest number of diet-related deaths, followed by Afghanistan and the Marshall Islands.

For nations such as the United States and Germany, a lack of whole grains was the highest risk factor in the development of diet-related conditions, while others such as China and Thailand suffered from excessive sodium levels in the diet attributed to rice vinegars, sauces, and pastes used to make traditional Asian food. Some nations such as Mexico simply suffered a lack of access to clean water and fresh fruits and vegetables.

Policymakers have responded to the plight detailed in the study with calls for the recognition of unhealthy diet as a high risk factor in the Global Burden of Disease, with Francesco Branca, director of the Department of Nutrition for Health and Development at the World Health Organization (WHO) declaring 2016 to 2025 the UN Decade of Action of Nutrition. Such a wide-ranging initiative will collectively pull together a coordinated effort amongst governments to focus resources to combat the dangers inherent in poor dietary lifestyle. Only time will tell whether or not these actions will bring about positive change in global nutrition.

food
Report this Content
This article has not been reviewed by Odyssey HQ and solely reflects the ideas and opinions of the creator.