I'm A College Girl Who's Over Wearing "Hot" Halloween Costumes
Odyssey
CurrentlySwoonLifestyleHealth & WellnessStudent LifeContent InspirationEntertainmentPolitics and ActivismSportsAdulting
About usAdvertiseTermsPrivacyDMCAContact us
® 2023 ODYSSEY
Welcome back
Sign in to comment to your favorite stories, participate in your community and interact with your friends
or
LOG IN WITH FACEBOOK
No account? Create one
Start writing a post
Lifestyle

I'm A College Girl Who's Over Wearing "Hot" Halloween Costumes

Dressing cute for Halloween is SO last season. 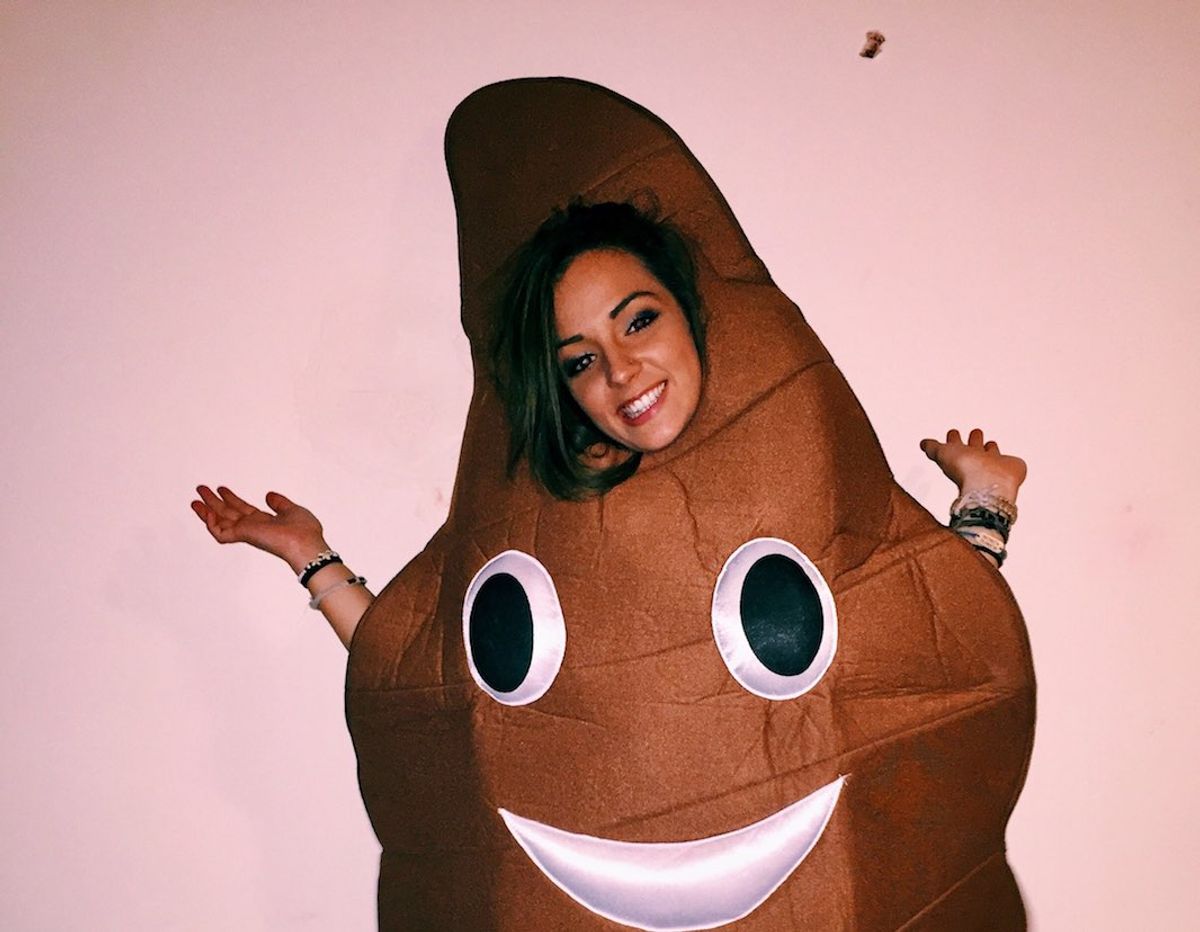 There tends to be a stigma around Halloween “costumes" for female college students, or, if we're being honest, lack thereof as most have about as much coverage as undergarments.

When we were kids, Halloween was great. It was easy. You just dressed up like someone you were pretending to be that year whether it was for comedic effect, someone you looked up to, a celebrity, a Disney character, etc.

One of my personal favorite costumes was the year I dressed up like Perry the Platypus from the Disney cartoon "Phineas & Ferb." I would love to give my middle school-self a nice pat on the back for that one. What can I say, I was (am) a weirdo.

Suddenly girls are wearing full leather bodysuits with a set of animal ears and calling themselves mice or bunnies. Even worse, they're dressing as something not even remotely considered “sexy" such as a Chipotle burrito, but the costume is literally a tube top fitting cocktail dress made of tinfoil and a printed-out chipotle symbol taped to it.

Why do we feel this pressure to look "hot" on Halloween?

By late October, everyone's freezing their butts of anyways. I doubt that tinfoil dress is going to provide a lot of insulation for you. Believe me, I've been there, and there's nothing fun nor cute about standing in 40-degree weather in a mini skirt and heels.

Now, I have to be clear—this is not arguing that girls shouldn't wear such outfits.

If you want to wear a tinfoil mini dress and be a Chipotle burrito, or you want to be a bunny enveloped in leather, by all means, I applaud you.

Rather, it's wrong to only do it for social conformity. If a girl wants to dress like a goof and wear a funny costume, it shouldn't be considered “weird." This is coming from a girl who wore a full-body lobster costume two years in a row to several college social gatherings, all of which I am aware I became locally famous on Snapchat in the Columbia, S.C. area.

I made sure to wear a full face of makeup with my costume- red lips and all- to surprise everyone that I was, indeed, a girl. The shock on people's faces still makes me laugh. I even got called "pledge." I had more fun dressing as a lobster than I did any year I went by societal standards. Last year, I also took the liberty to buy a poop emoji costume, and the puzzled expressions on peoples' faces were simply priceless.

Halloween is a great holiday. It's a fun holiday. Whatever your idea of fun is, you do you.

At the end of the day, do what makes you happy. Don't feel like you have to dress a certain way because that's what everyone else does. All I'm saying is, this Halloween when you see a bald Britney Spears costume among the sea of the infamous “Baby One More Time," Britneys', don't be surprised.

What can I say, I'll take any excuse to wear a pair of sweats.

Nicole Marie Nigro
Individual Creator
265
c1.staticflickr.com
Where to start...... Let me start with the cliche that life throws us curveballs and what we do with it is what counts.