Ikea, It's A Total No!
Odyssey

Sleeping on the floor for two months teaches you a lot of things about yourself. 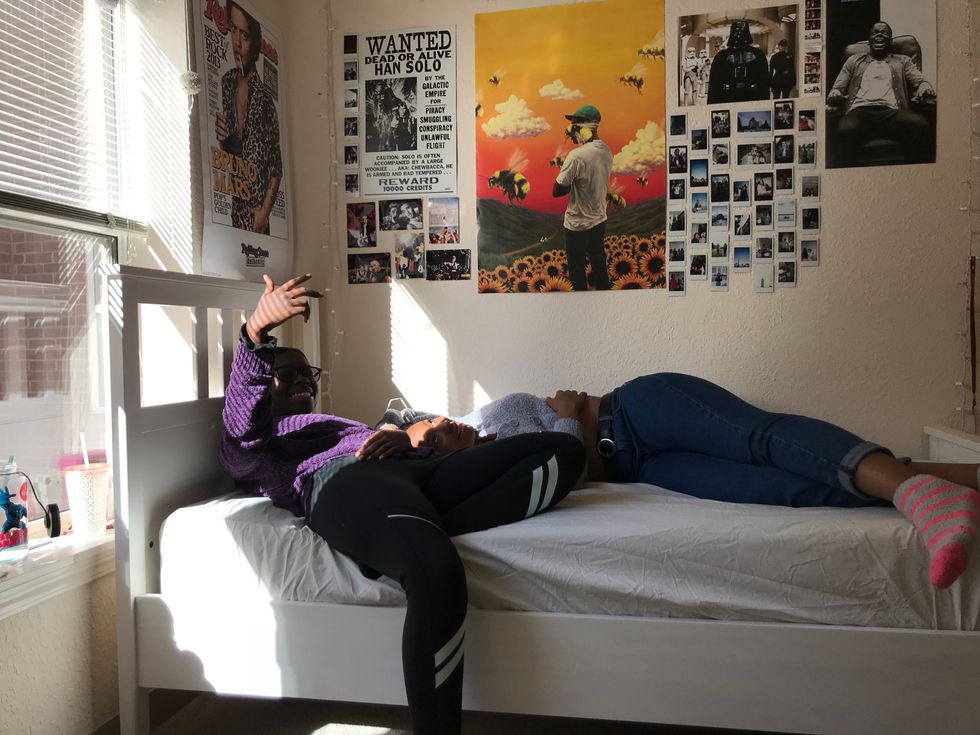 It's August 19th, 2018. It's sunny, hot, and it's all clear skies above your head. You're moving into your first apartment in just one week from today and are finally getting around to buying a new bed frame for your bedroom. A little late, but better now right?

Now, I've ordered a lot of things on the internet. And I mean a lot. Textbooks, pens, posters, and random things that only Amazon could compel you to buy. But, I've never bought anything as big as a Bed. I was kind of excited, I mean who wouldn't be excited about getting a new bed?

Now before I start, I was going to buy this bed in-store. I had been in the IKEA store at the Mall of America the week before and when I had gone to buy the bed they were all out of stock. I had some other options I liked as well but they were out of stock as well or no longer what I really wanted. So when I had first initially ordered my IKEA bed, the date it was scheduled to arrive was September 5th.

I wasn't really surprised by the late date as this was a very hectic time for IKEA. It's back to school season and of course, new furniture is needed for college kids moving into their new apartments and such. So I waited, and when September 5th rolled around I didn't really think much of it. Not knowing at the time that I was supposed to be present at the time of delivery, I just assumed that they were going to deliver it late. So then a week went by and I got suspicious.

I went onto the IKEA website to track my order and it's current status, and when I checked it said that there had been a failed delivery attempt on September 5th. The day it was supposed to come. I knew for a fact that they had not tried to deliver my bed because I had been there the whole day and should have received a call if they were on their way. So I called the IKEA customer service number. When they answered, something I would take for granted in a few weeks, the guy on the line was really nice and told me they weren't really sure what had happened but he would make sure to re-send the delivery order to me. He also suggested that I call the delivery company to ask why it hadn't been delivered because the delivery company isn't 'associated' with IKEA.

When I had called them, the woman who had answered told me that only one package out of the three I needed had been in the warehouse when they were about to load my bed for delivery. I thought that was weird and didn't think much about it since I assumed they were going to deliver all three parts on my next delivery date. Haha, nope. Haha, the universe did not agree with me that week.

When they delivered my 'bed', they had only delivered 1 out of the 3 parts. The frame. I was still missing the supports that were supposed to be on the bottom as well as my bed slates. Saying I was irritated was an understatement because I just wanted to be able to sleep on my bed. But where the frustration and wanting to drop off a cliff started is when I tried to contact IKEA. I called IKEA over 30 times in the span of two weeks and their line was bust every single time.

To cut it short, I got in contact with IKEA by sending them a fairly agree tweet, they finally said they would send me the rest of my parts but they only ended up sending out the second part and not the third part, I had an embarrassing meltdown, and finally got into contact with an IKEA customer service representative by some miracle (shout out to the lady on the line, she really kept me from having a breakdown).

Then October 13th, 2018. My bed FINALLY arrives. Being skeptical, I slowly put together my bed with the help of some of my amazing roommates holding my breath the whole time. What if there was a part missing? What if it just crumbled unexpectedly in a freak accident? But no, my bed was finally complete and I could sleep in actual comfort!

In conclusion, I don't think I'll be ordering anything from IKEA anytime soon. If ever. But I'm not trying to discourage anyone from buying a bed frame online from IKEA. Just giving you a friendly warning.