If You Give A Puppy A Home ... In College

If You Give A Puppy A Home ... In College 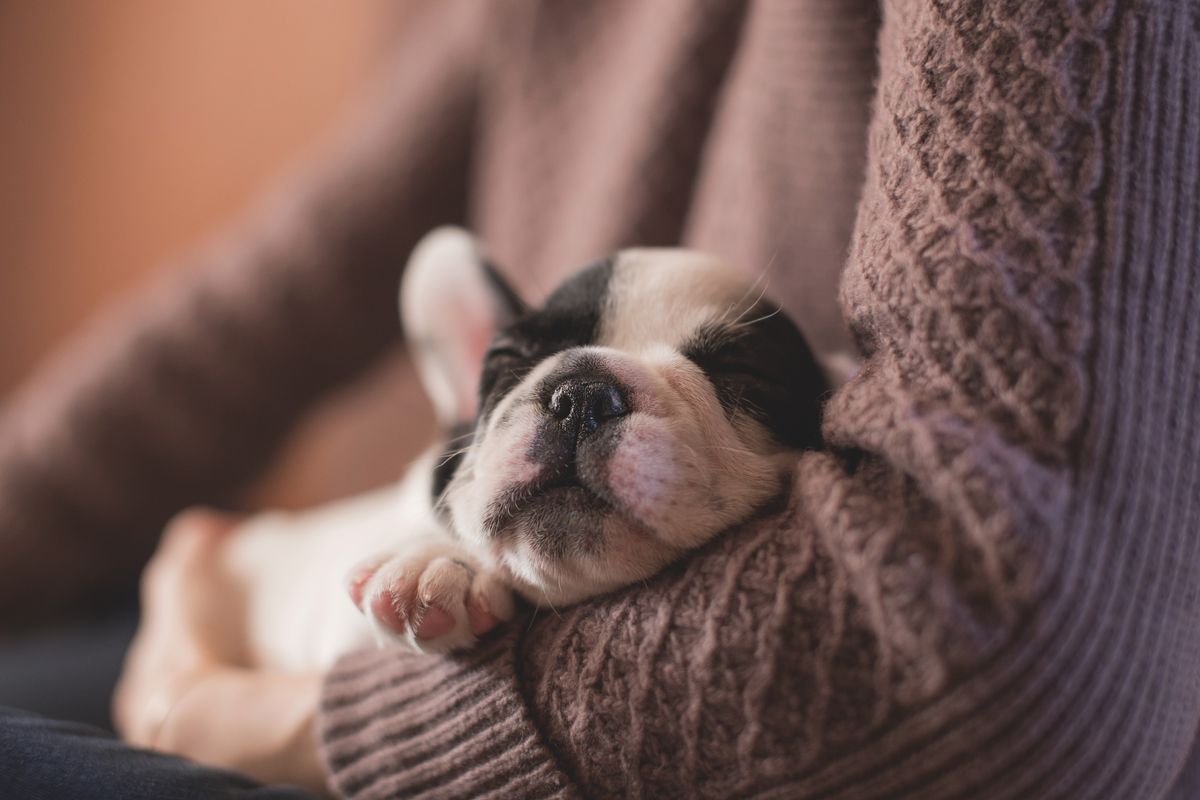 If you give a puppy a home in college, he might just consume your snapchat story.

When he consumes your snapchat story, you'll take him to campus to show him off.

When you take him to campus to show him off, he'll chase every single squirrel he sees.

And when he chases every squirrel he sees, you'll scoop him up and decide it's enough socialization for the day.

When you scoop him up and take him home, you'll sit down to study.

When you sit down to study, he'll paw at you and cry for attention.

When he paws at you and cries for attention, you'll die inside and put him in your lap.

When you put him in your lap, he'll start to nibble your fingers, your papers, and your textbook.

And when he starts to nibble, you'll give him a treat to occupy him.

When you give him a treat, he'll beg for some more.

When he begs for some more, you can't help yourself and you give him more.

When you give him more, his little puppy belly will start to grow.

When his cute little puppy belly starts to grow, he'll start to eat everything he can.

When he starts to eat everything, and I mean EVERYTHING, you'll buy him Aggie dog toys to chew on.

And when you buy him Aggie dog toys to chew on, you'll buy him an Aggie football jersey, too.

When you buy him an Aggie football jersey, he'll hate you for it, and retaliate by chewing up your glasses while you're at the library.

When he chews up your glasses while you're at the library, you'll start to cry on the floor.

When you start to cry on the floor, he'll nudge his head under your hand and look at you with those big puppy dog eyes.

When he looks at you with those big puppy dog eyes, you'll stop crying and smile, and you'll remember why you missed your dog in college so much.

And then you'll snuggle your puppy and let him nibble on your fingers without getting annoyed.

If you give a puppy a home in college, you'll rescue him, and he'll rescue you.