I Wish I Had More Tears

I Wish I Had More Tears

Expecting a waterfall, but it only needed a couple of tissues. 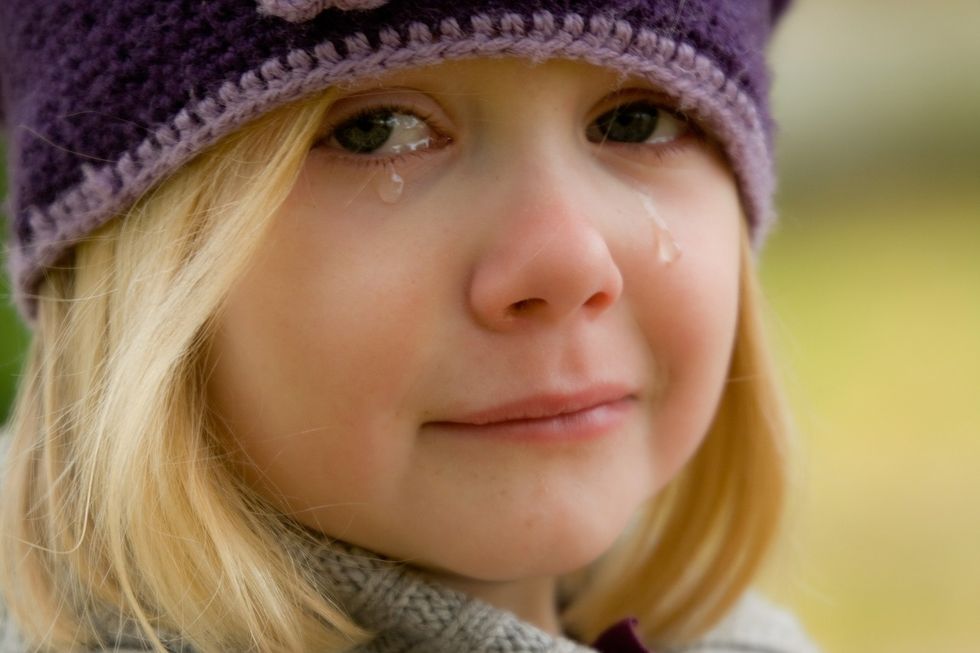 In the innocent years of childhood, a house once held seven family members. Three little boys, mom and dad, and you got grandpa and grandma. While grandma always got to town with chores and prepared meals, grandpa was always relaxing, living a chill life. Wake up, you sip on some coffee, watch some TV, read some news, and then you just wait until you're tired. No stress, no work, pure relaxation. He's the type to laugh very easily but making him laugh still felt so fulfilling. No matter what thoughts rolled around in his head, no matter the situation, he was never too tired to give you a smile that would embrace your heart like no other. Sometimes, when he felt adventurous, he would cook you instant ramen noodles for breakfast which was shunned upon by the rest of the family.

All of a sudden, seven turns into five. "We're moving out.", says grandma. While it may have been old news for the parents, it was breaking news for the children. A few stray pieces of the puzzle seemed to have flown away. The cluttered room with a bed, a floormat, a TV, and a nightstand transformed into a room with a singular chair holding a candle. While the new residence for the grandparents wasn't very far, it was unusual for them to be separate from the rest.

As time passed the children would make visits here and there, but free time wasn't as abundant as it once was. They started high school, developed their own interests, and eventually had to go to college. Seeing their grandparents would be once in a blue moon, a couple times a month if there was some extra time. However, their grandpa's health seemed to start withering away. What seemed to be such a peaceful and comfortable way of life happened to the ultimate cause of this. Sitting or lying down all day and his lack of appetite caused the loss of many muscles in his body and a lot of weight was lost as well. Eventually, he got sick enough to the point where he would need medical attention. Having to move out of his own home, he was transported to a nursing home.

For the first (and the last) time, the children saw grandpa was at the very own nursing home that housed him for the last couple of years of his life. The nursing home was not a very good one. The outside resembled the looks of a gulag in a baron winter wasteland, the inside screamed an abandoned psychiatric ward, and the smell was horrid. "What kind of place are we taking him into?", father asks. As the family gathered around grandpa upon finding his room, they were met with that smile. The same smile that he never ceased to bring, no matter the situation. So happy to see his family, people who finally knew how to speak Korean. While the children knew about his dementia, they were shocked to see it in person. "Dad, do you know what my name is?", asks mother. "I don't know.", replies grandpa. "Do you know where we are right now?", asks mother again. He replies with, "Of course. We're in Korea right now.".

Throughout the years forward, constant calls were made from the nursing home to give mother updates on grandpa's health. Communication wasn't easy as no worker's first language was English in that nursing home. The news was always back and forth, and never stable. "He's doing well now.", "He's not doing so well these days.", "He's gotten a lot better these days.". Inconsistency turned into fear and anxiety. Mother knew her father didn't have much time left, but she was hopeful that he was doing his best and that the doctors were taking good care of him. Being shackled into a bed in the vicinity of other sick individuals caused even more fear during COVID. While the family wasn't expecting much time left, they didn't want his life to be shorter than it was. Getting calls from the nursing home wasn't something scary, as they've always been expecting them. Getting the call of grandpa's death was a matter of when, and not if. While the when seemed near, it wasn't expected to be so near. Like any other call from the nursing home, mother picks up a call in early November with the frantic aggressive tone of the nurse. "The doctor has tried calling you seven times and you haven't picked up!" "Okay, I understand. I'll call the nurse", says mother. Mother dials the number of the doctor, everyone knew the moment they heard his voice. "Your father has expired. He went away peacefully.", said the doctor. While unexpected, it was very expected. Immediately, mother calls grandma to let her know of the news. After letting it sink for several minutes, mother cries by her lonesome. After getting in touch with a funeral home, arrangements were to be made as soon as possible.

The day of grandpa's viewing was the first time the family had seen him in years. Just seeing him lie there in what seems to be peace, with his eyes closed and his arms crossed so properly. Knowing that his eyes were never going to open anymore was unsettling. Grandma was in tears while talking to grandpa as if he were still alive. Several minutes later, mother says "I think it's time to say bye to grandpa now and then we can leave.". As the sons walked up to his body, one had to leave immediately as his vision became blurred with a waterfall of tears. Tissues were taken out, crumpled up, and the sounds of sniffles were heard in the background. After what expected to be unending sobbing, the tears were no more. It confused him and angered him. "Why am I not crying more? Why am I not sadder? Why am I not completely destroyed?". The man he grew up with, the man who laughed at all of his jokes and antics, the man who seemed to be living so peacefully, went away peacefully as well. A concoction of grief, confusion, anger, and bittersweetness filled his mind. "I wish I cried more. I wish I had more tears.", he says to himself.