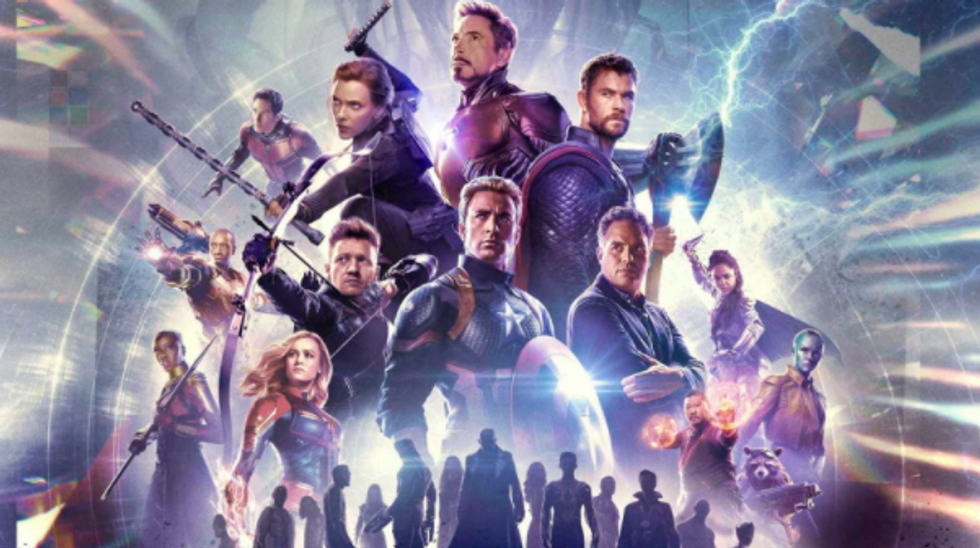 Prior to the pandemic, I'd never really watched superhero movies. When I was forced to spend lots of time at home, however, I figured I'd give them a chance. I watched all 22 Marvel Cinematic Universe movies (in chronological order) over the course of several months and have become a huge fan! Here's my ranking of all the films from worst to best:

I love Benedict Cumberbatch as much as the next person, but this film fell completely flat. Between the complicated mythology, an underwhelming villain, and a lack of memorable characters, I highly doubt that I'll be rewatching this one.

Similar to Dr. Strange, Ant-Man lacks a memorable villain and interesting characters. It only ranks slightly higher than Dr. Strange because of Paul Rudd's humor and charm.

Captain Marvel is noteworthy for being the first MCU film named for its female lead. The movie is clearly feminist, but reduces what could have been a powerful backstory to flashbacks in which a young Carol Danvers experiences cliche instances of sexism.

Ant-Man's sequel ranks slightly higher than the first film in this franchise-within-a-franchise because its family-oriented plot is a nice change of pace from the recurring motif of fraught parent-child relationships that appears in so many MCU films (see: the Iron Man and Thor trilogies as well as The Guardians of the Galaxy Vol. 1 & 2).

18. Guardians of the Galaxy Volume 2

The second Guardians film has the fun group dynamic of the first film, but the villain reveal was unsurprising and anti-climatic.

17. Guardians of the Galaxy

The film brings its different characters together as a team with heart and humor, but I just find Starlord really, really annoying as a character. Plus, I can't dissociate Chris Pratt from Andy Dwyer, his character on Parks and Rec.

An overall underwhelming introduction to one of the MCU's most beloved characters. The First Avenger does a good job of depicting Steve Rogers' life-pre Captain America as well as his somewhat awkward adjustment to life in the 21st century, but its "big battle" scene is fairly anticlimactic.

The Winter Soldier is one of the most beloved MCU films, so this is probably a very unpopular opinion, but I just don't like it as much as movies #1-14. Chris Evans and Sebastian Stan have great chemistry as Cap and Bucky, but the film's drawn out just a bit too long.

Black Panther is a great film, and certainly unlike any other film in the MCU. It has a likeable hero, a sympathetic villain, and memorable supporting characters. It's not only the first MCU film with a black lead and a majority-black cast, but it also calls attention to issues of race, identity, family, and tradition that resonate with audiences. Plus, it has one of the best soundtracks in the entire franchise.

Iron Man is one of my favorite MCU characters, so even though this film is less enjoyable and memorable than the others in the trilogy, I definitely like it more than some of the others on this list. Even though the villain's motive becomes a bit of a trope in the MCU, the introduction of Black Widow more than makes up for it.

Even though Jane Foster is even more annoying in the second installment of the Thor trilogy than the first and the film takes its title a bit too literally, Loki's antics and the comedic characters of Darcy and Dr. Selvig make this sequel worth the watch.

I love the MCU films that bring characters from different storylines together and Endgame is no exception. However, aside from being nearly three hours long, I'm left frustrated by the fates of some of the franchise's most beloved characters.

Iron Man 3 doesn't shy away from showing Tony Stark's post-Avengers PTSD. Such depictions of mental struggle are a rarity in movies, let alone superhero films in which the heroes are supposed to be strong and unbothered in the face of horror and tragedy. The film also does a great job handling what could have been a controversial villain.

Age of Ultron serves as the introduction for iconic characters Scarlet Witch and Vision and its villain, the titular Ultron, breaks the MCU mold as an AI being created by Tony Stark with the purpose of bringing about world peace. The film also boasts rare scenes in which the Avengers aren't fighting, but instead just hanging out with one another. I can't decide whether my favorite moment is Tony and Thor bragging about Pepper and Jane or the gang's attempts to wield Thor's hammer.

At the start of the film, Thor is entitled, arrogant, and cocky, which annoys me to no end. However, his trip to Earth proves humbling, and he quickly becomes one of my favorite characters. Loki's emergence as the film's main villain not only sets up the major conflict of The Avengers, but also affirms my belief that Odin is the worst father in the entire MCU.

I love Infinity War for the same reason I love Endgame: different characters from different storylines coming together. Even though it is also on the lengthy side, it ranks higher than Endgame mainly for not definitively killing any major characters off.

Far From Home sees Spiderman attempting to navigate life as a superhero in the wake of Endgame. His budding relationship with MJ is absolutely adorable and provides a nice contrast to his newfound, ill-fated friendship with Mysterio.

The first MCU film sets the tone for the rest of the franchise: an unlikely hero, interesting side characters, and an altogether satisfying origin story for one of the most beloved heroes of all time.

Civil War ranks in my top five for two reasons: the introduction of heroes such as Ant-Man, Black Panther, and Spiderman to the Avengers storyline and the fact that the film doesn't really have a villain. Instead, it sees the Avengers taking sides when Captain America and Iron Man disagree on whether to sign the Sokovia Accords.

MCU Spiderman is such a lovable character, and his first solo film showcases his simultaneous courage and hesitance as he tries to navigate a balance between being a "friendly neighborhood Spiderman" and an unofficial Avenger--on top of dealing with typical adolescent problems. The plot twist in the film's final act shows that even though Peter Parker may be more innocent than some of the other MCU heroes, his story is no less complex and surprising.

There is no MCU without the Avengers, and this film brings six of "Earth's mightiest heroes" together for the first time in the franchise. Their interactions are hilarious, especially Iron Man and Captain America's tendency to clash with one another. The return of Loki, who is IMO the MCU's best villain, makes the film just about perfect.

Ragnarok takes everything great about the previous Thor films, such as witty banter and complicated family relationships, and does away with the first two installments' unnecessary serious tone and dependence on Earth. Although Hela isn't a well-developed or memorable villain, her origin story further reinforces my opinion that Odin is the worst father in the MCU. The secondary villain, the Grandmaster, is weird enough to be interesting and funny enough to be non-threatening, a welcome departure from the MCU's typical villain mold. The appearances of Doctor Strange and especially the Hulk nicely tie the film to the franchise's larger storyline, and the introduction of characters like Valkyrie and Korg are hilarious and memorable. The best part of the film, however, is that it brings Thor and Loki's relationship full-circle as they work together to try and save Asgard--with the incredibly iconic "get help." The movie is fun, enjoyable, and guaranteed to make you smile.
Report this Content
This article has not been reviewed by Odyssey HQ and solely reflects the ideas and opinions of the creator.