How To Save A Wild Life

How To Save A Wild Life

Wild animals are not pets and need special attention to thrive and survive. 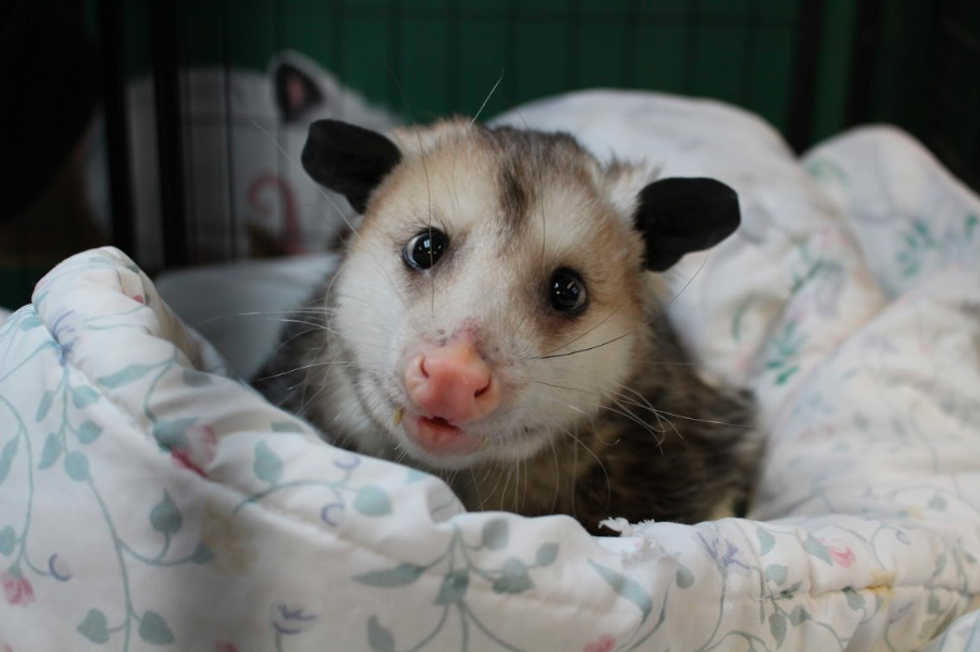 Wild animals are not like cats and dogs. If you find a stray cat, you can bet you will be safe giving it some food, water, and a place to stay for the night. It's not that simple with the wild. Even feeding a wild animal something they can't digest can lead to death within hours.

WildCare Inc., Bloomington, Indiana, does everything they can to help the animals brought in. These animals are either sick, injured, or orphaned so without a rehabilitation center, all hope would be lost.

The main reasons animals who come to WildCare don't make it, are because of something the human did between finding the animal and getting them to the rehabilitation center.

WildCare director, Stephanie Lindsell (above) said, "It's really great that they want to help but doing one thing that's incorrect could do more damage than good."

Lindsell said the best thing people can do when they find any wildlife species in need, such as raccoons, deer, turtles, opossums, snakes, birds, etc., is to call a wildlife rehabilitation center near the area.

"We have books and books on how to care for every species," Lindsell said, "It isn't something that can be told, it's something that must be studied."

Moving an animal from where you found it could endanger the animal too. It depends on many factors of the situation, to know how to best help the creature. That's why its best to let experts handle it.

"People will drive all the way here with baby bunnies they find in their backyard." Lindsell said, "And they wish they would have called when I tell them that it's normal for mothers to leave their babies alone in the nest. So, I have to tell them to put them back where they found them."

She also says it's a myth that a mother rabbit or bird will leave their babies if a human touches them.

"If you happen to touch one, put them back and they will be fine." Lindsell said, "Unless there is blood, then the mother could abandon the whole nest."

Every species needs something different to thrive and survive. There is so much to know about these animals before trying to interfere in their lives.

Bryan Ledbetter (above) is the other half of staff at WildCare Inc. He specializes in bats. For every species WildCare shelters, they have a specialist for. Each species is so unique it takes an expert to handle them.

Lindsell and Ledbetter fight for every patient at WildCare Inc. This center is a non-profit organization, so they are the only 2 staff members. They receive no federal or state funding, and with the ongoing COVID-19 pandemic, surviving has become a bigger struggle for the center.

"We are not allowing finders into the building at this time, and we are not accepting animals without an appointment." Lindsell said, "Because we are operating on limited capacity, we are also taking in fewer animals than we would normally be able to handle. Caring for the animals we already have is our first priority."

WildCare is doing no-contact drop offs currently. They collect the information they need from people over the phone, schedule a time for them to bring the animal, and then they must drop off the animal at the door and ring the doorbell to let the staff know it's there.

All the help they normally get is from volunteers and all the money they get to run the rehab is from donations. They have had to cut volunteers and limit the number of hours worked to encourage social distancing.

Donating to WildCare and any wildlife rehabilitation centers ensure that the animals will get the best care possible. WildCare provides treatment for 1,500 to 2,000 animals per year and have taken in thousands of animals since starting in 2001.

Another way the public can help is by following WildCare Inc. on Facebook, or other trustworthy rehabilitation centers, and share information that helps the public better understand how to help these creatures and institutions that rehabilitate.

WildCare also saves animals through their education and community outreach programs. Patients of WildCare, who couldn't be released due to various reasons, now help Lindsell and Ledbetter. WildCare offers 75 educational outreach programs reaching up to 3,000 people each year.

WildCare's Education Ambassadors are non-releasable permanent resident animals who have the important job of teaching the public about the importance of conservation and respect for wildlife. Their programs strive to inform the public on how to protect the next generation of wildlife. At the moment, all programs and fundraisers have been paused due to the COVID-19 lockdown.

Felix (above) is an American Kestrel, which is a small type of falcon. He is an Education Ambassador and calls WildCare home. He couldn't be released back into the wild because he was stolen from his nest as a baby.

The young boy who took him thought he ate worms, but American Kestrels eat mice and other same mammals. By the time Felix came into the center, he was weak and malnourished.

Since humans were the first ones to take care of him, he thinks he is human. This is called Human Imprinting. He never learned how to survive in the wild, so now he has a part time job teaching.

His story shows why no one should remove a bird from its home and try to raise it. Without the proper care he wouldn't be happy or healthy, and now he can never return to the wild.

Tortuga (above) is an Eastern Box Turtle. She was hit by a car, but because she was brought in, she is alive. With the help from WildCare, she shares her story. A hit turtle isn't a lost cause. She may be small, but her shell and heart are strong.

Both of her pen mates are perfectly healthy. They were taken from their homeland and forced to be pets, but later arrived at the shelter with no hope of being released. They couldn't be released because WildCare was not able to find out where the turtles were from.

"It's a death sentence." Lindsell said.

A turtle cannot be released just anywhere. If it is not released within .25 miles of where it was born it will not know where to find the resources to survive.

Wild animals are beautiful and fascinating but should only be admired from a distance. Trying to domesticate a wild life isn't fair, is harmful to their health and dangerous for the owner. When it comes to wildlife, it's okay to admit you don't know how to take care of them, and call someone who does.

Look up wildlife rehabilitation centers nearest the area of finding a sick, injured, or orphaned animal. These creatures have a better chance of making it in the right hands.

For more information about WildCare Inc

Madison Franz
The Narrative
1116395
Photo by Brooke Cagle on Unsplash

Madison Franz
The Narrative
653789
Photo by Manny Moreno on Unsplash