How To Look Your Best This Summer

Be yourself while also being what other people want you to be. 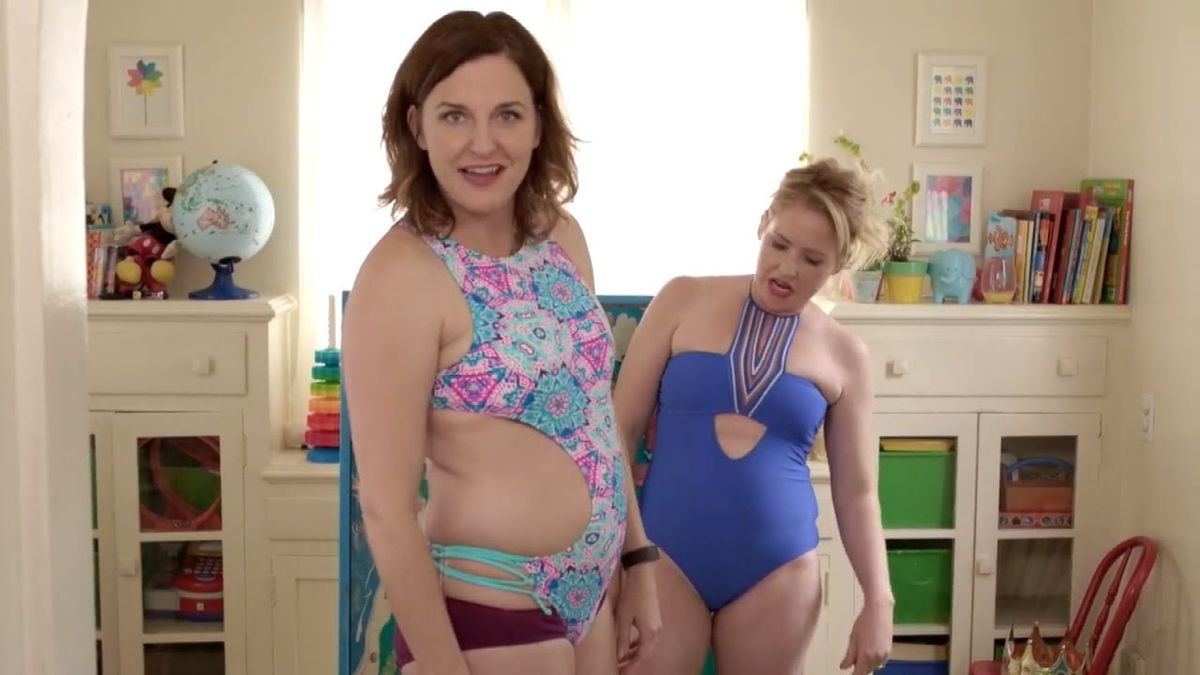 Summer is here! Well, I mean technically it isn't summer until the middle of June, but we all know that summer really starts when school is out and the air outside becomes as hot, muggy, and stifling as sticking your head inside an oven. So let's celebrate!

I thought I'd share with you all some valuable tips on how to show your best self off in these horrifyingly hot but somehow highly regarded summer months.

First, let's talk about showing off your perfect summer body!

Too many people say the idea of having a "bikini body" is an outdated trope that shuns inclusion and promotes unhealthy, restrictive lifestyles. That's so not true! It's easy to have a bikini body. You have one already and maybe just don't know it yet!

Just don't wear too small a swimsuit if you don't have a body suited to it. What does that mean? I don't know! Just, cover up if you're heavy. But being heavy is okay as long as it's the curvy kind of heavy, but be careful with that because what one person thinks is curvy, another person sees as obese.

But ignore what everyone thinks and just do what makes you comfortable. But also think about what other people are going to think when they see you and take their opinions into consideration. But don't worry because no one's worried about what you look like anyway. Everyone's too focused on their own body and how they look.

...Except for those bros over there who are laughing and pointing. And the skinny girl who is with them who is pointing and laughing because she doesn't know how to support other women.

Easy! Just, wear a swimsuit and hope to god no one is going to judge you, or just don't worry about what other people think, but also worry a lot because it's human nature.

And for you skinny minnies out there, lucky you! You can wear any bikini you want because your body suits it! Does it, though? Do you look too thin in it? Are you worried your small-ish butt doesn't fill out the bikini bottoms you bought? Well, don't worry because no one cares.

But don't worry about them because you know you can eat and they don't know what they're talking about. But definitely still worry because no one likes a self-assured person.

And for the 90% of women who have cellulite: You should feel bad about it. It's most definitely your own fault that 9 out of 10 women naturally have cellulite regardless of weight or size or shape. You must have done something wrong. You must not work out enough. You should be stronger than your genetics and get rid of that stuff without much effort.

And are you pale? That's not okay. You need to pre-tan before getting a real tan in the summer sun! No one likes a pasty complexion.

But don't fake and bake. Tanning beds cause cancer at a higher rate than actual sun tanning. But don't tan in the sun because even one sunburn can increase your risk of skin cancer by 300%.

And definitely don't get a spray tan. Those never look natural and will get all streaky once you actually set foot in the water.

So maybe don't set foot in the water, either. It'll wash off your spray tan or your sunscreen and no one wants that. Plus it'll mess up your hair and your makeup.

But men prefer women who don't wear makeup anyway, so you should be good. Watch out, though. When you don't wear makeup because men don't want you to, those same men will mention how you look sick today and ask if you're okay. So you can wear "natural" makeup to look like you're wearing no makeup while totally still wearing makeup.

But then we're back to square one. Even natural, subtle makeup will rinse away in the ocean or the pool. Then everyone will notice.

You can just wear sunglasses to hide your makeup-free eyes. Just quickly throw the sunglasses back on after you get out of the water so no one notices you have no makeup on or comments on how sick you look.

Always be a person who doesn't worry about what other people think while still knowing we all have to care what other people think. Be you, but also be what everyone else prefers you to be. Be proud of your body, except the parts that everyone makes fun of. But no one's making fun; it's all in your head. Except it's totally not because you definitely just heard people making comments.

And be sure to smile.

Nicole Marie Nigro
Individual Creator
8536
c1.staticflickr.com
Where to start...... Let me start with the cliche that life throws us curveballs and what we do with it is what counts.