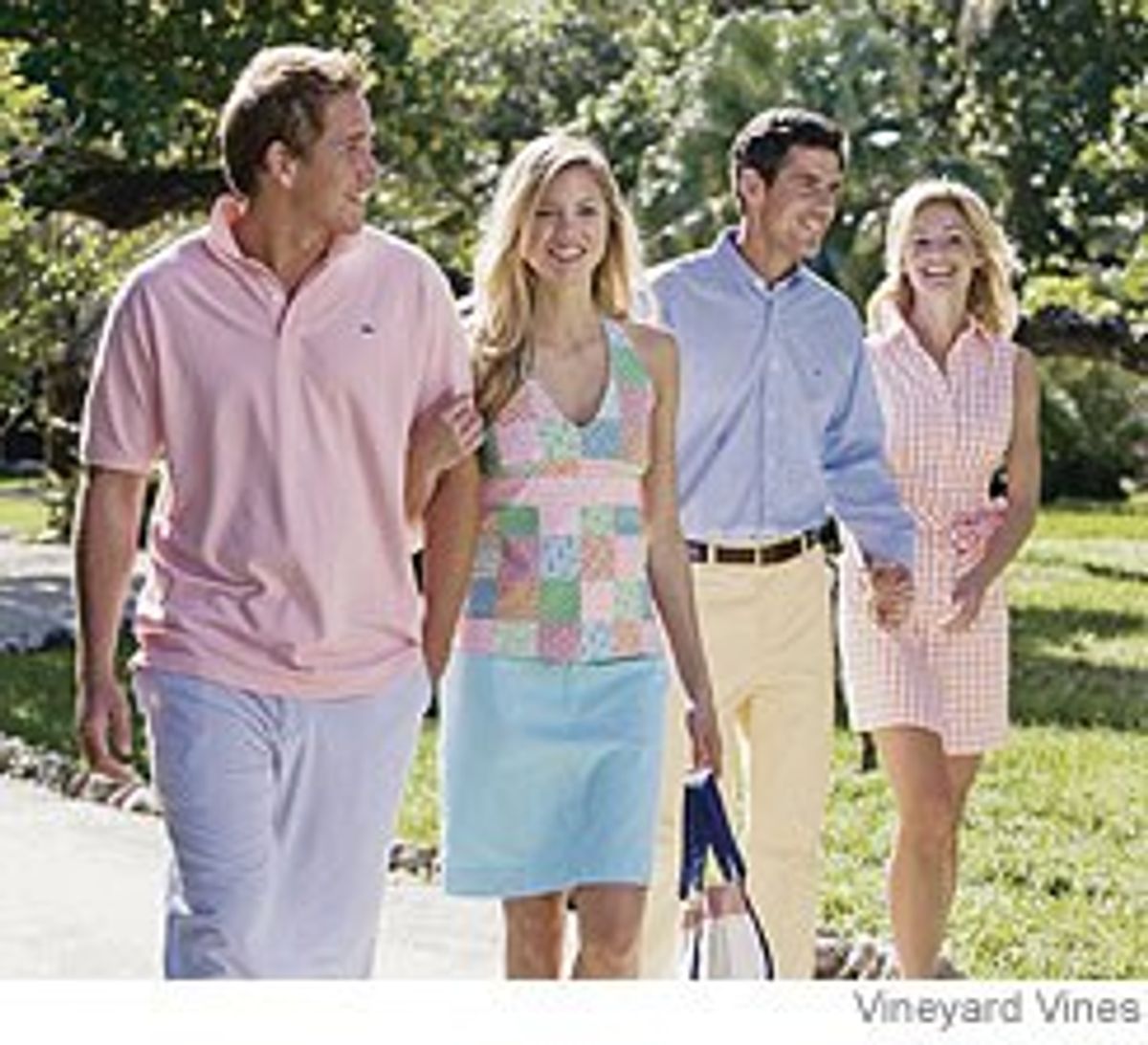 Growing up in the first world, it’s easy to lose track of the privilege I have been born into. Often, I struggle to imagine how anything could be worse than receiving the wrong Starbucks order or a B on my most recent exam. As I have grown up, however, I have been exposed to individuals who have not experienced the same lifestyle I grew up with. Although I try my best to continue to surround myself with my fellow WASPs, I occasionally find myself in the presence of someone outside of my socioeconomic race category; even worse, once I met a Catholic!

So, instead of solving this problem by changing the way I think or, God-forbid, exposing myself to variety in life, I developed the following list to help non-WASPs meet me where I’m at. Hopefully, this will create a WASPier world and maybe -- just maybe -- create a better world. (If you already consider yourself a WASP, skip to #10.)

1. Maintain an ongoing list of your “first world problems.”

Spilled wine on that new half-zip; forgot to pack Greek yogurt for work today; lost the back to your favorite earring; bought salmon drapes when your color-scape was coral--all of these are acceptable problems to successfully distract you from the real world.

2. Try to find a way to feel marginalized.

Racism is real and as a privileged white American, you have experienced it. Where is the “White Lives Matter” march? Why don’t white Americans get a history month? People like Kim Davis deserve just as much protest as Tamir Rice (even if her actions were illegal and Rice was just playing in the park).

3. And complain about those whiney “real” minorities.

Like, okay, we get that you don’t have the same rights as the rest of us and are still discriminated against in the 21st century, but the endless marches and movements and appeals to supreme courts are getting old. Most minorities already get a whole month and a museum exhibit or something -- do we really have to change an entire system just because it’s biased against you?

The easiest way to remain WASP-y is to surround yourself with lots of other WASPs. Then, not only do you never have to leave you plush comfort zone, but you can also assume that, given your surroundings, most people are just like you! (Just don’t think too hard about who the guy is that mows your lawn).

True, your ancestors could very well have participated in slavery and if they came on the Mayflower, they destroyed an entire nation of Native Americans -- but, they worked hard and now you get to be a happy, carefree WASP. Plus, you go to the casino sometimes, so you give back!

Find people who have more money than you and spend time with them. You may live in the 1%, but you are definitely not in the 1% of that group. As long as someone else has more than you, you can’t really be privileged.

Think JCrew, Brooks Brothers, Vinyard Vines, and Ralph Lauren. In order to be a WASP, you have to look the part. The purpose of clothing is not to clothe yourself or even follow fashion trends- it is to convince others that your clothing budget could pay their college tuition.

8. See the world, or at least visit Chinatown once.

You can still be super cultured from your home in Connecticut. You have been to several non-American restaurants and you downloaded Duolingo on your phone last week! Why would you need to expose yourself to other cultures, especially when some countries don’t have free wi-fi?

If there’s one thing WASPs hate, it’s the idea that the government may infringe on their rights. Since there’s no way to buy the government (oh -- wait), make sure that everyone around you knows that you will never ever give up your gun rights. Not because you actually own a gun or because you would actually lose your right to bear arms, but still, you have a right that another WASP gave you hundreds of years ago!

10. Take offense at everything -- including this article.

If you have made it to this point and you feel incredibly offended by what you have read, congratulations! You are now a WASP. Remember that you are now part of a special community dedicated to the betterment of each other. If you should ever find yourself considering a tour with Doctors Without Borders or entering an art gallery that is not Monet, please refer back to this article for a refresher course.