How To Be A Politically-Active Constituent
Odyssey

How To Be A Politically-Active Constituent

Exercise your rights as a citizen of the United States; otherwise, you are complicit. 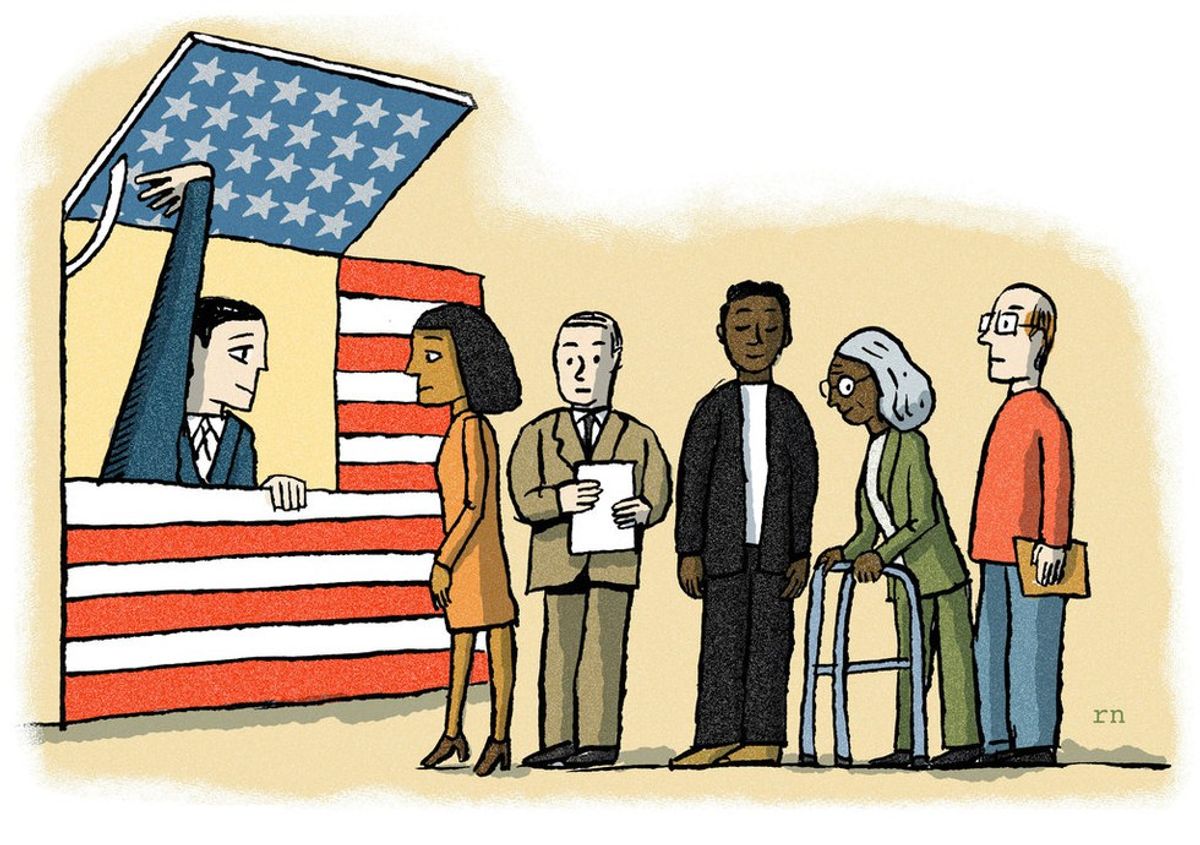 We're only four weeks into perhaps one of the most tumultuous presidencies the United States has seen yet, but one of the few good things that this administration has produced has been a level of political activism rarely seen in our nation. Not only have there been marches and protests, but ordinary citizens are also speaking up in big ways. Perhaps you want to make your voice heard, but you're not sure how. Here are some tips on what you can do.

Don't use Facebook or Twitter as your platform. Honestly, most people on social media are weary of politics and your voice on most social media platforms will be overlooked or flat-out ignored. (And yes, I acknowledge the irony of sharing this article on Facebook, Tumblr, Twitter, and other social media sites.)

Research everything. I don't believe the media is quite as inaccurate as 45 would like you to think, but I do believe some sources will have certain biases. So make sure to thoroughly research anything being reported. Check sources on both sides of the aisle and also try to find ones with minimum bias. Then form your opinions.

Don't Tweet to your reps and senators. This is perhaps the most ineffective way to let your representatives in Congress know how you feel. Some state reps and town council-people are more active on Twitter and take it seriously, but generally, national-level senators and reps aren't as concerned with social media.

Do what feels best for you. If you have intense phone anxiety, write emails and letters and faxes. Emails are not as effective, but word them well and they will be noted.

Schedule appointments with your senators and reps. If you have a story you think is important to a national issue (like healthcare reform, why you think a certain cabinet member is harmful - which is less important now, but keep it in mind for future elections - and other things), communicating this face-to-face to your rep or a staffer will be even more effective.

Stand up for those being attacked. Protect your legal immigrant friends or those who are here on legal visas. Protect anyone of a minority who is being attacked for their race or religion.

Call. Take five minutes out of your day and call. 5 Calls and It's Time To Fight are good resources for current issues, although they are a bit more liberally-biased. But they also provide good phone scripts that you can tailor to your concerns and opinions. Another way to combat phone anxiety: call after hours. Leave a strong message that still follows your script and you won't have to talk to a real person. Just make sure to leave your name and city and zip code so staffers know you are a constituent and not some random person from another state.

But remember this above all else, the president, the senators, the Congressional representatives, the state representatives and senators, the governors - they're all there to serve US. We put them in power and we can remove them from it if they are not doing their jobs to the benefit of the American people. Keep resisting, my darlings, because this country belongs to us, not Trump.

Caitlin Marie Grimes
University of South Florida
9492
Beyond The States