Why History’s 'Barbarians Rising' Was Just a Disaster
Odyssey

Why History’s 'Barbarians Rising' Was Just a Disaster

Because Rome is evil and sanitation and roads are just conspiracies. 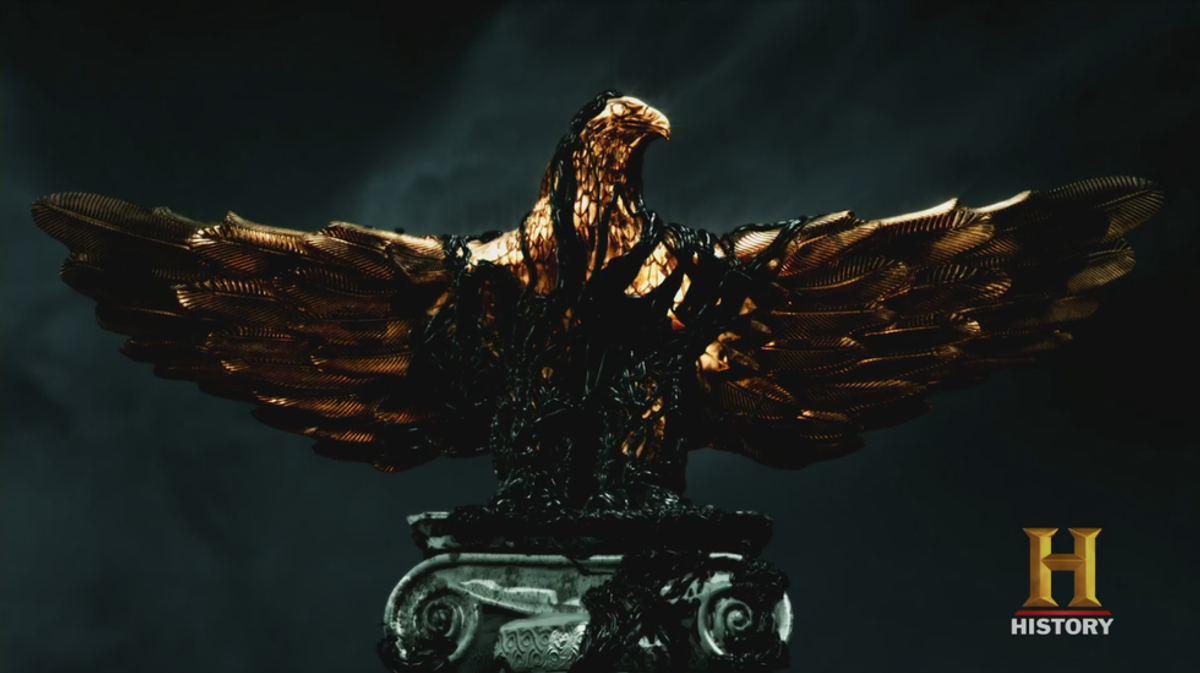 The History Channel broke from its recent streak of content featuring “History Made Every Day” with the premier of the new Docudrama, “Barbarians Rising.” The series was advertised as a look into the rise and fall of the Roman Empire through the eyes of the great "barbarian" leaders that had arrayed themselves against it.

As a big fan of history and someone who loved some of the old series that the History Channel produced, I sat down with my dad (also a big nerd) to watch the premier. We were disappointed.

I’ll explain exactly why this show and the premier especially was a disaster in my eyes by examining one of the greatest generals of all time. The man who nearly brought the Roman Republic to its knees and whose name continues to march on through history: Hannibal Barca.

The show begins with a flyby of a frigid mountain range, with text informing the audience that it is the Alps in 218 BC. Then the narrator begins, “The decline of the Roman Empire begins at 1500 feet—“

Anyways, we are given an extremely simplified explanation of the First Punic War, which boiled down to Rome built a navy and took over Sicily, then forced punitive war reparations on Carthage.

We are then introduced to a 9-year-old Hannibal Barca, as he makes his legendary blood oath to always be an enemy of Rome. The show then sort of fast forwards through the rest of Hannibal’s life up to the Second Punic War, but I’d like to briefly go over his time in Iberia.

Hamilcar Barca, Hannibal’s father, after the end of the First Punic War still had an essentially undefeated army. He was therefore understandably upset with both the leaders of Carthage and Rome. So, he essentially said, “F you guys I’m gonna take over Spain.” And he did. For the next two decades Hamilcar and his sons went on a campaign carving out their own kingdom in southern Hispania. So remember, at this point Hannibal has spent his entire adult life fighting, conquering and hating the Romans that made a fool of his father.

So, when Rome makes an alliance with the city of Saguntum, Hannibal sees it as an insult to Carthage. And he responded in force, besieging and pillaging the city. Thus beginning of the Second Punic War.

The show then brings us to Hannibal gathering the Lusitanian tribes to join his army. I do not know enough about if or how many of them joined the Carthaginian army to comment on the accuracy of this. But the show claims that the way he united these tribes to fight with him was by convincing them that the Coalition would be fighting the Roman slavers as just freedom fighters.

Yes, that sounds awful, because it is, but it underlies a larger point. Slavery was a fact of life in the ancient world. Raids and battles were fought just to capture slaves either for ransom or labor.

I do not understand demonizing the Romans by focusing on their slaving practices. Virtually every culture in the ancient world had slavery in one form or another. Obviously I in no way condone it, but it can’t be used to paint them as worse than anyone else around them. They’re a product of their time, and slavery is unfortunately a part of that.

This is something I kept noticing as the premier went on, especially with Boudicca and Hannibal. Rome does something reprehensible (First Punic War/Saguntum), usually to whichever barbarian leader is being spotlighted. Which then justifies whatever the leader does to cause the slaughter of any number of Romans. The show holds the leader up as a hero, the Romans as devils and goes into great detail about how impressive the strategy and one great victory the barbarians had, then quietly sweep under the rug how the Romans completely crushed them afterwards.

Which is exactly what they did with Hannibal’s story. Painted Rome as an ambitious republic seeking to enslave all who weren’t Roman and Hannibal as a hero who would lead all those persecuted people against the Roman oppressors, which is at best a tawdry retelling of history.

The show then switches to Rome’s response in the form of an army on March to Hispania, under the command of Publius Cornelius Scipio. At the same time, Hannibal carries out his plan to make a surprise attack on Italy. As Hannibal and Scipio both move, they very nearly cross paths in southern Gaul as their armies came within a hundred miles of each other. But Hannibal chose to avoid the Romans and march into the Alps as winter sets in, which then and even now is an insane prospect.

Thus begins the famous march across the Alps, and I’ll give credit where it’s due: the show does well in conveying exactly how audacious and perilous this journey was. The talking heads do a good job instilling in us the despair of the crossing and Hannibal’s strong leadership in the face of the—

Is that the Reverend Jesse Jackson!?

Why is Jesse Jackson Here?

This is another problem I have with the show. It is perplexing to me why some of these people were chosen to be talking heads for this show. I sort of understand why they chose to include civil rights leaders like Rev. Jesse Jackson and Dr. Clarence B Jones because they are trying to draw comparisons between the barbarians and the fight against slavery in the USA, which as I’ve said is in of itself mystifying. But why is Rep. Tulsi Gabbard and Robert Herjavec (Yeah, the guy from "Shark Tank") here?

It’s distracting to have military leaders and historians be intercut with these random faces that the average viewer is more likely to recognize and latch onto. Their presence is off putting and just sort of destroys the flow of the documentary part of the docudrama.

The Carthaginian Coalition marches into northern Italy with a severely depleted and exhausted army. Then Hannibal manages to defeat the Roman army twice, in the Battles of Trebia and Trasmene, which is just sort of glossed over. And we rush onto the Battle of Cannae, where the show faces an undefined number of Carthaginians against a Roman army of 85,000 led by Publius Cornelius Scipio, who was actually the son of the other Publius Cornelius Scipio (and yes, I’ll admit Romans were actually awful when it came to naming people).

The show then outlines Hannibal’s strategy. Allowing the Romans to push into his weaker center line, while his elite infantry and cavalry encircled the Roman army, where they then wiped out almost the entire Roman army. But the show paints this battle as a scrappy group of freedom fighters overcoming an oppressive empire of slavers, with Hannibal being a heroic figure in the face of tyranny.

Which again is just a baffling choice. Hannibal was a general looking for vengeance. His army, like most at that point in history, were mercenaries and bandits interspersed with a few veteran career soldiers. They had a few amazing victories and stood against the best military in the region, I can’t deny that. But the show ignores his subsequent 14 year reign of terror where he burnt and pillaged the Italian countryside and people, and his eventual defeat by Scipio Africanus at Zama.

"Barbarians Rising" has been advertised as “The rise and fall of the Roman Empire, told through the stories of the men and women who dared to fight it.” In concept it’s a great idea, learning about the history of Rome from the outsider’s point of view. But the execution of the show completely ignores exactly how these leaders showed cracks in the foundations of Rome and instead focuses on a few battles and names in the war and depicts all Romans, even those that saw to the continuation and strengthening of Rome, as incompetent, arrogant and often evil.

It’s obvious that for whatever reason the producers want to present Rome as an evil empire terrorizing the people it conquers as it slowly engulfs the entire known world, with actual historical accuracy and wider analysis of the subjects as a secondary objective.

I see this as a disaster because I want history to begin going back to more historical content. I want more ideas like this to be produced. But it needs to be better; history told with a motive is always warped with inaccuracies. I believe after years of history being made today, History Channel’s audience deserves entertaining and informative content, but it can not be biased in the way "Barbarians Rising" clearly is.

As an aside, it is so weird they did not include Vercingetorix. Why? In part it is because he was a great leader who managed to unite the Germanic tribes and matched wits with the Julius Caeser (the first Emperor of Rome) But also—

LOOK AT HIS MUSTACHE! WE MUST FORCE MORE ACTORS TO GROW SUCH MAGNIFICENT MUSTACHES!