She wanted to run away, or at least take a day off, but then a single sentence full of love would make her accept it all. 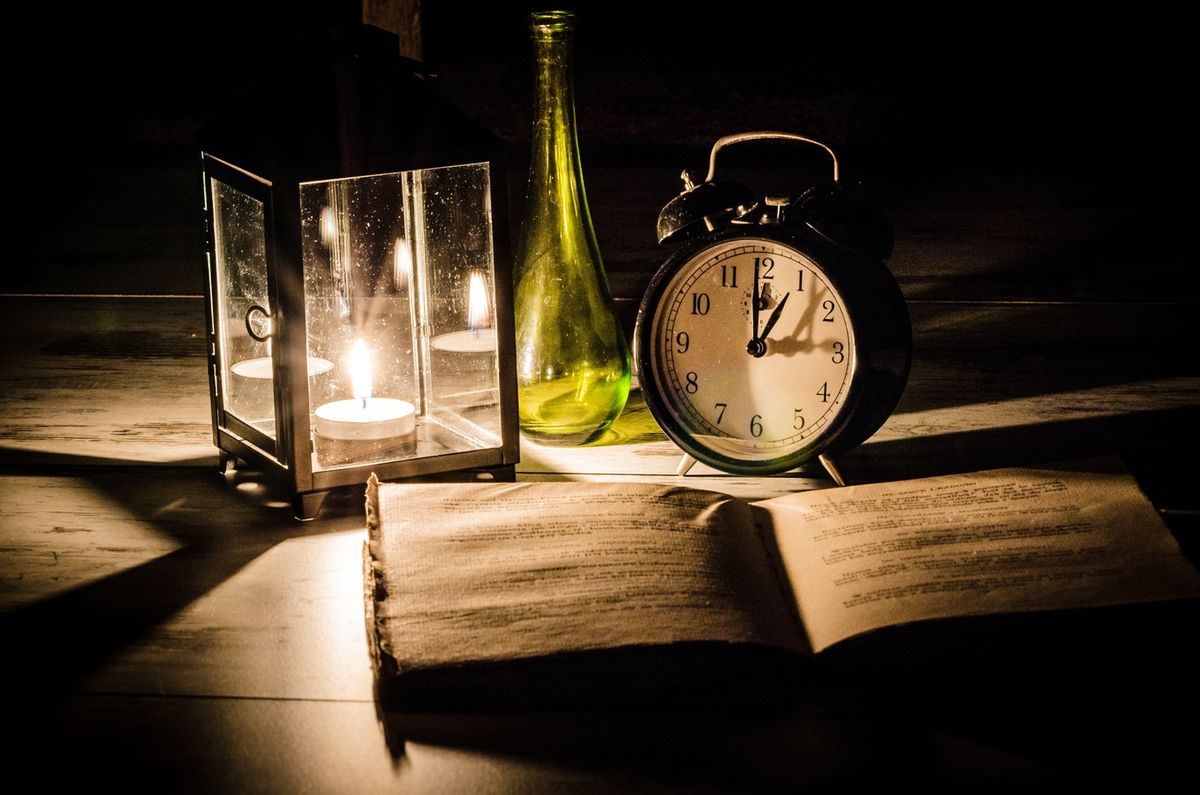 While ironing the clothes, her ears were waiting for the washing machine to ring. The washing and ironing went simultaneously. There was no other option. She had to manage her tasks this way. This is what happens when you have to take care of three kids and a husband. The days were ordinary but so extraordinarily busy, always.

At times she did get tired, not of the work but of the monotonous life she was leading. Waking up when even the sun hadn't surfaced, busying herself with the pre-school preparation for the kids, making a different kind of breakfast for every member, sending the kids away with their father, and when they were gone, she still couldn't rest. There was cleaning to be done, washing and ironing, and lunch was to be prepared, for the kids would be ravenous when they came back after a tiring day. The rest of the day was spent in listening to their stories, sorting out their fights, and helping them with their homework.

When they'd eaten and gone to bed, she still had to stay awake, for him.

She wanted to run away, or at least take a day off, but then a single sentence full of love would make her accept it all.

She woke up every day with a smile on her face, the routine made it wane, and just at the end of the day, when the smile was about vanish, he would lift her in his arms, and a light kiss planted on her lips was enough to bring the smile back, no matter how deep it was buried. She loved him, and deep down she knew he loved her more than he could ever express.

It was a similar day. As the ironing business had ended, the kids were already back home. Her youngest girl – five years of age – was the smartest of all, she could take care of herself better than the other two. The eldest boy – who was nine years old now – still found it difficult to eat on his own. The second kid was also a boy and thus careless. Boys are always careless.

Was it not the carelessness that had made her fall in love with him the first time? Or was she more careless to jump into marriage so soon? She shooed the thoughts away and helped the boys with their meal.

The sun had gone to bed and so had the kids. He was unusually late today, or maybe not so unusual now. Sitting on the sofa, she started reading her book while waiting for him. Reading was her only luxury these days. The clock would wait for an hour and a half before declaring that it was midnight.

She picked up her phone and enquired through a text message. She was smart enough to know that you don't bother someone unless it is extremely important - or they're unusually late.

Another half hour, and now the panic strikes. There was no reply yet to her text. With half-closed eyes, she picked up her phone again, looked at the clock and left it back on the sofa beside her. 'Half an hour more,' she told herself.

The sound made by the open book falling on the floor was the one that woke her up. She was still sitting and waiting for him. The clock was now five minutes away from bringing all the arms together, killing their loneliness for a brief moment.

With a slight movement of her left hand, she removed the hair from her face, especially the ones falling in her eyes. She now had to call him. The fear was now enormous. Her thoughts had run wild and she wanted to shut them all, knowing that it wasn't possible. As her fingers touched the screen of the smartphone, she silently prayed that everything was okay.

The phone set on the table vibrated again. This time the vibrations were long-lasting. But it was not the only thing in the room that was moving to and fro. The motion on the bed was even more ferocious.

'Your phone. I guess it's your wife.' She said, pausing between her moans and gasps.

Kissing her briefly, he rolled over her body, declined the call, and typed the text: