The 2016 election left Hillary on the losing end, but there are a lot of reasons why she would still be a better candidate than Joe Biden. 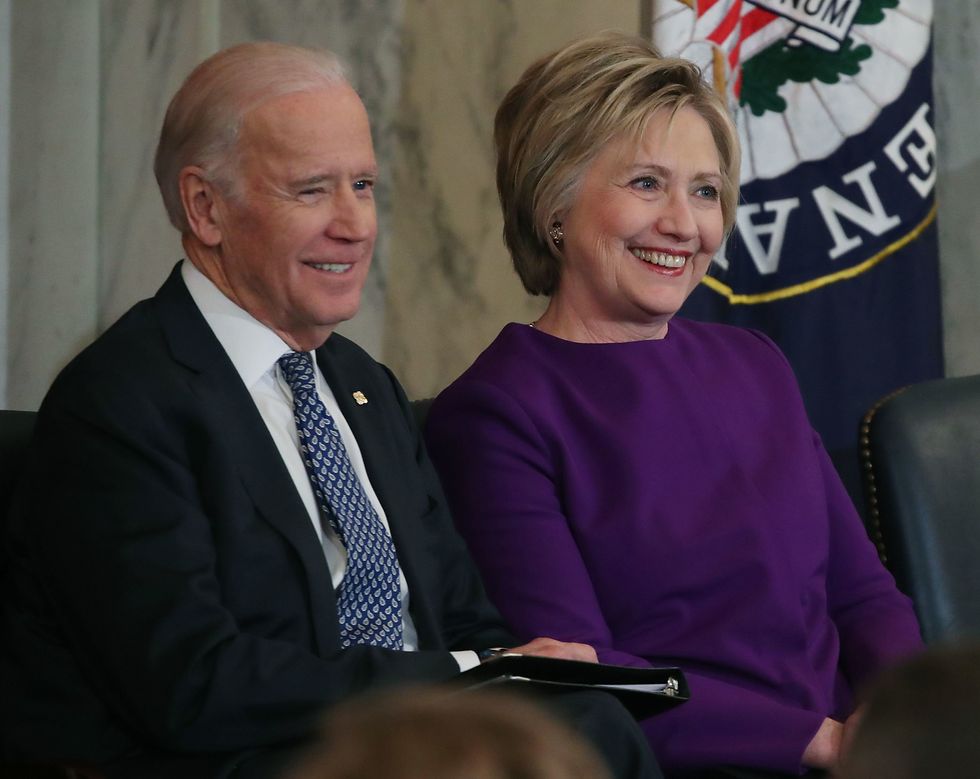 Recently, The Hill published a piece covering Joe Biden's campaigning struggles. In it, they talk about how amid these struggles, Hillary Clinton is still waiting in the wings, ready to take the Democratic nomination and face off against Donald Trump in the 2020 general election if needed.

While the 2016 election left Hillary on the losing end, there are a lot of reasons why she is legitimately a better candidate for president than Joe Biden.

1. She hasn't been accused of sexual assault like Biden and Trump

But Hillary doesn't have any sexual assault allegations. So for Me Too Democrats that are struggling with supporting a candidate with allegations against him, Hillary would be a breath of fresh air.

Democrats, despite having one of the most diverse primaries in history, ended up with two old white men as their frontrunners, Biden and Bernie Sanders.

Hillary immediately brings back a sense of diversity to the Democratic presidential candidate.

3. Her controversies are behind her

Hillary's email scandal is behind her and in the past. Whereas Biden is actively facing allegations for sexual assault.

This is an important deal, especially in a debate scenario against Trump who will notoriously use whatever he can to slander the credibility of his opponent — as he did in 2016 with Hillary.

4. A woman as president would be a breath of fresh air

Let's be real, having a woman as our president would be amazing. It would be the first time in our nation's history and after a Trump presidency, having a strong, capable, and worthy woman running our country would be an amazing change of pace.

5. She's taken on Trump before

It's as simple as that. Biden has not been in a head-to-head debate scenario with Trump. Hillary has. She knows what he will do and I'm positive she'd be more prepared to step into the ring with Trump again.

Biden, who has had to overcome a stutter in public speaking, would probably be immediately attacked by Trump and could end up looking incompetent and unresponsive to the aggressive bullying of Trump that somehow displays an alpha sense of capability and killer instinct.

6. She has more social media clout than Biden

Hillary's follower base across social media channels like Twitter far outweigh those of Biden. While that may seem inane, for young voters who might have a huge pull on the upcoming election, those statistics matter quite a bit. It shows candidates as personable and thus more electable.

According to the article from The Hill, Hillary's "'enthusiasm' readings were better than Biden's today, as was her polling in critical battleground states."

Although her candidacy didn't exactly sit right with some people in 2016, she was doing better in her race against Trump than Biden is currently doing by that metric. And that's important because Hillary lost in 2016. So if Biden is underperforming, it doesn't look good for his chances against the president.

With Hillary performing as she did while facing heavy criticism from Russian interference in the election, her chance to beat out Trump in a year where she does not have to contend with the same criticism seems really good.

Realistically, the goal for Democrats should be to beat Trump and win back the White House. And if they are looking at the situation right now, as it stands, the allegations against Biden are unsettling.

So, do Democrats stick with their "safe choice" candidate in Biden or let Clinton come back to take on Trump? Seems to me that Biden is going to struggle in the general election, but Hillary might actually be able to come in and shake up the nation with a 2020 win.